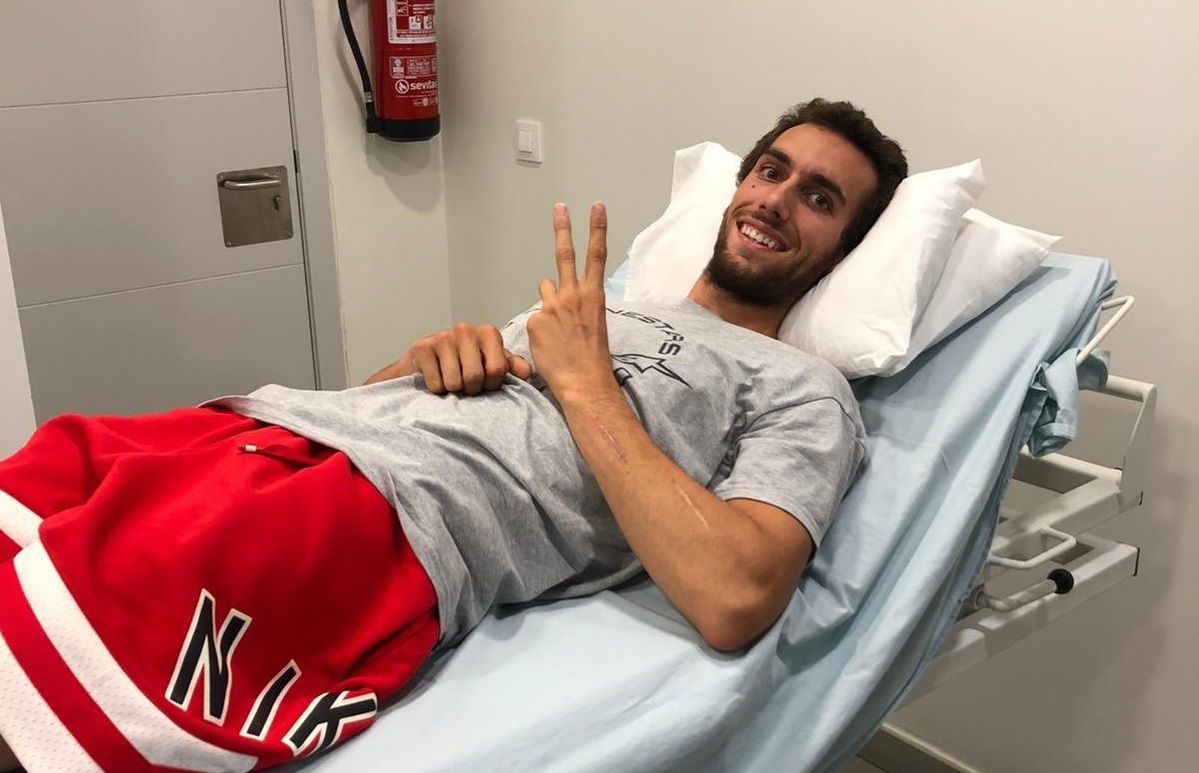 Marc Marquez and Cal Crutchlow have successfully undertaken surgery after their heavy crash during Jerez MotoGP round as Alex Rins starts his rehabilitation.

Following their heavy crashes at Jerez during the opening round of the 2020 MotoGP, Honda’s Marquez and LCR’s Crutchlow have had their surgery completed in Barcelona, while Suzuki’s Rins has started with his rehabilitation.

Marquez was diagnosed with a broken right humerus and was treated at Hospital Universitari Dexeus by Dr Xavier Mir and his team in collaboration with Dr Barrera. They performed an open reduction and internal fixation of a titanium plate to the right humerus.

The surgery was successful as the doctors did not have to touch the radial nerve. Marquez is to remain in the hospital for 48 hours as he is officially out of this weekend’s MotoGP race at the same venue, where Honda will only field Alex, as the senior pro wishes to return by Brno weekend.

Crutchlow, meanwhile, had his left hand’s wrist surgery, where a small screw was inserted into his scaphoid to fix the fracture as the Brit is aiming to be at the track on Friday. “Everyone who races in the World Championship has the unfortunate possibility of getting injured and having to go to the operating room,” said Honda manager Alberto Puig.

“Unfortunately, it was our turn and it was Marc who has had to undergo surgery. Marc will take some time to recover but we are happy with how everything has gone. Doctor Mir and his team have taken care of the entire situation since the fall and performed a successful operation.

“This gives the Repsol Honda Team a lot of motivation, knowing it went well, but now we have to be patient to see how Marc recovers and to understand when he can return. Cal Crutchlow also had an operation that went well and in principle, his intention is to test the wrist on Friday. We are optimistic about his participation in the Grand Prix.

“This weekend we will be focused on Alex, helping him to take another step forward. When you are young and new in a category, every week you improve and grow. We hope he can close the gap to the front of the race.”

For Rins, he has started feeling better amid rehab for the dislocated shoulder as he, like, Crutchlow is aiming to be on the grid this weekend at Jerez. Both of their calls will be taken only after assessing how they feel on the bike, with Marquez already ruled out.