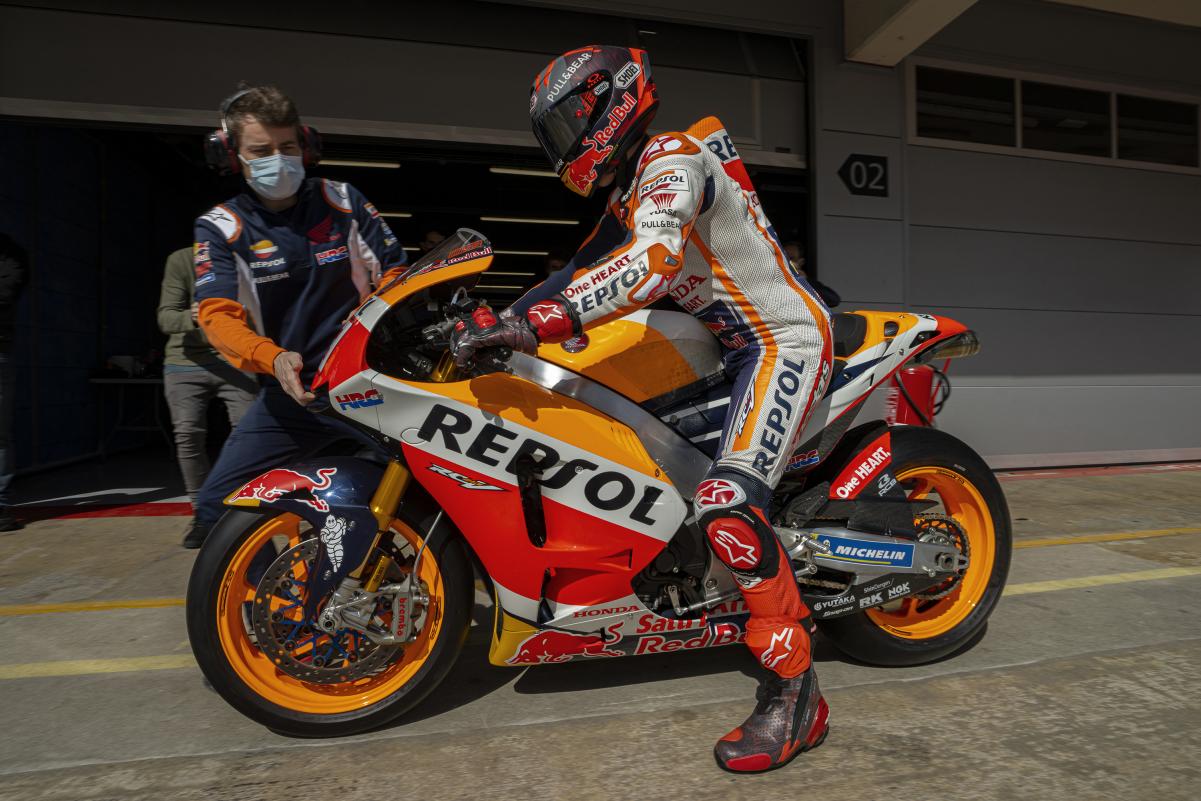 Marc Marquez has been cleared to make his MotoGP return in Portugal, while the sporting activity will constitute to have ‘reasonable risk’.

Doctors have cleared Marquez to make his MotoGP return with Honda next weekend in Portuguese GP after the recent medical check. They are satisfied with the progress made on the infection he suffered after the surgery to his shoulder.

The doctors note about a ‘reasonable risk’ the sport carries which is already known. Marquez will now need to undergo mandatory pre-weekend medical check at Portimao, who will give the all-clear for the Honda rider to finally get on the bike.

The statement from Honda notes: “In the review carried out on Marc Marquez by the Hospital Ruber Internacional medical team, four months after surgery, led by Doctors Samuel Antuna and Ignacio Roger de Ona, and made up of Doctors De Miguel, Ibarzabal and Garcia Villanueva, for an infected pseudoarthrosis of the right humerus, a very satisfactory clinical condition was found, with evident progress in the bone consolidation process.

“In the current situation, Marquez can return to competition, assuming the reasonable risk implicit in his sporting activity. Marquez will travel to Portugal where he will undergo a pre-race medical check before taking part in the Portuguese Grand Prix weekend once cleared,” it summed up.

Meanwhile, Marquez added: “I’M VERY HAPPY! Yesterday I visited the doctors and they gave me the green light to return to competition. They have been 9 difficult months, with moments of uncertainties and ups and downs, and now, I will be able to enjoy my passion again! See you next week in Portimao.”

While it has not been mentioned in the release, but it is likely that Stefan Bradl will certainly be present in Portugal, just in case, Marquez doesn’t fell all right, after being away for so long. Honda will hoping that the Spaniard is proper ready already.