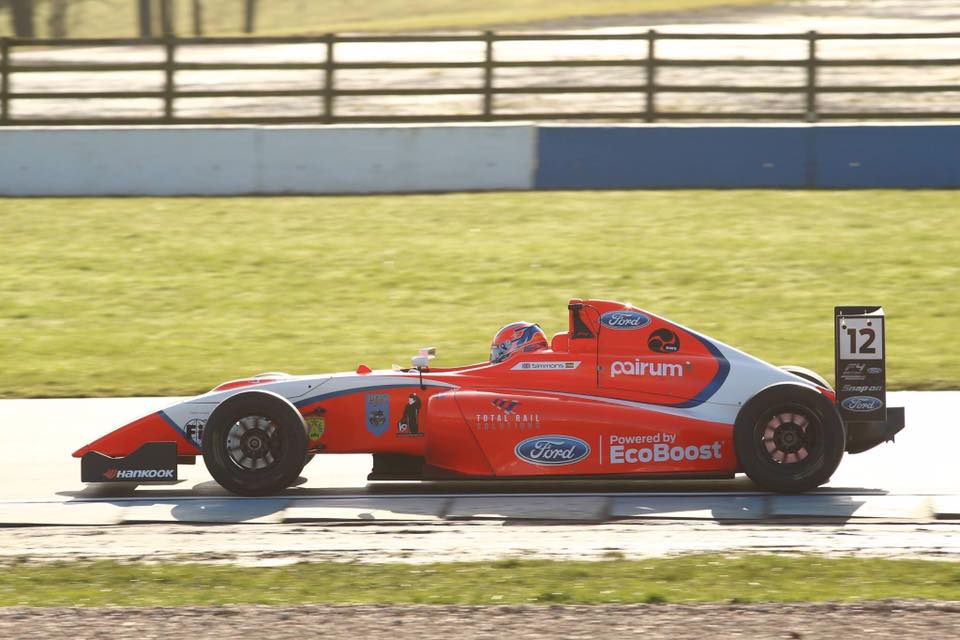 Ayrton Simmons and TRS Arden claimed a flawless win from pole position in the second round of the F4 British Championship certified by FIA – powered by Ford at Brands Hatch. It was Simmons’ maiden victory in the series, having been vice-champion in the Rookie class last season.

A lightning start saw Simmons comfortably led into turn one and he never looked back. Calm and composed out front, the 15-year-old racer from Epping didn’t put a foot wrong all race.

Simmons, a product of the Young Racing Driver Academy managed his tyre wear expertly and it paid dividends, allowing him to gradually pull away from the chasing pack in the latter stages on his way to the chequered flag.

JHR Developments driver Billy Monger started alongside Simmons on the front row, but Carlin’s Patrik Pasma who lined up third made an excellent getaway to propel him up to second. He held off Monger for the duration, setting fastest lap in the process. Meanwhile team-mate Logan Sargeant joined the fight for the podium positions, ultimately bringing home his second fourth place finish of the weekend.

Despite being unable to find a way past Pasma, Monger was pleased to return to the podium and also recorded his second Ford F4 Challenge Cup class win of the weekend.

Round winner one Jamie Caroline made a trademark excellent getaway, making his way past TRS Arden’s Alex Quinn and Oscar Piastri in the opening stages. However, much like race one he couldn’t escape the clutches of the TRS Arden pair, as well as Fortec Motorsports’ Oliver York who provided plenty of entertainment in only his second British F4 start.

Having squeezed by Manuel Sulaiman, York proceeded to seize an opportunity when Quinn attempted to overtake Piastri through Paddock Hill Bend. Quinn couldn’t make the move stick, losing momentum into Druids and York tip-toed his way around the outside of Quinn to take seventh. However Quinn returned the favour several laps later, at the very same corner to retain the position.

JHR Developments’ Manuel Sulaiman recorded another points scoring finish ahead of Richardson Racing’s Harry Webb who claimed his first top 10 result, as well as third in the Ford F4 Challenge Cup class. Webb turning the tables on Double R’s Karl Massaad and Daniel Cao who had finished in front of him in round one after a thrilling battle.

Elsewhere, the race saw two retirees in the form of Yves Baltas and Linus Lundqvist, with both aiming to finish the weekend on a high in the final race.