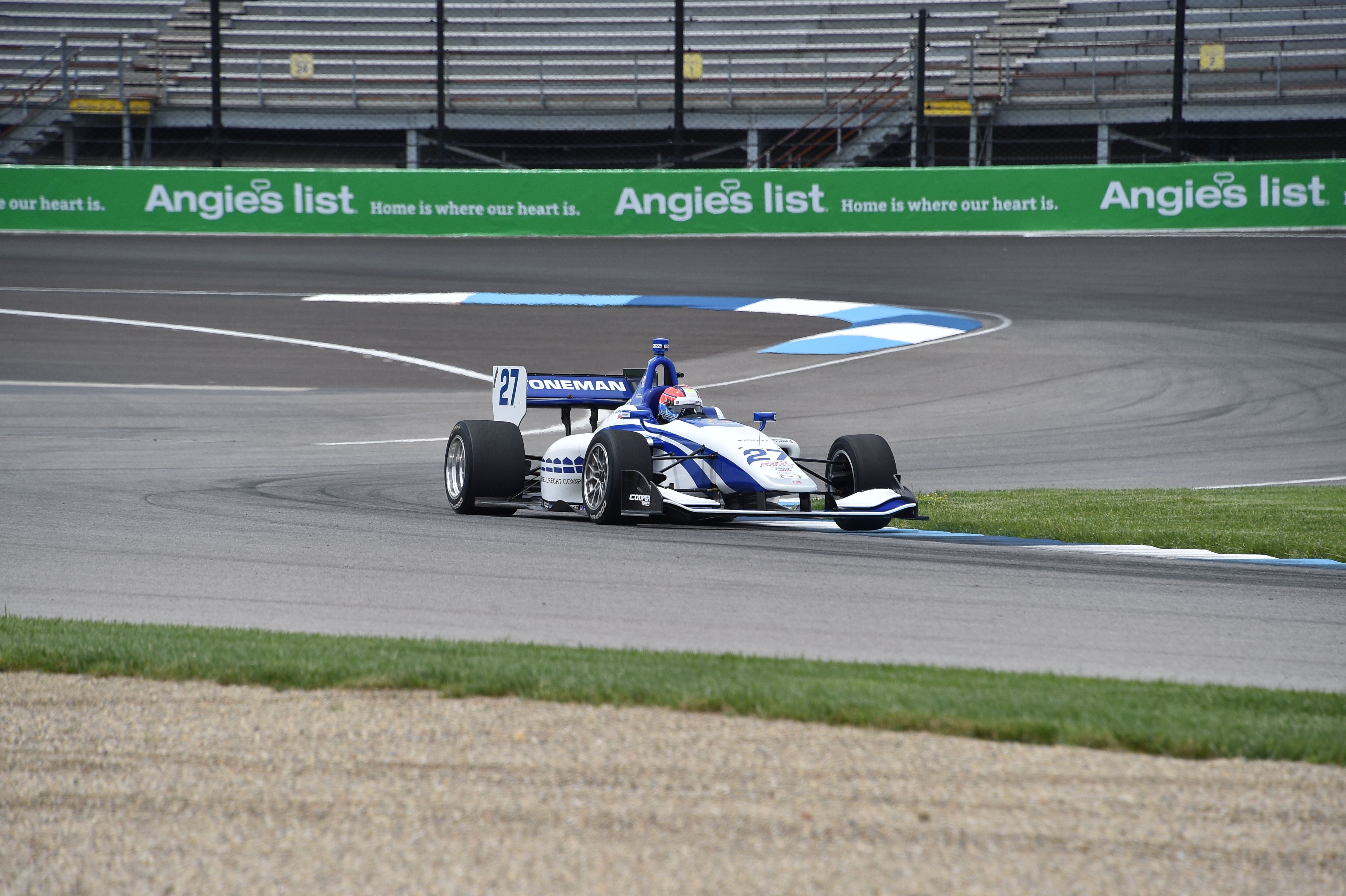 Maiden victory for Stoneman at Indianapolis road course
The second Indy Lights presented by Cooper Tires at the Indianapolis Motor Speedway road course took place on Saturday. The race was won by the series rookie Dean Stoneman who claimed his first victory for Andretti Autosport.

The start of the race was delayed after incidents on the formation laps. First RC Enerson spun at the final corner of the first formation lap. Soon after that Andre Negrao spun into the wall on the front straight when trying to warm up his tires.

Once the race got started, Felix Serralles got a great start and was alongside the polesitter Ed Jones into the Turn 1 but had to go onto grass and lost positions. Jones led the race on the first lap but missed breaking at the end of the back straight and went wide, falling into 8th place. Meanwhile, Felix Rosenqvist was running third on the first lap but was spun by his Belardi Auto Racing teammate Zach Veach, also at the end of the back straight.

Dean Stoneman led the field after the first lap. The top three of Stoneman, Santiago Urrutia, and Felix Serralles quickly pulled away from Kyle Kaiser in fourth place while Ed Jones managed to improve into fifth place.

Stoneman wasn’t able to pull away from Urrutia and Serralles as the top three run within 1.5 seconds. At the start of the lap 13 Serralles overtook Urrutia on the front straight for second place.

Serralles was putting pressure on Stoneman in the lead. Then with seven laps to go, Serralles missed the breaking into the Turn 11 and had to go through the grass runoff. He was overtaken by Urrutia for second and Kyle Kaiser for third place. Serralles lost one more position on the front straight as he got overtaken by his Carlin teammate Ed Jones for fourth place.

The top five remained intact since then while Felix Rosenqvist had climbed into sixth place after the first-lap incident with his teammate. Santiago Urrutia was able to put pressure on the leader Dean Stoneman and had his best overtaking opportunity with three laps to go on the back straight. Stoneman was able to defend his lead and build some gap after that to win the race by 0.8 seconds to Urrutia.