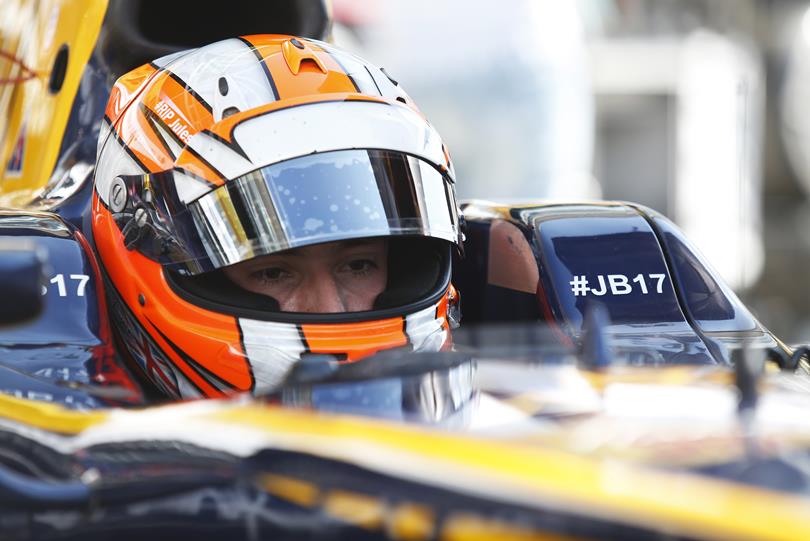 Williams F1 test driver Alex Lynn grabbed his second GP2 pole position in a dramatic qualifying session at a wet/dry Sochi Autodrom: the DAMS racer set the best laptime of 2:01.850 in the dying minutes ahead of Series leader Stoffel Vandoorne and Alexander Rossi.

The pitlane opened in cooler temperatures than this morning’s free practice, and on a wet track. But as the clock ticked down, the conditions improved (but not enough that the drivers could switch to slick Pirelli tyres), and so did the laptimes with the top spot switching hands constantly. It rapidly became clear that the pole position would be decided on everyone’s final attempt.

All eyes were on Series leader Vandoorne and his title rival Rossi: the Belgian topped the timesheets midway through the session, but the American bettered Vandoorne’s laptime by two tenths with ten minutes left on the clock.

The final stages saw an epic denouement: Pierre Gasly went P1 ahead of Arthur Pic, but Rossi improved again to edge out the Frenchman from DAMS from the top spot. Then Vandoorne dipped under 2m02s and went top, but Lynn crossed the finish line seconds later with a laptime good enough to deny the Belgian. He had no other choice but to go for a final try.

As Lynn returned to the pits, Vandoorne was stuck in a bit of traffic in the final sector. He decided to slow down in order to create a gap to the cars in front of him, and get ready for one last charge for pole. Unfortunately, he lifted off a bit too much and crossed the finish line a mere second after the chequered flag dropped and had to settle for second ahead of Rossi. Gasly, Pic, Johnny Cecotto, Raffaele Marciello, Richie Stanaway, Norman Nato and Sergey Sirotkin completed the top ten.