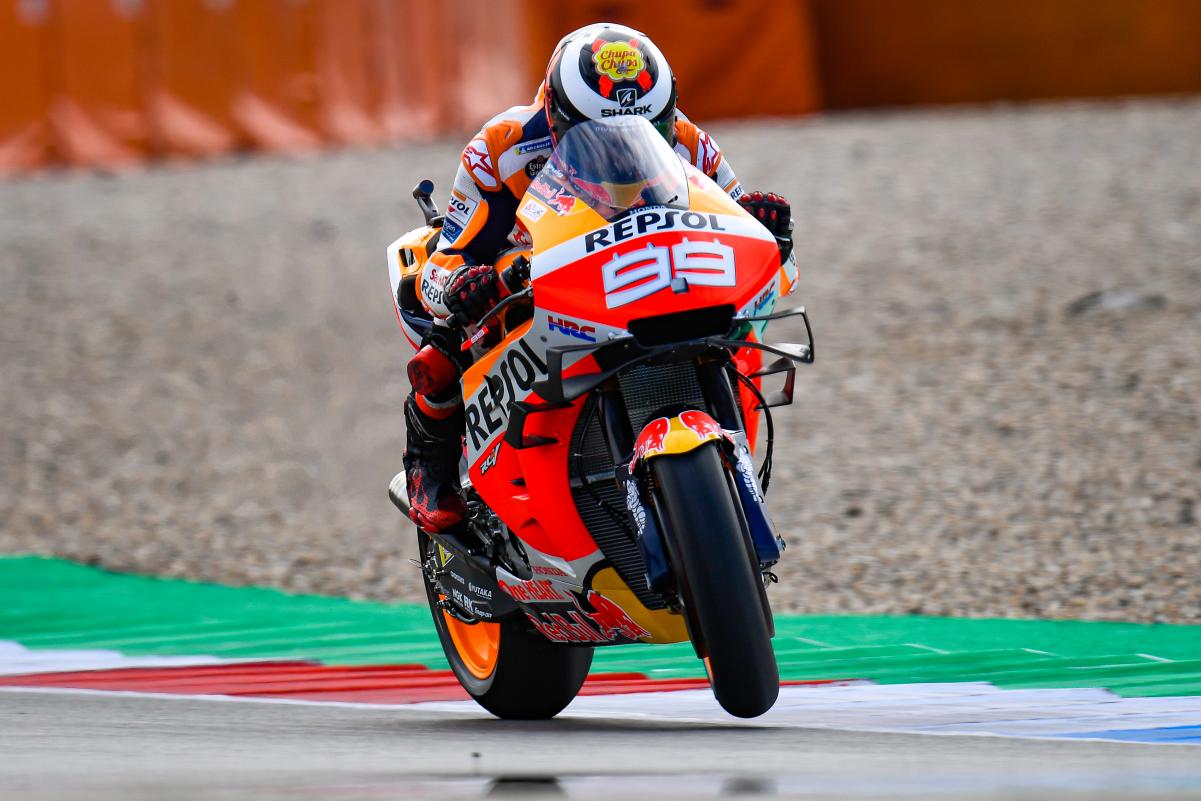 Honda has confirmed the return of Jorge Lorenzo for this MotoGP weekend’s British GP at Silverstone circuit.

After injuring his vertebrae during the Assen MotoGP round, Lorenzo not only missed the Dutch GP but also the German GP and post summer break’s Czech GP and Austrian GP, where Stefan Bradl replaced him.

The German secured points finishes with the best of 10th, when teammate Marc Marquez had two wins and one second place. Honda and Lorenzo set out a plan to return for the British GP weekend at Silverstone.

The Japanese manufacturer has confirmed his comeback with Lorenzo itching to get back on his bike and continue to work on improvements. “It is very good to be back with the Repsol Honda Team, it has been a long time since Assen,” said Lorenzo.

“I would have liked to have been back sooner, but the nature of the injury meant I had to take my time. While away from the track, I have been working hard to be as ready as possible for Silverstone but I know it will take some time to get back up to speed.

“I am pleased and ready to be back with the team so we can keep improving and get the results we know we can achieve.” While his was recovering from an injury, Lorenzo was linked to a Ducati return in a hot rumour.

The said idea was for to race for Pramac Racing but the team along with Ducati stuck with Jack Miller. There is no clarity if there was any truth in the speculations but Lorenzo is committed to his Honda contract for now.

However, things could change beyond the 2020 MotoGP season if there are no improvements made. The injuries has further complicated the things but only time will tell, which way Lorenzo goes next.