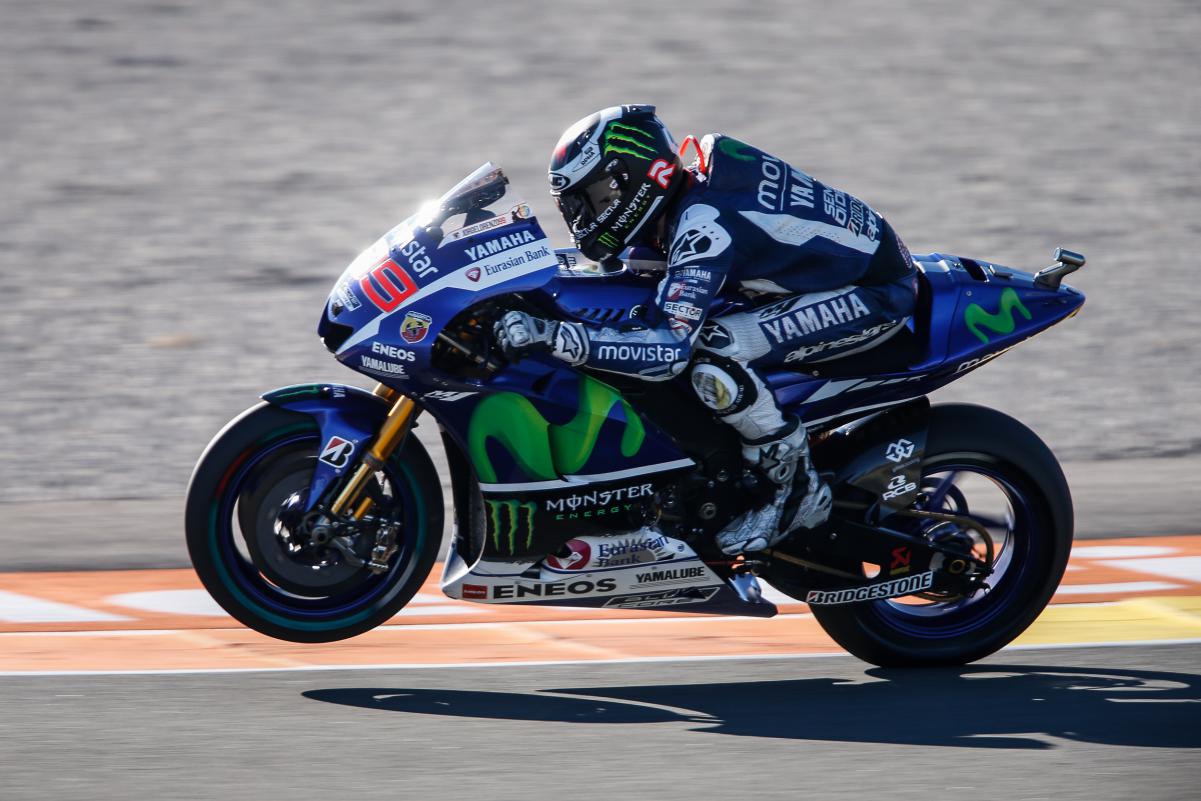 Jorge Lorenzo smashed the lap record on his way to pole ahead of Marquez and Pedrosa, as Rossi crashes and finishes Q2 in 12th.

Movistar Yamaha’s Jorge Lorenzo took the upper hand in the epic 2015 MotoGP™ World Championship battle against his teammate and title rival Valentino Rossi after claiming his fifth pole position of the season. The Mallorcan set the fastest ever MotoGP™ lap around the Comunitat Valenciana – Ricardo Tormo in near perfect conditions (Track temp. 30?C), a 1’31.011. In the process he smashed Marc Marquez’s Pole Record (1’30.237) from 2013 by over two-tenths of a second. Lorenzo said afterwards it was the most important lap of his life as he aims to overturn the seven-point advantage Rossi holds in the championship standings in #TheGrandFinale on Sunday. it was his 61st career GP pole position, and his 35th in MotoGP™.

Lorenzo set his fastest time on the second of his three runs as he made use of a two-stop strategy. The Spaniard is brilliant at managing races from the front and by starting on pole he has made the task of winning the Championship that much easier, as he aims to make it four wins out of four in Spain for 2015 after winning in Jerez, Barcelona and Aragon. Although don’t write Rossi off yet.

The ‘Doctor’ (+1.460s), who has to start from the back of the grid after the CAS denied his stay of execution on his penalty from Sepang, ended the session in 12th after crashing out on his last flying lap at turn 8 but walked away unhurt. It was only Rossi’s second crash of the season, and served notice to anyone that thought the Italian would not be pushing hard in Q2.

The only man who looked like he might displace Lorenzo at the top was Repsol Honda’s Marc Marquez (+0.488s). The Spaniard rode his RC213V to the absolute limit, having a number of huge moments, but even he could not deny Lorenzo in the end. Marquez was the only rider to get within half a second of Lorenzo, as he was another to utilise a two-stop strategy, recording his 16th front row start of the season in the process.

Dani Pedrosa made it two Repsol Honda’s on the front row as he qualified in third, but he was +0.505s off the pace of Lorenzo. Pedrosa holds a two-point advantage over Andrea Iannone (Ducati Team) in the battle for fourth in the standings, after winning two of the last three races. The Spaniard also has an excellent record at Valencia having won six races across all classes and should be a threat during Sunday’s race.

Team Suzuki Ecstar’s Aleix Espargaro (+0.906s) will start from the head of the front row in fourth in his best qualifying performance since Assen. The Spaniard’s feat was made even more impressive by the fact he was forced to progress through Q1 after ending practice in 11th on the combined timesheets.

LCR Honda’s Cal Crutchlow (+0.937s) qualified in fifth for the third race in a row as he was one of only five riders the break the 1’31 barrier in Q2. The Brit had been struggling with grip on Friday but improved to put in his best lap time on his final flying run to start as the leading Satellite rider.

Just 0.064s behind Crutchlow was his compatriot Bradley Smith (+1.001s) on the Monster Yamaha Tech 3 M1 in sixth. The British rider secured his first second row start since Misano as he aims to secure sixth in the standings from Ducati Team’s Andrea Dovizioso.

Iannone (+1.045) heads up the third row after he failed to improve on his best time from Practice that had seen him top the combined timesheets after FP3. Pol Espargaro (Monster Yamaha Tech 3) will start from eighth, with Dovizioso in ninth and Danilo Petrucci (Octo Pramac Racing) completing the top ten.

Maverick Viñales will start from 11th after he also made it through from Q1 alongside his teammate despite a nasty looking highside during that session, with Ducati Team wildcard Michele Pirro starting from 12th due to Rossi’s penalty.

Avintia Racing’s Hector Barbera will start as the leading Satellite rider in 14th, ahead of the man he leads in the standings by five points, Forward Racing’s Loris Baz, in 15th. American Nicky Hayden qualified in 16th as the leading Open class Honda in his last MotoGP™ race before he moves to WorldSBK in 2016, after he was inducted into the MotoGP™ Hall of Fame on Friday in Valencia.

EG 0,0 Marc VDS’s Scott Redding continued his struggles from practice and could only qualify in 19th, ahead of Australian Jack Miller (LCR Honda) in 20th and Eugene Laverty (Aspar MotoGP Team) in 23rd. Anthony West (AB Motoracing) filling in for the injured Karel Abraham was in 22nd, while Alex De Angelis’ replacement Broc Parkes (E-Motion IodaRacing Team) will start from 25th with Rossi lining up in 26th.

Check out the full MotoGP™ qualifying results; the 30-lap race kicks off at 14:00 local time on Sunday. Click here for our interactive guide to see where Rossi & Lorenzo would have to finish to lift the title, plus all the info you need on the #TheGrandFinale. 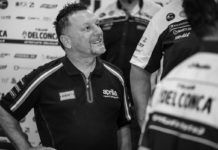