Home F1 Leclerc thought P6 was possible as he drove two laps with his... 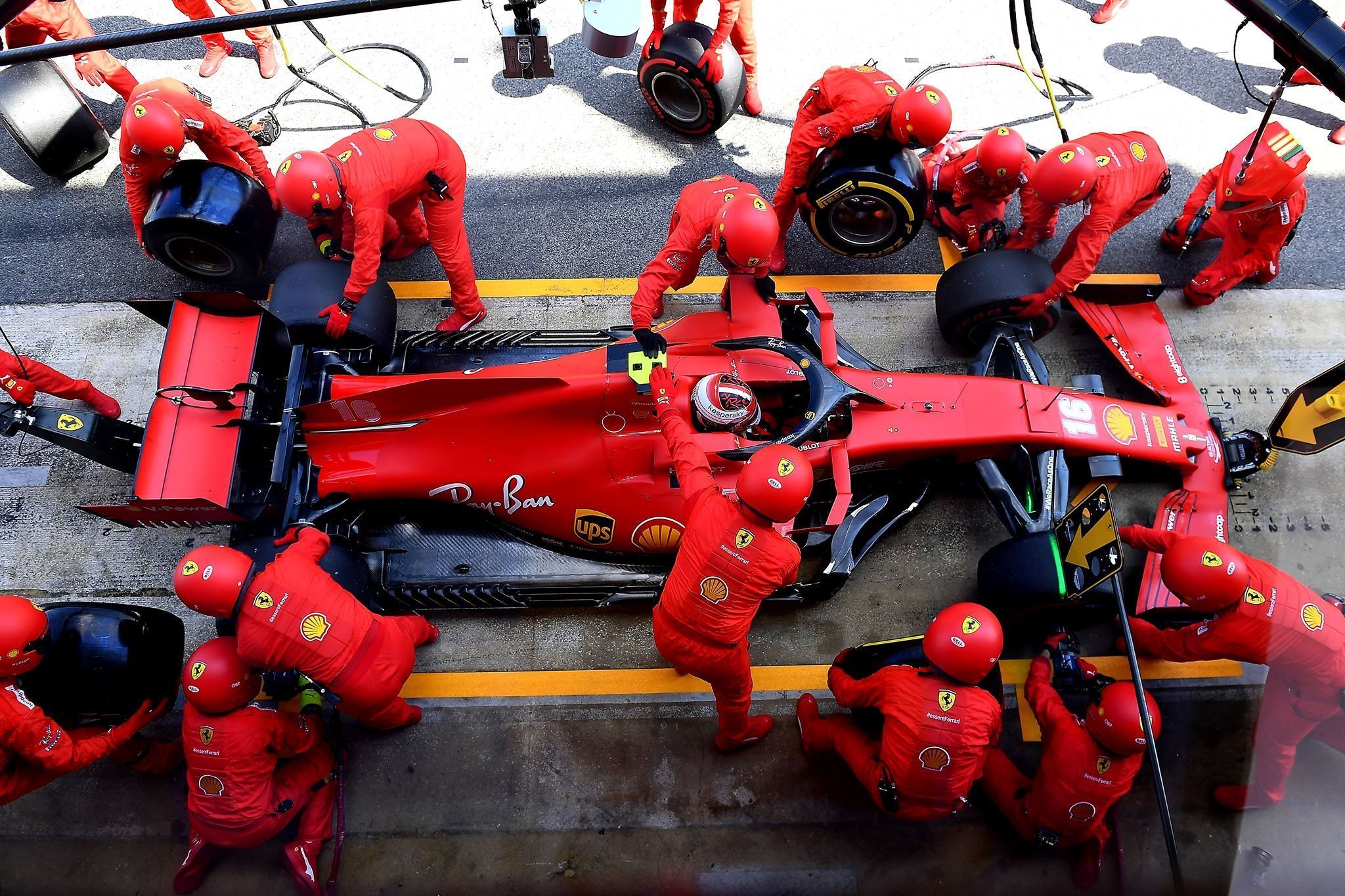 Charles Leclerc felt finishing sixth in F1 Spanish GP was possible before his Ferrari engine cut-off as he drove the final two laps without his seat belts buckled.

Leclerc stayed ninth from where he started during the early stages of F1 Spanish GP despite losing a place to AlphaTauri’s Pierre Gasly, as both had cleared McLaren’s Lando Norris at the start. The Monegasque tried to pass the Frenchman but to no avail.

Leclerc then reverted to gain places via strategy as he aimed to do a one-stop by saving his tyres. They were on-course to do it until his engine cut-off due to electronic issue, as he spun around. He thought his day was done but he managed to get going again.

While hastily trying to re-start, he unbuckled his seat belts. The car re-started and he drove for two laps but he was forced to pit and eventually retire, where he acknowledged on the radio about undoing his seat belt and his attach having flown out of the car.

Many at that time as well as after the grand prix pointed out the fact that Leclerc drove around without his belts, which seems to be a breach of the FIA International Sporting Code’s Appendix L’s Chapter III – Driver’s Equipment.

The rule states: “Drivers must be properly restrained in their seat by safety belts in conformity with the technical regulations for the vehicle concerned, at all times during a competition when it is mobile on a circuit, pit lane, special stage or competition course.”

Interestingly, there was no investigation done on it and no questions were asked to FIA Race Director Michael Masi in post-race media briefing. The Australian was asked about if they were looking to deploy the safety car where he said they were monitoring the audio.

“I was listening to Charles’ radio, and obviously his communication with the team,” he said to media including Racefans.net, Motorsport Network, BBC and more. “Obviously monitoring with the engine still going, got in contact with the team immediately to see if he was going to restart or not. It was close, is probably the easiest way to put it.”

While this seems to have been overlooked then and Leclerc and Ferrari seems to have escaped any kind of penalty, the discussions can still be held during the Belgium GP weekend for further clarity as to why it was not publicly investigated.

“There were two issues,” said Leclerc. “The first one was that the engine switched off, and then I tried to turn it on again. When I saw it wasn’t going — when I saw it wasn’t starting again, I took off the seatbelt, so then I had to box again for the seatbelt, and unfortunately the race was already over. it’s a shame but we’ll work to figure out what went wrong.

“To be completely honest, it wasn’t that bad of a race prior to the accident. I think we had a good chance to finish around P6 or P7. We were very quick on the softs towards the end, and then on the medium we couldn’t get the same pace, but we were planning the one-stop on my side, and I think it was working pretty well until the issue,” added Leclerc.