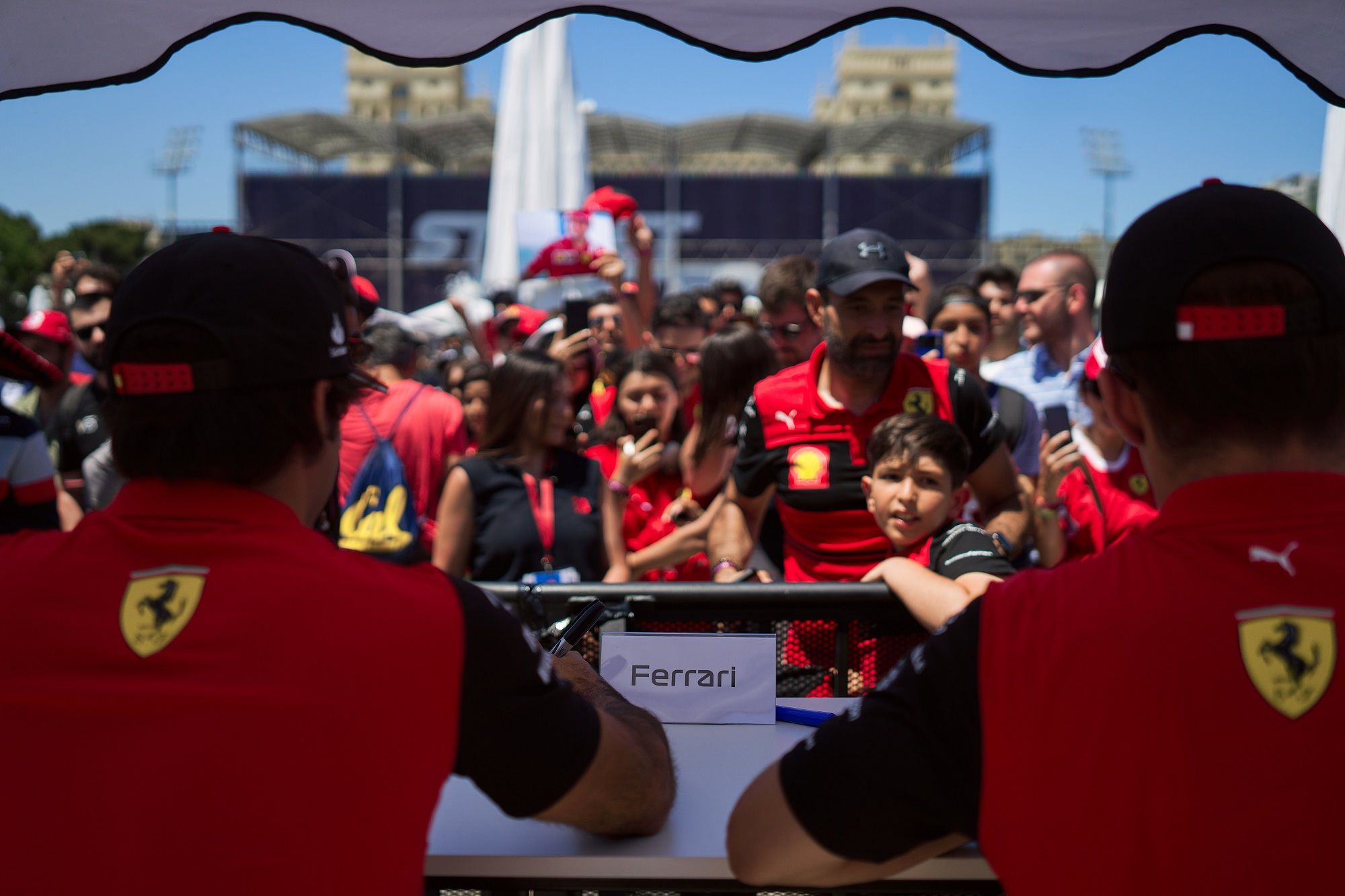 Carlos Sainz has found the 2022 F1 season “extremely frustrating” so far, but he and Charles Leclerc are confident their Ferrari team will improve on its current nadir.

Sainz retired from the Azerbaijan GP after only nine laps of racing due to a hydraulic issue which sent his Ferrari down the Turn 4 escape road. He was soon joined in retirement by teammate Leclerc in what was a wretched turn of events for the Scuderia.

The Monegasque had been comfortably leading the Baku race until his power unit let go on the pit straight, ultimately gifting a 1-2 finish to the team’s constructor rival in Red Bull, and the race victory to Leclerc’s championship rival Max Verstappen.

Although it has to be noted that Red Bull’s Sergio Perez has since been promoted to P2 in the driver’s standings, with Leclerc now P3. Sainz meanwhile is in P4, 33 points adrift of his teammate and 67 behind leader Verstappen.

Ferrari’s imperious early season reliability has well-and-truly vanished, in a cruel reversal of fate between the Italian team and Red Bull. Sainz has retired early-on from three of the eight Grands Prix this season whilst Leclerc has only won two races while Verstappen tripled that amount with six.

Leclerc has only been able to convert two of his six pole positions into race wins. Luck has certainly not been on Sainz’s side this season with his campaign somewhat haunted by multiple costly incidents – yet he did secure an early contract extension with Ferrari which seems to have settled his personal form. When he was asked whether he has any concerns over the team’s reliability issues, Sainz pointed to luck as what has been their achilles heel.

“No, from my side this year we haven’t had any reliability issues. It’s been all pure unluckiness and things are going my way,” Sainz stated. “But I see that Charles had a problem in Barcelona and another one here. It is a difficult day for the team, a difficult day for all the Ferrari family.

“I’m sure we will look into it. We will stay united and keep pushing, you know. It’s still a long season ahead. On my side it’s been extremely difficult to get any kind of momentum every time I do a good race… the following race there’s something happening. 2022 has been extremely frustrating on that side. But I’m still hoping that one day all this will finish and we will start having a smoother time.”

Ferrari is now a significant portion behind Red Bull, and is closer to the Mercedes team statistically than the championship leaders. “It’s part of the experience, you know, and part of the process,” Sainz said when questioned further on the doubts he might have. “We’ve been quite solid as a team honestly this year and there’s been some niggles here and there but I think the team is doing a very good job.

“Yes, we run into our first double DNF or double reliability issue. The team is doing a great job and we just need to make sure we stay calm, we stay united and we react accordingly. We’re learning from these kind of mistakes. On the personal side it is frustrating, very frustrating because it’s extremely difficult to get any kind of momentum. Again, a retirement in lap 9 and another 40-50 laps of the race without doing any learning with the car… This is extremely frustrating but it’s how it goes.”

Teammate Leclerc added his thoughts on where he and his team are at currently, and how far he believes they can recover in their fight with the Red Bull drivers. “It’s a third disappointment in a row, and it’s not easy,” he said. “But yeah, overall I’m confident that mentally I will be as strong as I was five races ago, when I was leading the championship, at the next race, and the motivation is still there.

“But we need to get on top of those things. And obviously, reliability is something that we need to look into after the last three races. As a team, we need to maybe do a step on that,” summed up Leclerc.

The former championship leader Leclerc is firmly confident that he still has a shot at the title, although he lays that factor heavily onto Ferrari getting on top of their reliability issues. In fact, it could also be argued that the team have fallen behind in the performance development race too.

“I believe we can win the championship still, but we need to be on top of those things.” Leclerc implored. “After the last few races, I think we’ve shown that we’ve lost too many points there and we need to look into this.”