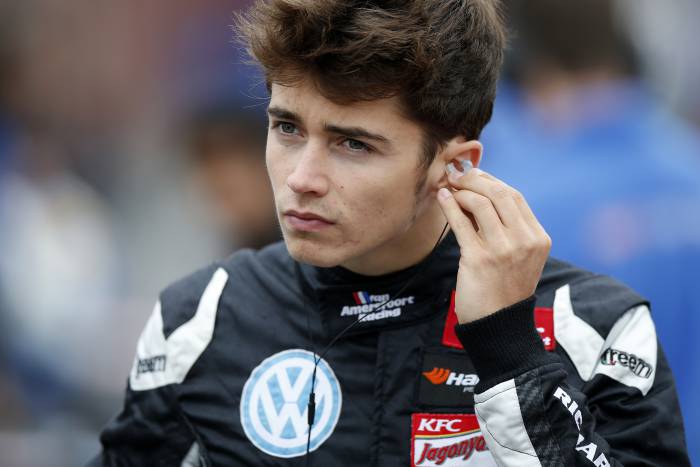 Charles Leclerc has controlled the qualifying session of the FIA European Formula 3 at the Norisring street circuit in Germany. The Monaco drver gets the first pole position of the day, ahead of Günther and Albon.

As in free practice here at the Norisring, the qualy has been divided into two groups.

Group B was the first to go, though it has come late; The meeting began with 20 minutes of delay due to repairs on the track.

At the start of the session, the first 5 minutes were marked by the good pace of Markus Pommer (Motopark) under a minimal differences was followed by Dorian Boccolacci (Signature). German dominance ended in the middle session when Prema and Carlin went on the attack.

Maximilian Günther (kfzteile24 Mücke Motorsport) stood first in the absence of the final five minutes, before the appearance of a red flag caused by Pietro Fittipaldi (Fortec Motorsports). After removing the car of the Brazilian and restart the session, any driver managed to improve his time, leaving the German provisional pole position with a time of 48 533 seconds.

Lap that the Group A will try to beat. A group where both team with Carlin began setting the pace in the first minutes of the session, although the championship leader, Charles Leclerc (Van Amersfoort Racing) was the one who was closer to the laptime marked by Günther.

Antonio Giovinazzi (Jagonya Ayam with Carlin)  beat Günther time to enter into direct fighting for pole, which starred Leclerc and the Italian. But it would not be the case. This group was the most competitive now and fight for the pole position.

The leader of the championship, the Monegasque Charles Leclerc finally got pole position for the first race, ahead of Günther and Alexander Albon (Signature).