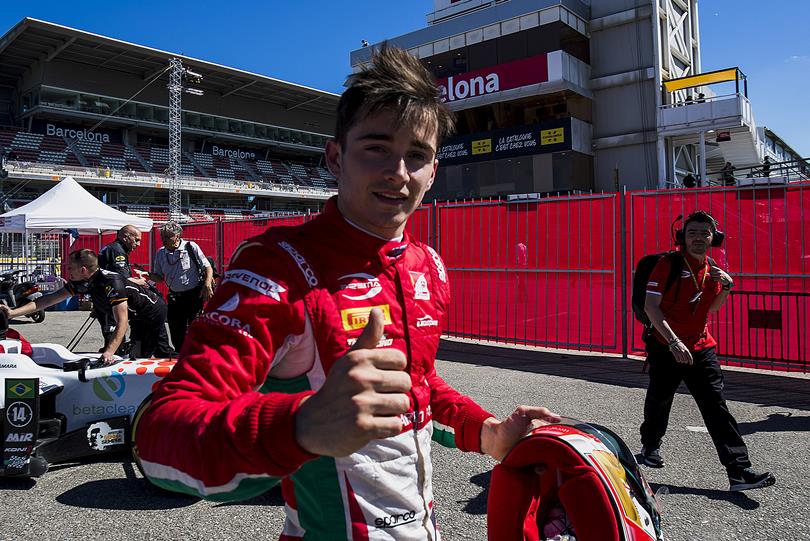 Another great victory for Charles Leclerc in a race where the Safety Car mixed things up. Luca Ghiotto and Oliver Rowland completed the podium.

Leclerc kept pole position in the first lap after a fight with Ghiotto. Albon had a wonderful start which brought him up to P3 from P5. Fuoco made contact with Markelov when going up the Moreneta hill and broke his car’s nose.

Albon overtook Ghiotto for P2 in lap 4. Leclerc made his first pit stop very early, on lap 9. One lap later, Canamasas‘ car stopped on track and the Safety Car was deployed. Many drivers decided not to pit even if the SC erased all the gaps. Albon led ahead of Rowland, De Vries and Markelov, while Leclerc was P11 ahead of Ghiotto.

Rowland was finally able to steal the podium from Matsushita after a well-fought race, while Leclerc won the race ahead of Ghiotto. Matsushita was P4 ahead of Albon, Latifi, Malja, Markelov, King and Boschung.