Home F1 Leclerc annoyed with himself on radio post-race; helps team in pack-up 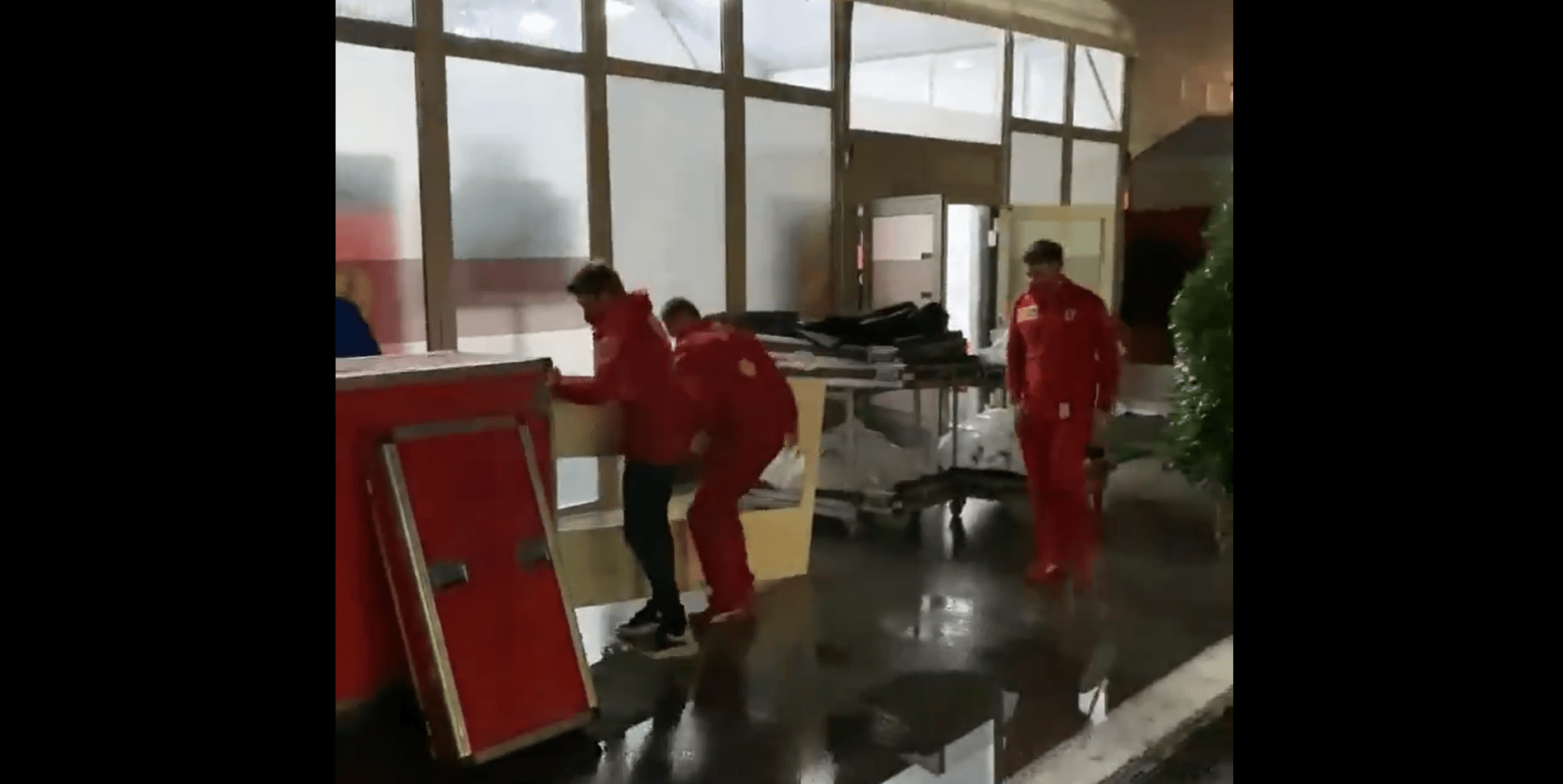 Charles Leclerc was left fuming at himself after the F1 Turkish GP when he lost a certain looking second as he helped his team in pack-up then.

It was incredibly terrible start from Ferrari’s Leclerc in treacherous conditions in F1 Turkish GP at Istanbul Park circuit on Sunday, but he then picked up pace and placed himself well strategically in the grand prix to make the required progress.

He nearly finished second on the final lap when he passed Racing Point’s Sergio Perez on track after a mistake from the Mexican. But Leclerc himself locked-up and went slightly wide to not only lose second, but also third to teammate Sebastian Vettel.

They switched to Italian where Leclerc had the same intensity. Back in English, he added, ‘I am so sorry to the team, I am f**king stupid as much as in Baku’, as he added more in Italian then, before ending back in English, ‘now that I have calmed down, congratulations to Seb, he deserves it as its not been a good year for him. Even if I am so pissed off, of myself, he’s done a great job, I hope you’ll enjoy it’.

His unhappiness continued post-race race as well where Leclerc said: “I am so angry with myself now, I only feel disappointment. I am very happy when I see where we were after 10 laps, I think we were 25 or 30 seconds behind the guys we were fighting at the end but on one hand I cannot afford to do a mistake with three corners until the end.

“Surely I was fighting for a position, I was fighting for second place, and to finish out of the podium because of this mistake feels very bad. I f**ked up in the last few corners. Nothing more to say. The end results count, I was good for one part of the race but shit when it mattered.

“But congratulations to Seb on the other hand, as it is his first podium of the season. It has been a very difficult season from his side so I am happy that he can finally show on-track what he is worth,” summed up Leclerc, who is fifth in the standings with 97 points.

To further calm himself down, Leclerc chose to stick around the Ferrari garage after the race to help the mechanics with pack-up, very similar to how his friend and rival, Lando Norris does. Here’s the video: https://twitter.com/F1/status/1328011629070594052