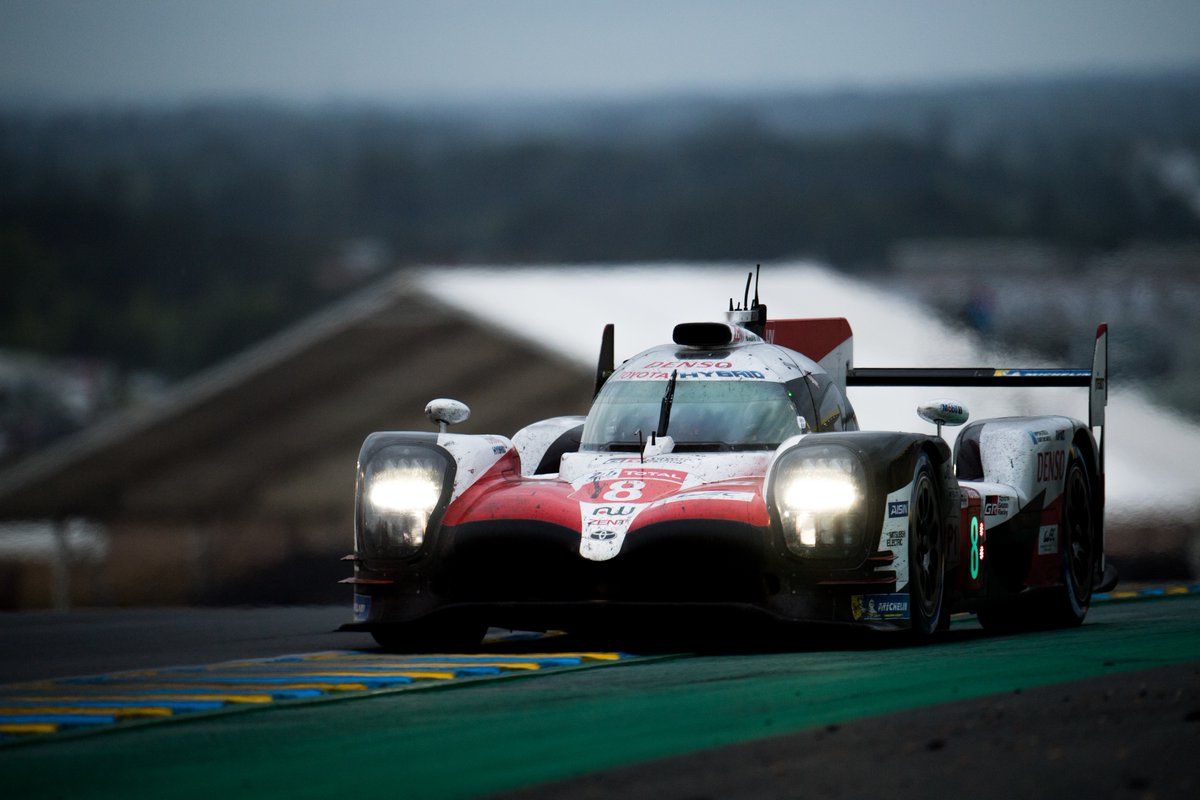 After 24 hours of racing, it was the #8 Toyota of Kazuki Nakajima, Fernando Alonso and Sebastien Buemi which took the 2018 Le Mans 24 Hours victory ahead of the #7 crew of Kamui Kobayashi, Mike Conway and Jose Maria Lopez with the Japanese manufacturer finally breaking the Le Mans jinx.

After years of trying and fighting against the likes of Audi and Porsche, Toyota manage to have its name on the winning board as Alonso ticked his second box in the Triple Crown quest. The final podium position was sealed by #3 Rebellion Racing of Mathias Beche, Thomas Laurent and Gustavo Menezes.

The #3 only had its sister #1 of Andre Lotterer, Neel Jani and Bruno Senna to fight off who had its race compromised due to its first-lap mishap. In fifth and the last LMP1 runner was #5 CEFC TRSM Racing Manor of Mark Simpson, Charles Robertson and Leo Roussel.

The finished 42nd overall after a heartbreaking end to the #11 SMP Racing of Vitaly Petrov, Jenson Button and Mikhail Aleshin when their engine failed upon their recovery drive due to an early sensor troubles.

The LMP2 class was bossed all-through by the #26 G-Drive Racing Oreca driven by Jean-Eric Vergne, Roman Rusinov and Andrea Pizzitola to take class victory by a massive two laps advantage over the #36 Signatech Alpine of Nicolas Lapierre Pierre Thiriet and Andrea Negrao.

After troubles to multiple cars who were fighting early for podium places, it was the #39 Graff-SO24 Oreca of Vincent Capillaire, Jonathan Hirschi and Tristan Gommendy were third from the #28 TDS Racing Oreca of Loic Duval, Matthieu Vaxiviere and Francois Perrodo – they were only 2.539s apart on the finish line.

The #32 United Autosports Ligier of Juan Pablo Montoya, Hugo de Sadeleer and Will Owen were fifth from the #37 Jackie Chan DC Racing Oreca of Jazeman Jaafar, Nabil Jeffri and Weiron Tan fought through to be sixth – the Top 6 LMP2 cars secured an overall Top 10 finish.

The #91 had to fend off the Fords towards the end stages but managed to build a decent gap to third placed #68 Ford of Sebastien Bourdais, Joey Hand and Dirk Muller. The #67 Ford of Harry Tincknell, Tony Kanaan and Andy Priaulx also fought its way to fourth.

Meanwhile, after losing the #63 Corvette Racing, it was the #63 crew of Jan Magnussen, Mike Rockenfeller and Antonio Garcia taking the flag in fifth.

It was a Porsche victory in the GTE-Am class as well with the #77 Dempsey Proton Porsche of Matt Campbell, Julien Andlauer and Christian Ried leading all the way through – even going faster than the Pro class cars.

The #54 Spirit of Race Ferrari of Giancarlo Fisichella, Thomas Flohr and Francesco Castellacci claimed second, recovering well to move itself on the lead lap as the #77 with #85 Keating Motorsports Ferrari of Jeroen Bleekemolen, Ben Keating and Luca Stolz completing the Top 3.