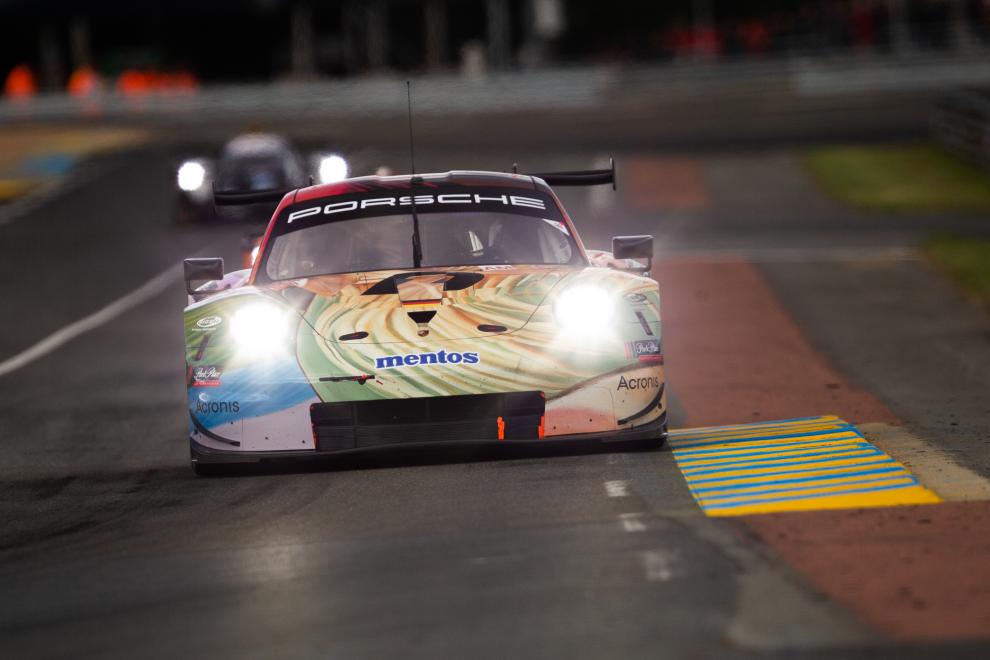 The 2018/19 WEC Le Mans 24 Hours LMGTE Am class winners #85 Keating Motorsports Ford GT car of Ben Keating, Jeroen Bleekemolen and Felipe Fraga got a double penalty, following the event which led to its disqualification from the overall results.

The team were first handed a time penalty of 55.2s after post-race checks found the fuelling rig delivered a full load under the minimum 45 second time allowed. A second penalty for total onboard fuel volume in excess of the permitted limit resulted in a DQ.

Meanwhile, the LMGTE Pro class saw the disqualification of #68 Ford Chip Ganassi Team UK’s Sebastien Bourdais, Joey Hand and Dirk Muller in their last WEC outing. The fuel tank was found to be 0.1 litres in excess of the permitted total under the BoP.

The Ford has finished fourth leading the rest of the three other cars fielded by the team as the #67 now finishes fourth ahead of #69 and #66. The DQ helped the #82 BMW MTEK to score a class Top 10 finish in their last outing as well.

It remains to be seen if either of the teams will appeal against the decision with the International Court of Appeal. The indication is that neither will, which if it is the case, then the provisional result after the DQ will be made official.

Here’s the results prior to the DQ.