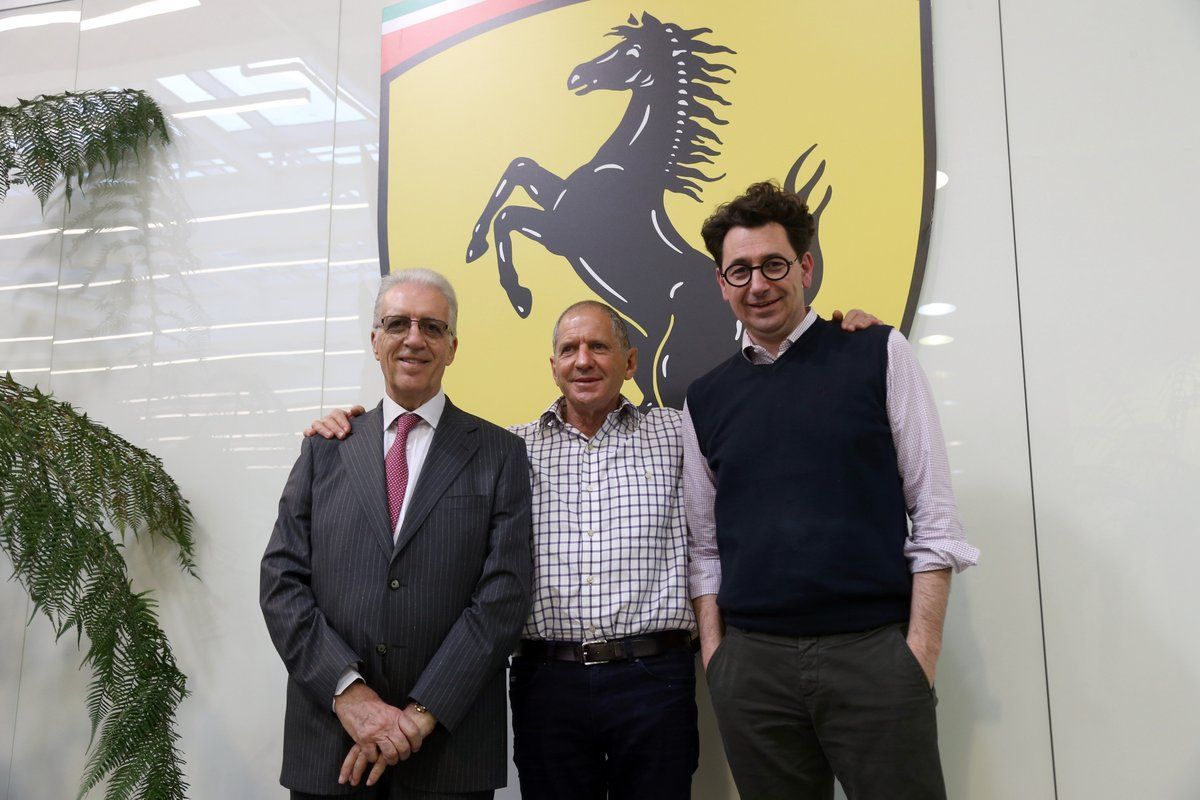 The 1979 F1 champion Jody Scheckter paid a visit to Maranello on Tuesday where he met Piero Ferrari and Mattia Binotto.

Scheckter, who raced for Ferrari in 1979 and 1980 F1 seasons, was greeted by Piero and Binotto at Maranello on April 16, Tuesday, when the 69-year-old visited the whole facility – which included the road car factory, Gestione Sportiva and the F1 division.

He was greeted by Piero first at the facility’s famous entrance at Via Abetone 4 as they moved on to see the assembled V8s and V12s cars after which he went to Gestione Sportiva at the Fiorano track – Ferrari’s own circuit.

He then saw the F1 Clienti garage where hosts of Ferrari single-seater cars are kept. The next stop was Nuova Ges – the F1 HQ – where he met team principal and managing director Binotto and looked around the whole facility before leaving.

Scheckter’s F1 career spanned from 1972 to 1980 where he raced for teams like McLaren, Tyrrell, Walter Wolf Racing and Ferrari. He has 10 wins and 33 podiums, which includes a grand prix victory at his home circuit in South Africa at Kyalami.

He scored three wins for Ferrari and six podiums – all coming in the championship-winning 1979 season, when he won his only F1 title and helped the Italian manufacturer clinch the constructors’ championship as well in tandem with Gilles Villeneuve.

After retiring from active racing, the South African had some broadcasting gigs for few years but in current times, he works as a biodynamic farmer in the United Kingdom. He lives with his wife Clare and six children – two from his ex-wife Pamela.