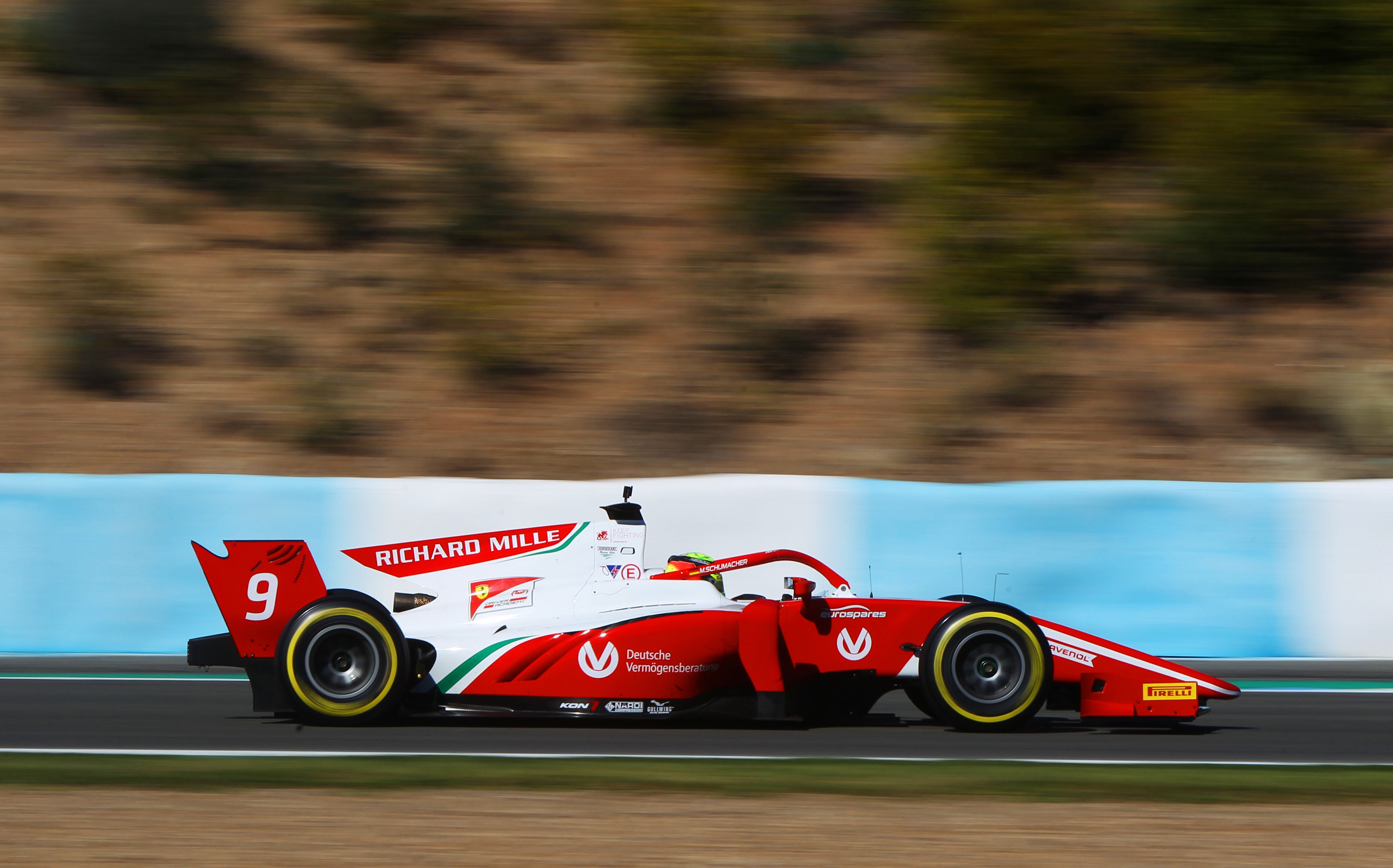 FIA Formula 2 (F2) Championship rookie and Prema’s Mick Schumacher ended the first three-day 2019 pre-season test at Jerez on top despite having a spin.

After setting a 1m24.028s time in the morning session, Schumacher caused a red flag when he spun and stopped at the circuit. To his benefit, no one bettered his time in the afternoon session with the focus largely on the long runs.

As a result, Schumacher ended the first three-day F2 pre-season test as the quickest with the German completing 53 laps in all as he missed some crucial time in the afternoon. Campos Racing’s Jack Aitken (1m24.240s) ended up second.

His time was also set in the morning session, in fact, all the drivers’ best time was set in the same session. Aitken completed 91 laps despite the Renault junior stopped on track in the afternoon, as Carlin’s Louis Deletraz (1m24.247s) was third with 93 laps on board.

The Russian spun in the morning session, while he stopped with a problem in the afternoon but still completed 76 laps. UNI-Virtuosi’s Guanyu Zhou (1m24.776s) finished 12th from DAMS’ Sergio Sette Camara (1m24.853s) with 101 and 84 laps respectively.

The two Sauber Junior Team by Charouz drivers Callum Ilott (1m24.924s) and Juan Manuel Correa (1m25.020s) were 14th and 15th respectively with the latter causing a red flag in the afternoon as they both did 107 laps in all – even though Correa stopped early.

In terms of lap count, Fuoco did 61 laps in all to King’s 55, Matsushita 92, Hubert 90 and Calderon 91 with King returning to testing action after missing Day 2 due to burnt car after his Day 1 issues.