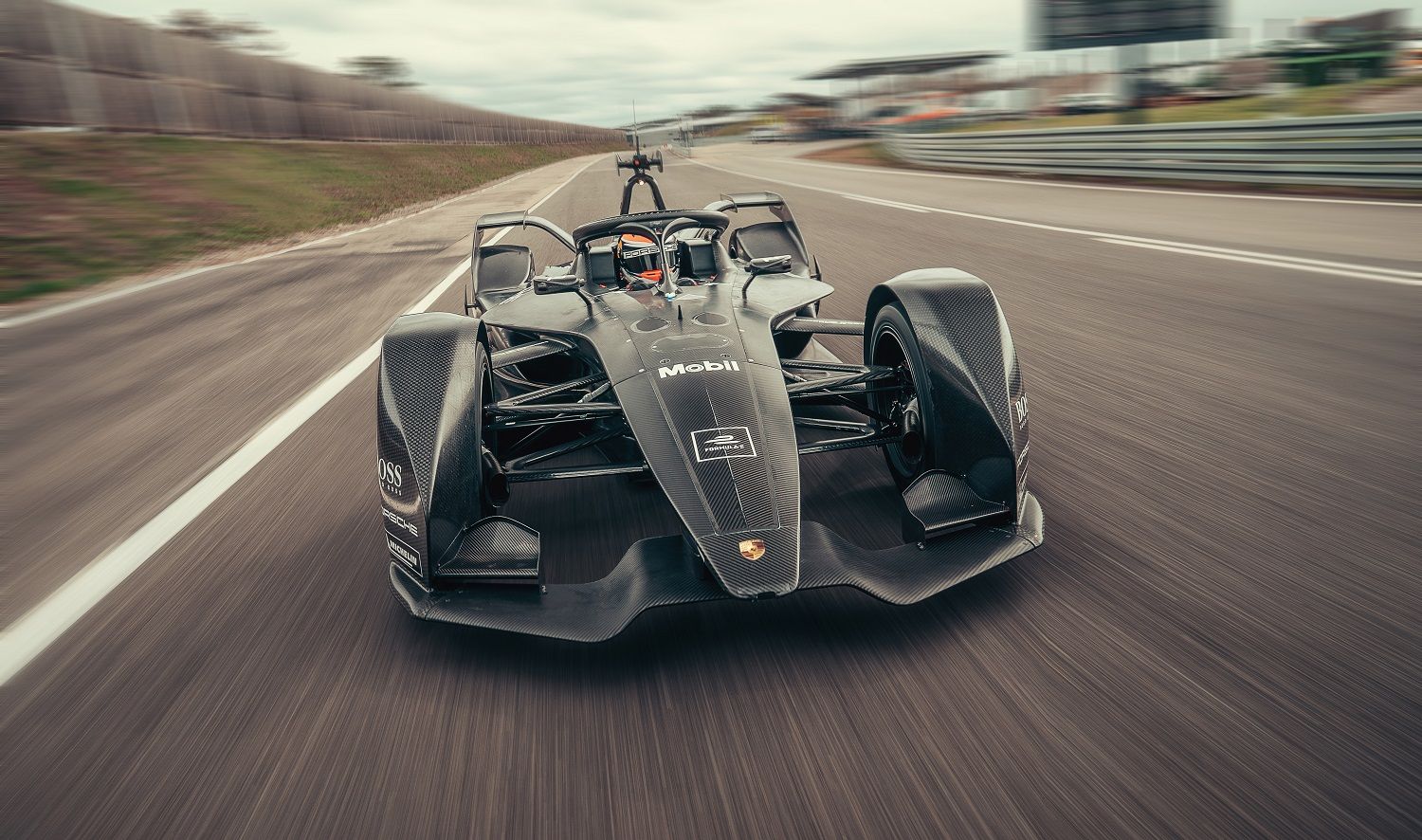 Porsche undertook its first track run of its FIA Formula E Championship challenger with Neel Jani driving ahead of its debut season.

The German manufacturer will enter the all-electric single-seater series in the 2019/20 Formula E season along with Mercedes, who revealed a teaser livery earlier in the week. Ahead of its debut year, it completed its maiden track run.

Jani, who is already confirmed as one of its drivers for the season, took the Porsche Gen2 car at the manufacturer’s test circuit Weissach on Tuesday, which Porsche described as a successful event without any incident or issues.

“I am very proud to have been behind the wheel the first time our Formula E racing car was driven,” said Jani. “Being allowed to drive the rollout is not only a great honour, it is also very exciting.

“We’re breaking new ground. It was a fantastic feeling for me. Everyone in the team feels it: The project is really gaining momentum now. We didn’t push it to the limit during the rollout, but the powertrain and the car made a very good first impression overall.

“I can’t wait to get back to testing.” With Porsche pulling out of its LMP1 programme, all focus has been on Formula E as they aim for electric supremacy, not only on the race track but also on the roads against some of the top manufacturers.

Porsche motorsport’s vice president, Fritz Enzinger added: “The newly developed Porsche powertrain for Formula E completed its baptism of fire. It is an important day for everyone involved in this project.

“Many thanks to everyone who has poured their heart and soul into the construction of the powertrain and car in recent months and made this successful rollout possible. We still have a lot of work to do on the road to our works entry in Formula E, but an important initial step has been taken.

“Now we will be fully focused as we continue to work on familiarising ourselves with the particular challenges of Formula E.” The team has now taken first steps towards preparing for its first Formula E season with multiple drivers involved in the development programme.

While Jani is confirmed as a race driver, the fight for the second seat is with multiple names linked to it, including ex-F1 driver and Porsche LMP1 driver Brendon Hartley, who is also helping the German manufacturer in the preparation.

Team manager, Amiel Lindesay said: “We know that we will face very tough competition in Formula E, which to some extent has more experience than us. This makes it even more important for us that we have taken the next step in development with the rollout. With each additional test, we will gain new insights and optimise the performance of the car.”

"The newly developed Porsche powertrain for Formula E completed its baptism of fire. Many thanks to everyone who made this successful rollout possible." – Fritz Enzinger, Vice President Porsche Motorsport. #PorscheFormulaE @FIAFormulaE #ABBFormulaE @PorscheNewsroom pic.twitter.com/BJQlQxjSfV