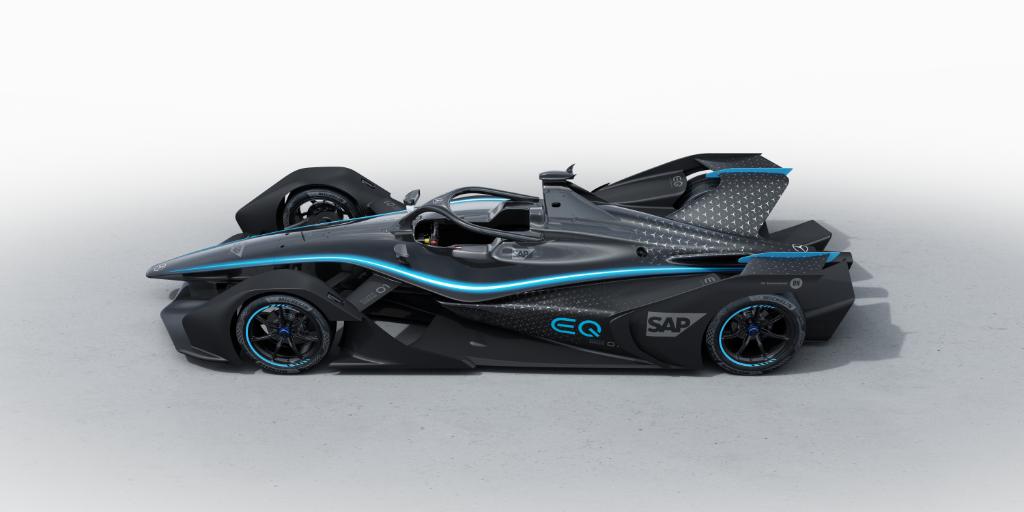 With less than a year remaining for its first FIA Formula E Championship season, Mercedes has presented its Season 6 car in a teaser livery.

The Mercedes EQ Silver Arrow 01 was revealed globally in the International Motor Show in Geneva on Monday, as the German manufacturer prepares for its first Formula E season in 2019/20 in the electric series’ Gen2 era.

The car was showcased in a teaser livery to launch its upcoming campaign with the official car along with its definitive colours and the whole structure including the drivers will be revealed at a later stage, closer to the start of the season.

“We are looking forward to the challenge of demonstrating the performance of our intelligent battery-electric drives in motorsport and of giving a positive boost to the EQ brand,” said Mercedes’ F1 boss Toto Wolff.

The teaser livery captures the famous blue stripe depicting the EQ brand as the rear includes the stars which is also seen in the F1 car. “The Mercedes-Benz EQ Silver Arrow 01 teaser car gives a foretaste of the first all-electric Silver Arrow from Mercedes-Benz.

“Blue accents and the subtle contrast between matt and gloss in conjunction with the star pattern at the rear of the vehicle stage the progressive luxury in electric motorsport,” said Gorden Wagener, Chief Design Officer Daimler AG.