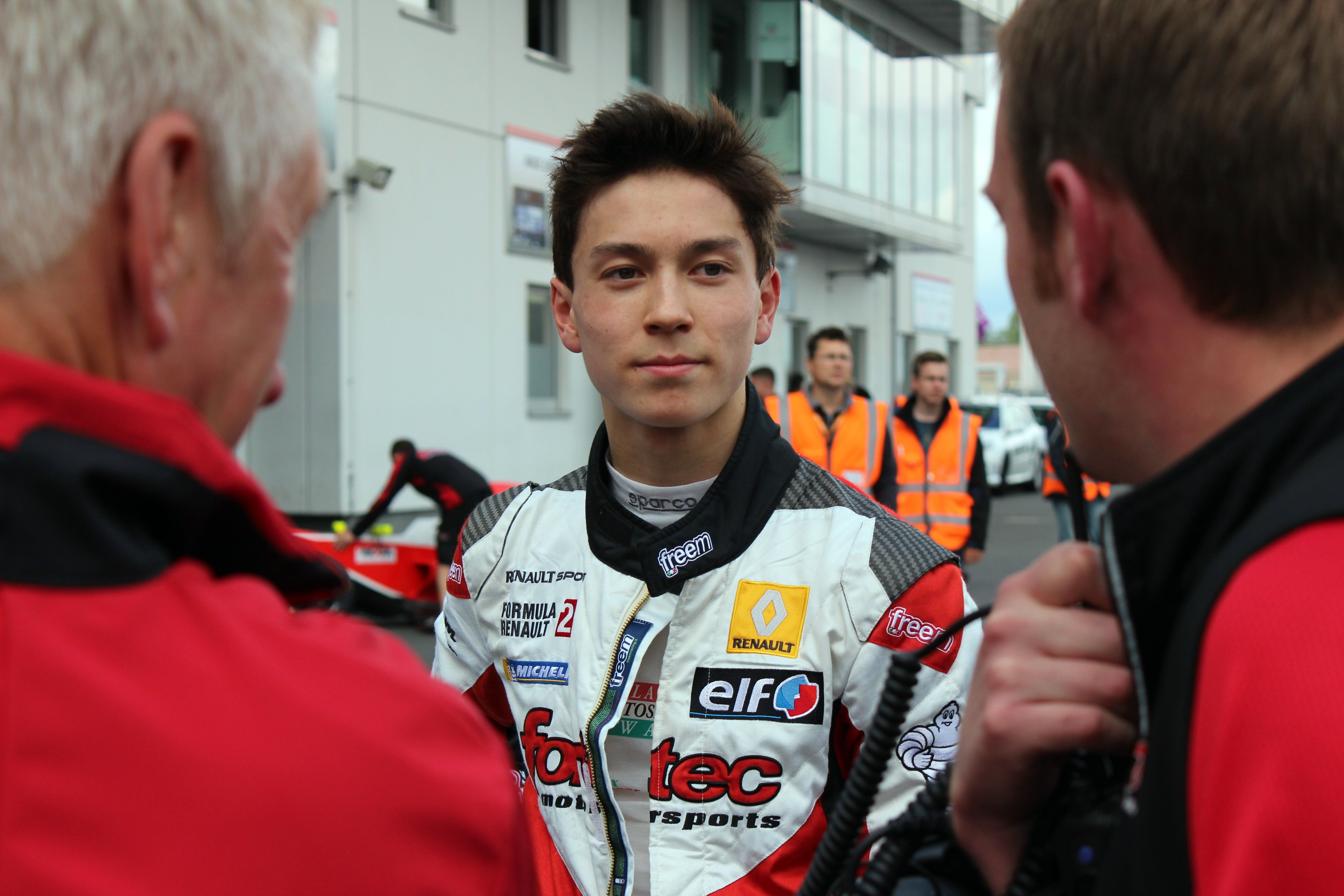 Jack Aitken (Fortec Motorsports) scores his maiden victory in the Eurocup Formula Renault 2.0, becoming the seventh winner this year in the championship. At the Hungaroring, the British took the pole before going on for the win ahead of his teammate Charles Leclerc. Ignazio D’Agosto took his second podium of the season.  Nyck de Vries increases his distance with Dennis Olsen to 46 points.

The race was declared for a Wet race but every driver went with dry tires. When the light went out, Jack Aitken maintained his advantage from pole position. Behind the leader, Charles Leclerc moved up to second place after overtook Gustav Malja (Josef Kaufmann Racing). Martin Rump (Fortec Motorsports) spun off at turn 10 and had to retire and the Safety car made his appearance.

At the re-start, D’Agosto overtook Malja for third place. Nyck de Vries down to seventh place after been on fifth because he went off when He tries to overtook Malja. Dennis Olsen and Andrea Pizzitola (Manor MP Motorsport) did a good comeback from twelve and ninth-teen place of the grid to finish the race in eight and ninth, respectively.