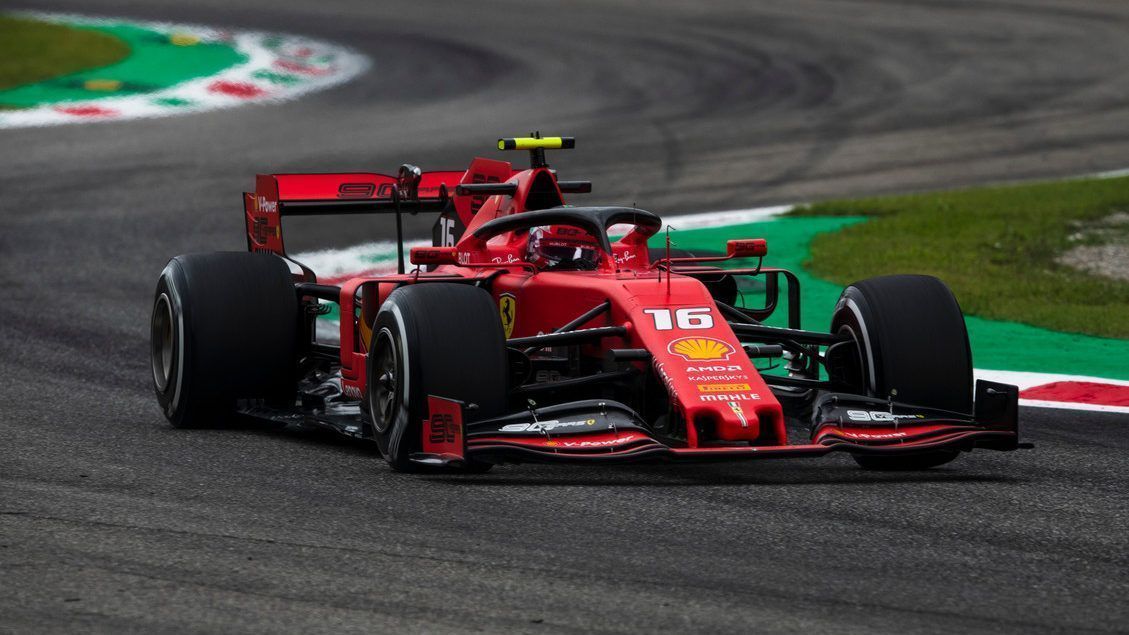 The first part of qualifying in F1 Italian GP at Monza had a messy start with red flag halting proceedings for a brief period of time with Racing Point’s Sergio Perez stopping due to a suspected engine issue.

The Mexican already faced troubles with the Mercedes power unit in the weekend and it looks like, he will have to take another. Meanwhile, the Ferrari drivers opted to use the medium tyres for their first runs.

The second part of qualifying was again a two game, especially in the second run with the Ferrari duo going wheel-to-wheel against Toro Rosso’s Daniil Kvyat to have track position for the tow.

A late quick lap from Mercedes’ Lewis Hamilton had him on top from Ferrari’s Leclerc and Sebastian Vettel. In the drop-zone, Alfa Romeo Racing’s Antonio Giovinazzi (1m20.517s) lost out by 0.002s from teammate.

The third part of qualifying had teams playing games again with Mercedes out-smarting Ferrari, having put itself behind the queue despite coming out first. The session was soon red flagged though after a crash.

Alfa Romeo’s Kimi Raikkonen crashed at Parabolica after losing the rear for the second time in the grand prix weekend. Leclerc had provisional pole with a 1m19.307s ahead of Mercedes’ Hamilton and Bottas.

Only Red Bull’s Alexander Albon was the one to cross the line after red flag and so his initial lap was not counted. The final runs was total mess with drivers keeping it as late as possible and paying the price as a result.

It was a shock with drivers slowing down so much at the start of the out lap that none other than McLaren’s Carlos Sainz and Leclerc managed to cross the line on time with rest seven not making it.

The Renault duo were next up with Daniel Ricciardo (1m19.839s) in fifth ahead of Nico Hulkenberg (1m20.049s) – the German being the first one to come out but everyone backing up too much then on.

McLaren’s Sainz 1m20.455s) finished seventh as the Spaniard was the last driver to set a time, with Red Bull’s Albon, Racing Point’s Lance Stroll and Alfa Romeo’s Raikkonen having none in that order.

UPDATE: Following a lengthy discussion, the FIA stewards decided to only reprimand Hulkenberg, Sainz and Stroll for driving unnecessary slowly, which led the mayhem in Q3 as none were able to set a time.

The stewards asked the FIA to look into the matter closely and solve the towing issue. Meanwhile, Vettel was investigated for track limits violation in Q2 at Turn 11 but was let go as the stewards found no evidence to punish.