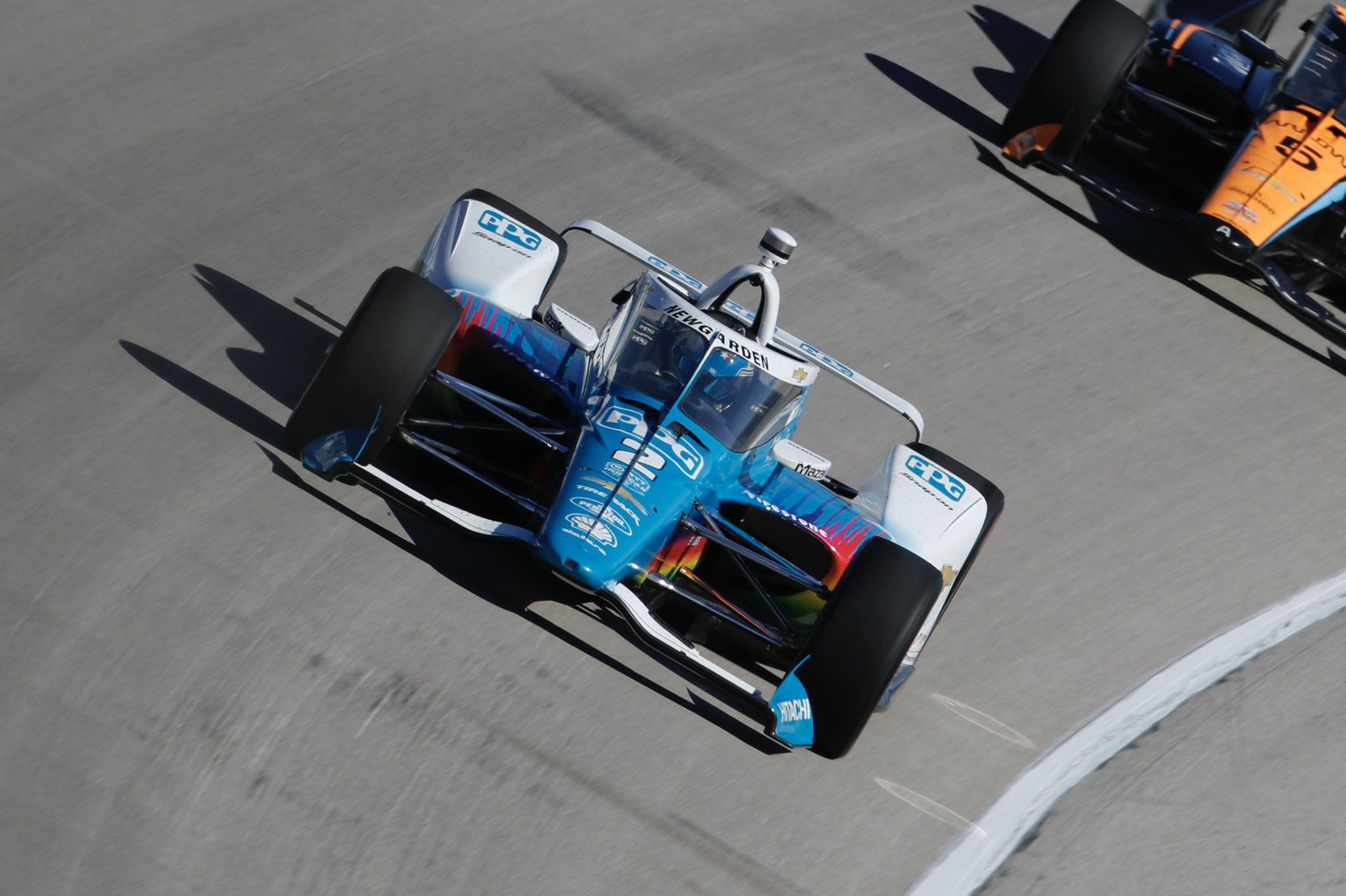 It’s not often a driver is paid a cash bonus in Victory Lane, but this was no ordinary win for Josef Newgarden and Team Penske on Sunday at Texas Motor Speedway. Newgarden rocketed his No. 2 PPG Team Penske Chevrolet past the No. 3 XPEL Team Penske Chevrolet of teammate Scott McLaughlin on the outside of Turn 4 on the final lap and won a drag race to the checkered flag, hanging on for victory by .0669 of a second in the first oval race of the NTT INDYCAR SERIES season.

The win was Team Penske’s 600th across all racing disciplines, and team owner Roger Penske was ecstatic to lay six crisp $100 bills on Newgarden’s palm in Victory Lane as a special bonus. Newgarden led just three of the 248 laps, while a dominant McLaughlin led 186 trips around the high-banked, 1.5-mile oval.

Marcus Ericsson finished third in the No. 8 Huski Chocolate Chip Ganassi Racing Honda, 1.3537 seconds behind Newgarden. It was Ericsson’s career-best finish on an oval. Will Power finished fourth in the No. 12 Verizon Team Penske Chevrolet, as Penske drivers earned three of the top four spots in the race. Team Penske also has won both races this season, as series points leader McLaughlin triumphed Feb. 27 in the Firestone Grand Prix of St. Petersburg presented by RP Funding.

Johnson’s previous best finish was 17th last year as a rookie, when he only raced on road and street courses. McLaughlin, who started second next to pole sitter Felix Rosenqvist, grabbed the lead on Lap 206 when rookie Callum Ilott pitted from the lead after trying to stretch fuel well beyond the normal pit cycles in his No. 77 Juncos Hollinger Racing Chevrolet. McLaughlin put himself into position to inherit the lead a lap earlier by passing Rinus VeeKay’s No. 21 SONAX Chevrolet for second in Turn 1.

Newgarden, who started seventh, drove to second and pulled to within .462 of a second of McLaughlin with 25 laps to go. McLaughlin expanded that lead to .914 of a second with five laps remaining as both drivers diced through lapped traffic. New Zealand native McLaughlin tried to manage the gap between his car and the slower cars ahead of Ilott and fellow rookie David Malukas as the final laps ticked down, and Newgarden pounced. The gap between the top two was .315 of a second at the white flag.

As McLaughlin slowed slightly with Malukas’ car ahead, Newgarden moved up half a lane in Turns 3 and 4 and pulled outside of and even with McLaughlin exiting Turn 4. The slingshot-like whip around the final corner gave Newgarden the momentum he needed to win the drag race to the finish line. Newgarden averaged 165.467 mph in a race slowed by four cautions for 52 laps.