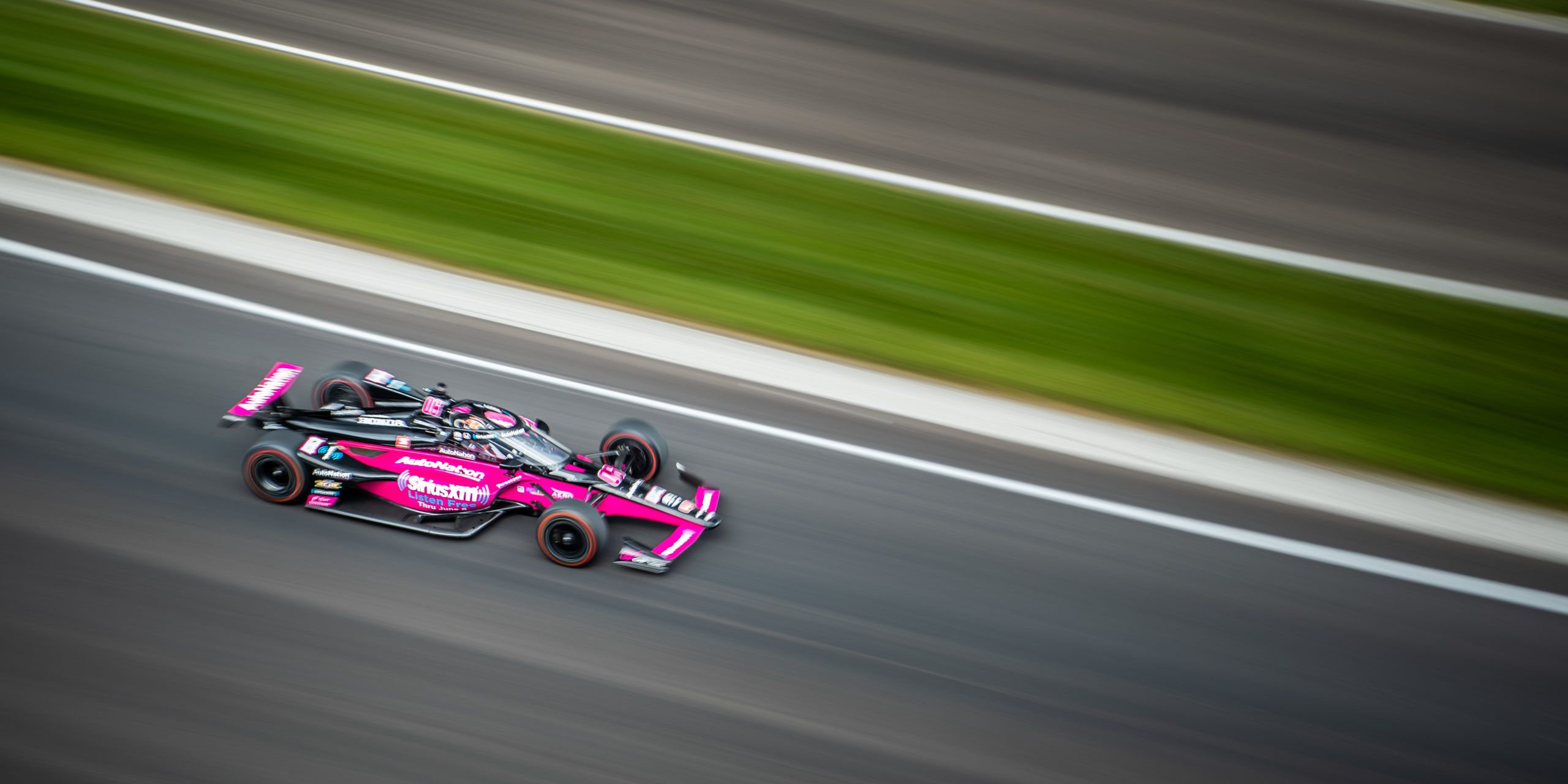 Before the largest crowd assembled since the start of the COVID-19 pandemic in March of last year, CGR’s Scott Dixon began the 105th running of the Indy500 on pole position, flanked by Andretti’s Colton Herta and ECR’s Rinus Veekay.

Dixon led into turn one, but soon offered his position to Herta in the third corner. He would subsequently be passed by sophomore driver Veekay, who himself took the lead from Herta by way of a strong draft — one created by unseasonably cold conditions in Indianapolis.

It would be until lap 34 that a caution was thrown, for the stricken IndyCar of Stefan Wilson which had crashed on pit road. Prior to the yellow, NBC’s broadcast would later show, Dixon had passed Herta for second.

Under the caution, an issue for Dixon put the Kiwi a lap down, before the green flew again with much of the field having now pitted. Also a lap down was Andretti’s Alexander Rossi, who faced a similar issue in the pits.

Notably, Herta chose not to pit under the yellows, securing himself the lead for when the field returned to green. However his lead was threatened by Veekay, who ultimately passed him at the 50 lap mark in the race. He would also be passed by Connor Daly, who subsequently disposed of Veekay to take the lead.

Veekay led the next round of pit stops with his trip to pit road on lap 69, before Daly followed suit three laps later, and emerged behind the young Dutchman. After pit stops for the rest of the field, the pair returned to the lead – albeit with a new face in third with the presence of AMSP’s Patricio O’Ward.

The halfway point of the race came and went, after which Daly and Veekay both returned to the pits, giving the lead to O’Ward with 90 laps to go. O’Ward would pit in the subsequent laps, and forfeit his lead to RLLR’s Graham Rahal. After pitting, the American hit the wall at the exit of the pit lane – his accident the result of a loose rear left wheel.

Under the consequent yellow flag, much of the field pitted, leaving CGR’s Alex Palou in the lead for the restart. The Spaniard, though, would soon be passed by MSR’s Helio Castroneves in turn one. Palou soon retook his lead.

Despite another round of pit stops, the running order near the top remained unchanged. However, Dixon – on an alternate strategy – emerged as a threat after pitting for the final time on lap 162.

Lap 169 saw Castroneves pass Palou, before the latter reclaimed the provisional lead ten laps later. The two continued to swap positions in an incredible game of cat and mouse, with O’Ward third but also in contention.

With ten laps to go, AMSP’s Rosenqvist and RLLR’s Takuma Sato had yet to pit and remained first and second, yet Palou, Castroneves, O’Ward, and Penske’s Simon Pagenaud were indubitably the favorites for victory. This was confirmed after both Sato and Rosenqvist dove for the pits.

With five laps to go, Palou held the lead, but he would be passed for the lead by Castroneves with two laps to go. On the final lap, Castroneves remained in first, and despite lapped traffic ahead and a charging Palou behind, the Brazilian came through to win his fourth Indianapolis 500 in style.

Herta fell to 16th at the end, ahead of Dixon and MSR’s Jack Harvey in 17th and 18th. Marco Andretti finished 19th, with McLaughlin the last of the top 20.

Here are the results of Indy500 qualifying