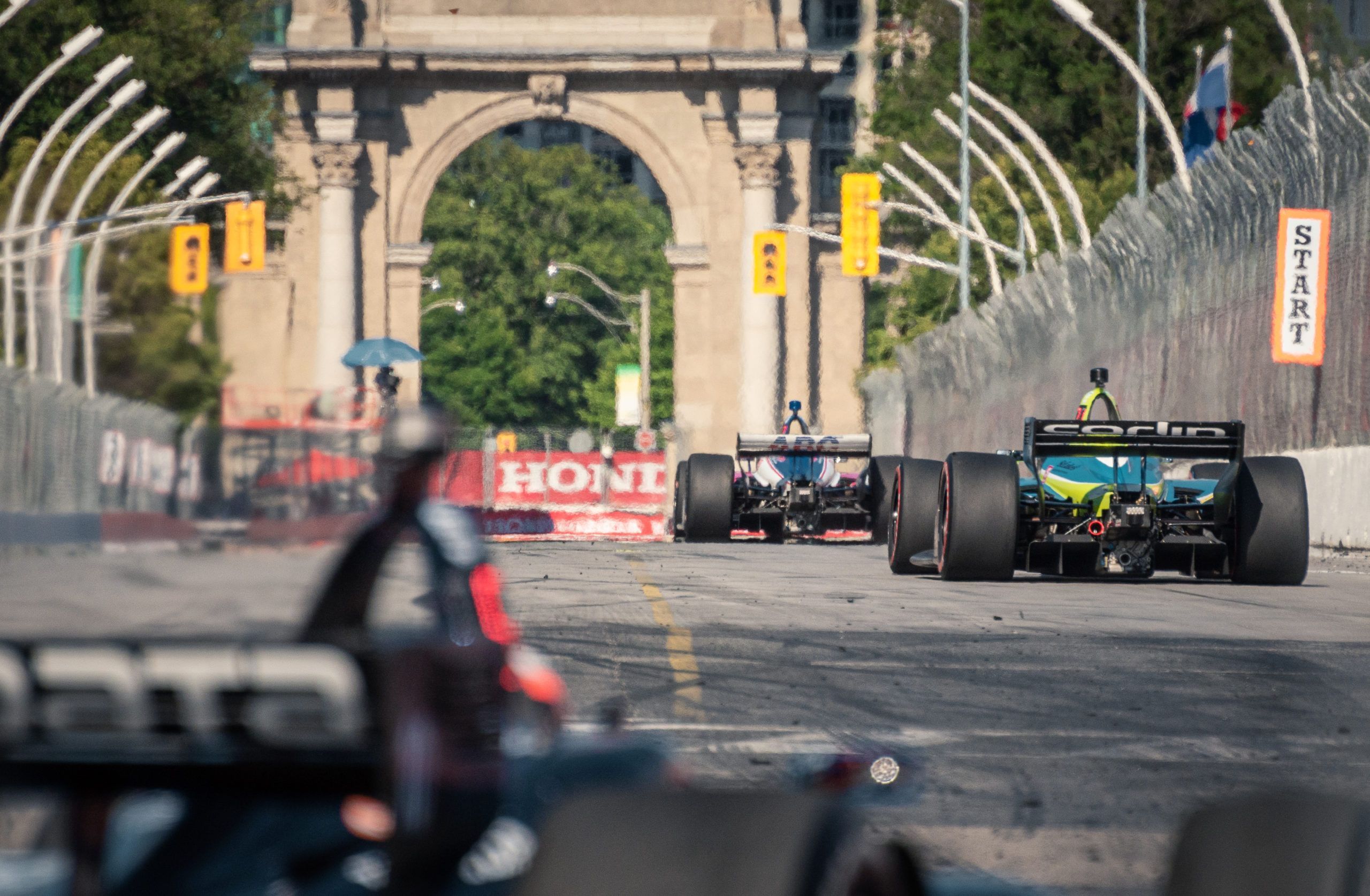 IndyCar schedule has undergone yet another overhaul, this time with races at Richmond, Road America, and Toronto being affected.

IndyCar’s return to racing remains on course to take place at Texas Motor Speedway on June 6, but the same cannot be said for its long-awaited return to Richmond Raceway, and its 2020 races at both Road America and Toronto (Canada).

In the case of Richmond, the race has been fully canceled, presumably due to rescheduling hurdles that were insurmountable. As a street race, Toronto has also been canceled after the local government extended its ban on gatherings of such size.

They were looking to re-schedule but no longer now. Road America, on the other hand, has been postponed, moved from its original date due to restrictions imposed, the race will now be a double-header, with race one on July 11th, and race two on the day following.

The above developments massively alter the shape of the IndyCar calendar, with the Genesys 300 the only race set to be run in June, and the first race at the IMS road course being the second of the season, taking place on July 4.

Penske Entertainment head Mark Miles, said: “Our teams and athletes are ready to get back on track and will deliver world-class action at Texas Motor Speedway and the Racing Capital of the World. We appreciate the opportunity to begin our season during these unprecedented times, and I’m confident we’ll put on a great show.”

Here’s the full statement from IndyCar:

“An updated 2020 NTT INDYCAR SERIES schedule was released today, displaying calendar adjustments implemented due to the COVID-19 pandemic. The Genesys 300 at Texas Motor Speedway remains the season opener with a night race on the 1.5-mile oval Saturday, June 6. The next race on the INDYCAR calendar will be the GMR Grand Prix on the Indianapolis Motor Speedway road course Saturday, July 4.

“The REV Group Grand Prix at Road America has been rescheduled from June 21 to July 11-12, becoming a double-header with championship points races Saturday and Sunday on the iconic, 4-mile road course.

“Two events have been canceled for 2020 due to local restrictions surrounding the pandemic: the Indy Richmond 300 on Saturday, June 27 at Richmond Raceway and the Honda Indy Toronto on Sunday, July 12 on the streets of Toronto.

“The season finale will be the Firestone Grand Prix of St. Petersburg on Sunday, Oct. 25, a new date recently announced after the originally scheduled season opener March 15 in St. Pete was postponed due to the global health crisis.” 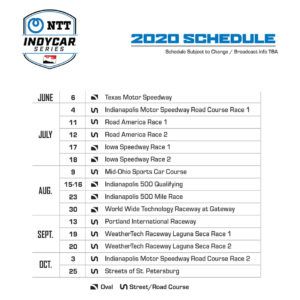