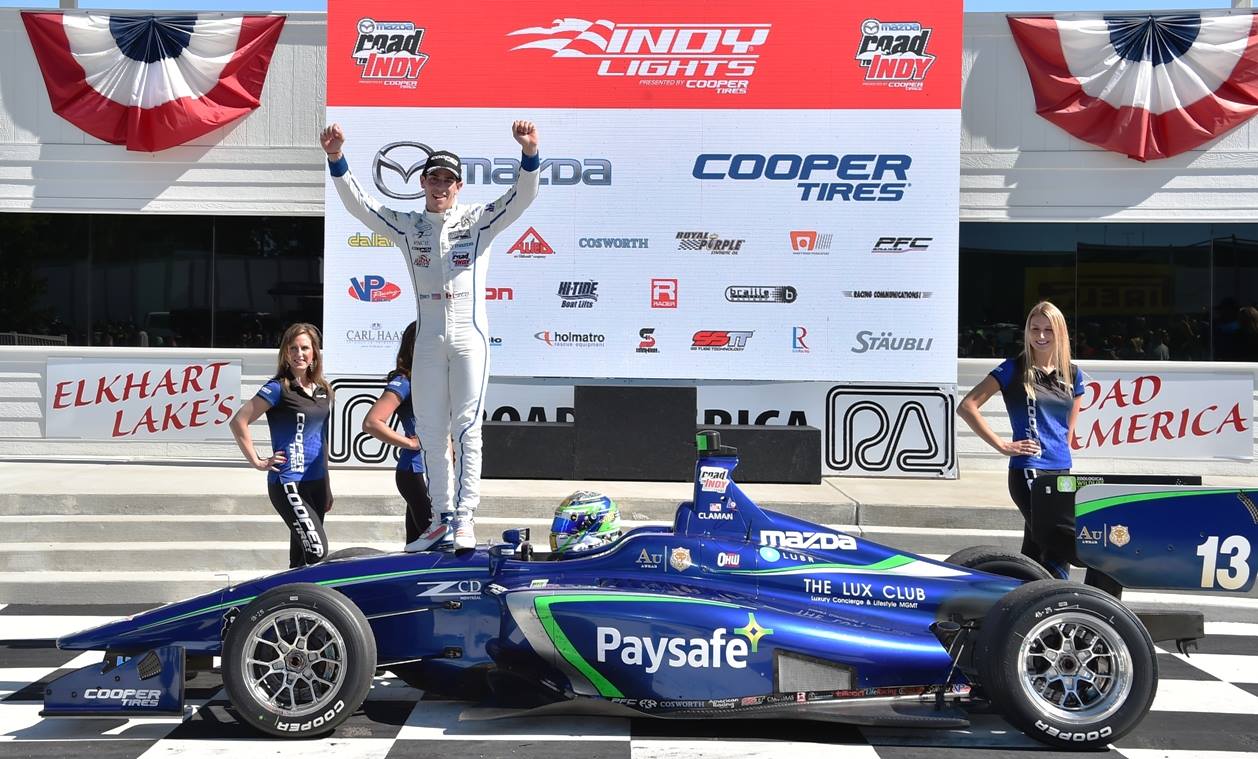 The Mazda Road to Indy Presented by Cooper Tires today unveiled its 2018 calendar of events. The most effective driver development program in the world with over $3.5M in scholarships and awards on offer will continue its momentum at premier road course, street circuit and oval venues in support of the Verizon IndyCar Series.

On deck for 2018 is a return to the Pacific Northwest and Portland International Raceway (PIR) in Portland, Ore. The 1.967-mile, 12-turn permanent road course will host the season finale for all three series. Indy Lights last raced at PIR in 2001, and Pro Mazda and USF2000 in 2006. The last IndyCar race took place in 2007.

The month of May will bring several new additions. Pro Mazda and USF2000 will return to Lucas Oil Raceway for the Carb Night Classic “The Race Before the 500” after a year’s hiatus. Mere hours after the conclusion of Carb Day activities at the Indianapolis Motor Speedway in preparation for the 102nd Running of the Indianapolis 500 – including the Freedom 100, the crown jewel on the Indy Lights schedule – the two series will make their appearance on the .686-mile oval.

In Pro Mazda, the National Class will be replaced by the Pro Mazda Classic (PMC) Series – a six-weekend, 12-race championship within the Pro Mazda Championship utilizing the older Pro Mazda rotary-powered cars from 2002 to 2017. The series will see a separate points chart, prize money and year-end awards.

The annual Mazda Road to Indy Spring Training will take place at Homestead-Miami Speedway on February 23-26. Indy Lights will test on the 1.5-mile oval on February 23 and the 2.21-mile road course on February 26. Pro Mazda and USF2000 will run on the weekend – February 24 and 25 – to assist young drivers juggling their schedules alongside school commitments.

The Mazda Road to Indy Summit program – providing valuable education on a variety of topics including marketing/business, media training, career growth and development, fitness, social media and a comprehensive oval clinic – will continue to be in place next season.

“We’ve put a lot of thought into our schedule and I am pleased with the balance we have in place to properly train drivers to move up the ladder,” said Dan Andersen, Owner and CEO of Andersen Promotions. “We are excited to have Portland on the schedule, which will be a great circuit for our season finales in the three series, and to return to Lucas Oil Raceway on Carb Day for a great night of racing. The Freedom 100 is obviously the biggest race on our calendar and to be able to bring Pro Mazda and USF2000 back into the excitement surrounding the Indianapolis 500 was key. Increasing both the points awarded and the prize money gives these events the weight they deserve.

“The Mazda Road to Indy will take on new life next year with the competition debut of the PM-18. This completes the process we began several years ago to provide the best for our competitors with state-of-the-art race cars. We have a great program in place and it’s working. As always, I am looking forward to seeing many of our drivers take their next steps up the ladder including our recently crowned champions.”

Indy Lights will feature a 17-race schedule at 10 venues comprised of three oval, five road course and two street circuit events. In addition to hour-long race broadcasts on NBCSN, Indy Lights will also be featured on Apple TV, Amazon Fire, Roku and Xbox One as well as Road To Indy TV and on the Road To Indy TV App. Worldwide live streaming and live timing is also available on indylights.com and indycar.com.

Coverage of all Indy Lights sessions is available on the Advance Auto Parts INDYCAR Radio Network with broadcasts on Sirius 214, XM 209, IndyCar.com, indycarradio.com and on the INDYCAR Mobile app.

Open tests are scheduled at Homestead-Miami Speedway on February 23 (oval) and 26 (road course), Barber Motorsports Park on March 5, the Indianapolis Motor Speedway on May 10 (road course) and 21 (oval), Road America on June 11/12 and the Mid-Ohio Sports Car Course on July 17/18 for a total of nine test days.