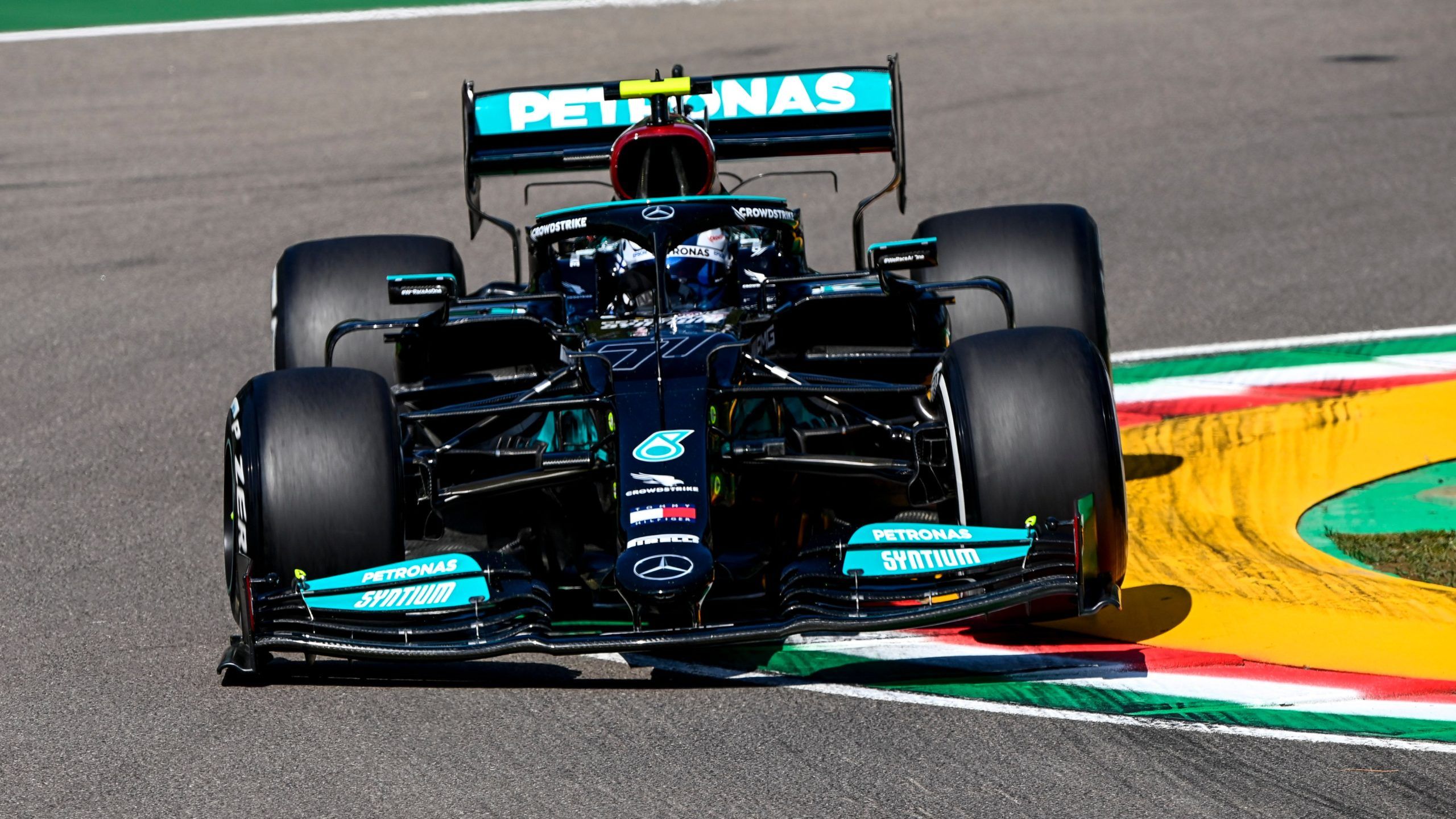 It was much more sedate in FP2 of F1 Imola GP, apart from a late red flag and track limits lap deletions for almost all of the drivers. At the front, though, it was Valtteri Bottas again leading from Mercedes teammate Lewis Hamilton by 0.010s.

Bottas had his best time set on the medium tyres with a 1m15.551s to Hamilton’s 1m15.561s, where the latter managed to improve just on his second run on the soft tyres. There was a change in third position with no Red Bull Racing featuring.

Max Verstappen looked in contention but for a stop on the main straight after he ran over the kerb. He came to a halt as something broke and despite Red Bull got the car back, they couldn’t fix the issue in time for him to return to the track then.

Third place then went to AlphaTauri’s Pierre Gasly (1m15.629s) ahead of the Ferrari pair of Carlos Sainz (1m15.834s) and Charles Leclerc (1m16.371s), with Red Bull’s Sergio Perez in sixth. The Mexican and Alpine’s Esteban Ocon was cleared of any wrongdoing for FP1 clash.

Perez set a 1m16.411s, as the red flag was for Leclerc, who crashed onto the wall after an oversteery moment. It ended the FP2 session of F1 Imola GP, as AlphaTauri’s Yuki Tsunoda (1m16.419s) slotted in seventh. He had some changes on his Honda power unit.

Just outside the Top 10 was Ocon in 11th from Williams’ Nicholas Latifi, who had another good session, with Alpine’s Fernando Alonso slotting in 13th ahead of Verstappen. The other Williams of George Russell was 16th behind Aston Martin’s Sebastian Vettel.

Alfa Romeo’s Kimi Raikkonen was 17th with McLaren’s Daniel Ricciardo 18th after his lap was deleted. Haas’ Mick Schumacher and Nikita Mazepin ended up 19th and 20th, with the latter still having issues in the car.