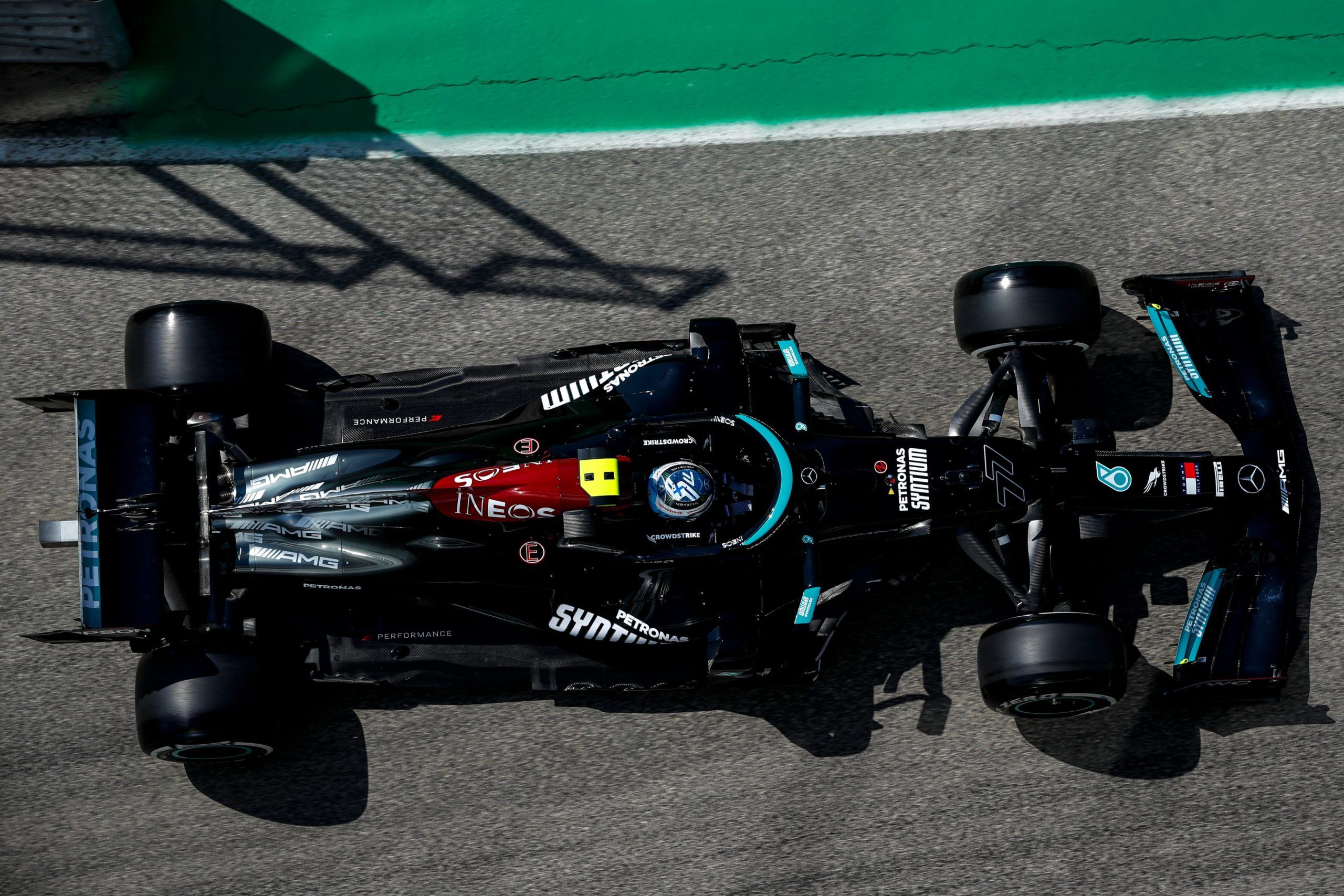 The F1 Imola GP FP1 was a busy one for all, affected by a red flag, for a clash between Red Bull’s Sergio Perez and Alpine’s Esteban Ocon. The connectivity issues hampered replays, where it was shown the moment when the Mexican spun into the corner.

Christian Horner noted that Ocon was on a slow lap, while Perez on a fast lap. The footage of the actual contact is yet to be shown but the Mexican had a damage to his left-rear, while the Frenchman damaged his front-right.

That was not the only red flag as towards the end, with few seconds remaining, Haas’ Nikita Mazepin spun and hit the barrier, coming into the left-hander. He initially lost the rear on the kerb and then his front too, to spin onto the barrier.

That was the second spin for Mazepin, as he started the Imola GP FP1 session with an off/spin in the final corner. There was an off for AlphaTauri’s Yuki Tsunoda and Williams’ Nicholas Latifi, while there were moments for several others in tricky conditions.

In fourth was Ferrari’s Charles Leclerc (1m16.796s), despite having a scare mid-session. Teammate Carlos Sainz (1m16.888s) ended up sixth behind AlphaTauri’s Pierre Gasly (1m16.888s) – where both set the same lap time as we can see.

Despite the double spins, Mazepin ended up 18th ahead of Haas teammate Mick Schumacher, whereas Tsunoda made it out after an early off, to be 20th – the three F1 rookies rounding out the last three places of Imola GP FP1.

In other news, McLaren revealed that they have an arrangement with Paul di Resta to take up the driving role in 2021, if either of the Mercedes drivers are not available. The team signed a deal with the Scottish racer last year, which continues on for this season.

The first option is to have Mercedes duo of Stoffel Vandoorne and Nyck de Vries, but if they are not available, then they will keep di Resta as a back-up. In terms of a choice between the Belgian and the Dutchman, McLaren will take a call during the weekend when it comes.

On Nico Hulkenberg, there was no clear answer but left it more on what discussions can be held via Mercedes. Our main focus is on this agreement that we have with Mercedes,” said Andreas Seidl to media including FormulaRapida.net.

“Also, what we had in place last year in Silverstone, we have a good relationship with Paul di Resta, who is also in possession of a superlicence. So we have an agreement with him as well in order to jump in if the requirement is there, so we’re prepared for different scenarios.”

On Vandoorne or de Vries and if Hulkenberg is in the mix, Seidl added: “That’s obviously something we have to do together with Mercedes, depending on who’s actually on standby for Mercedes for a specific weekend. We are depending on Mercedes. We simply have to follow what Mercedes is putting in place for the different weekends.”