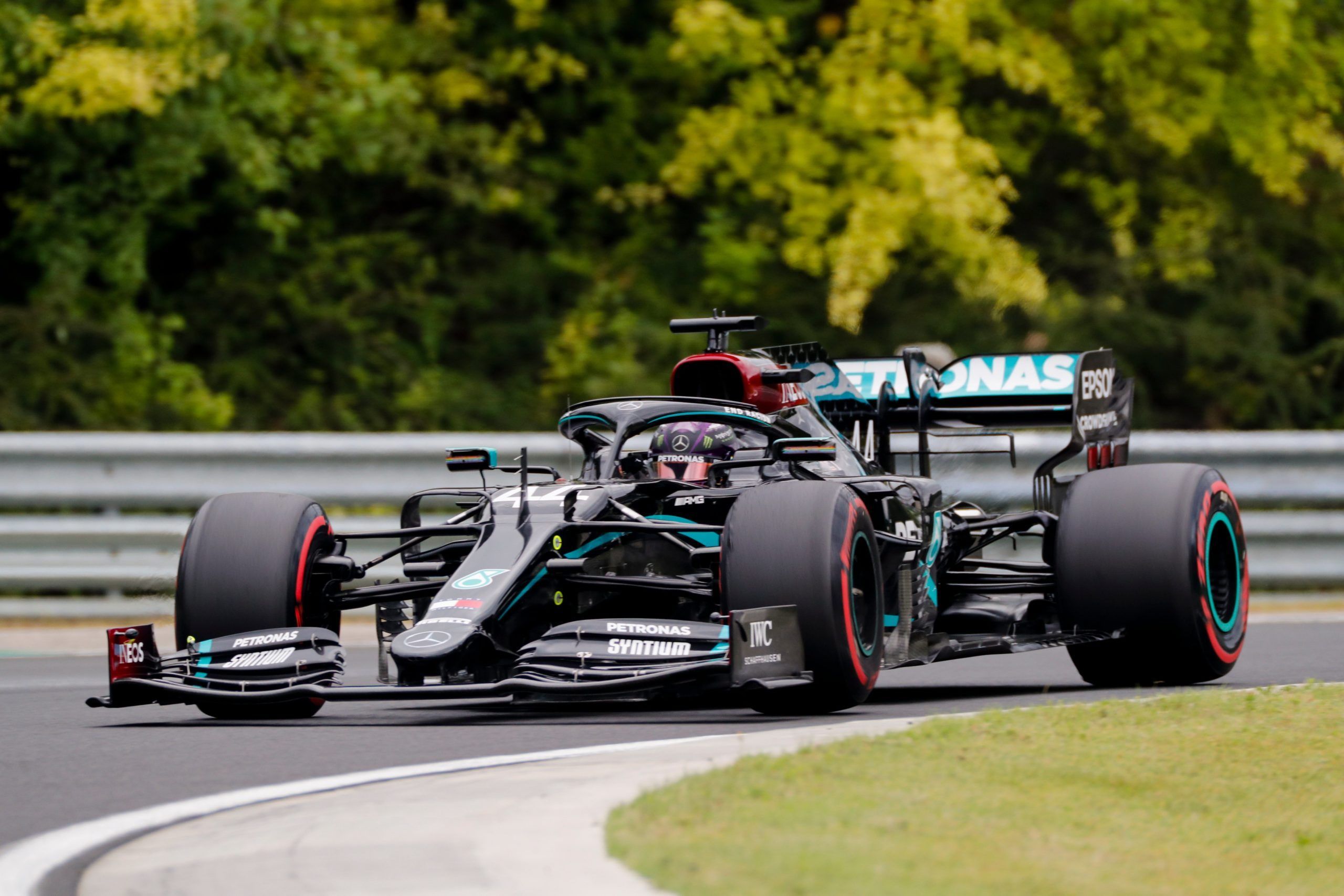 While it was dry at Hungaroring in first session of F1 Hungarian GP, the track was constantly improving lap after lap as surprises were in store. Racing Point’s Sergio Perez and Lance Stroll led the way as Mercedes’ Lewis Hamilton was third.

While it may not help him in any case but McLaren’s Carlos Sainz is under investigation for blocking Giovinazzi at Turn 4. It will be investigated after the qualifying and if found guilty, the Spaniard may lose three places.

In a strategy gamble, both Mercedes, Racing Point and Renault drivers used the medium compound for their first runs but it didn’t look like that the latter two would make it through to the Top 10 on those set of tyres, while the former seemed better placed.

For the second run, it was tricky situation as Mercedes and Renault switched to soft compound but Racing Point stayed on with the medium and actually got through to be two of the four cars to start the F1 Hungarian GP on the yellow-coloured tyres.

This meant disappointment for Red Bull’s Alexander Albon (1m15.715s) who could only manage 13th in the end with Renault’s Daniel Ricciardo (1m15.661s) and Williams’ George Russell (1m15.698s) ahead of him – the Brit getting his second top qualifying result.

Albon complained of traffic on the radio as Renault’s Esteban Ocon (1m15.742s) was 14th and Williams’ Nicholas Latifi (1m16.544s) 15th, where Mercedes’ Hamilton ended up quickest from Bottas and Red Bull’s Max Verstappen.

The fight for pole was certain between the two Mercedes drivers as Hamilton laid the benchmark with a provisional top spot from Bottas with Racing Point’s Lance Stroll slotted in third, where his teammate Sergio Perez’s lap time was deleted due to track limits.

Interestingly, none from Verstappen, Norris and Sainz used a new set of soft tyres for their final runs as AlphaTauri’s Pierre Gasly in 10th did not set a lap time after troubles with his Honda engine all-through the session.