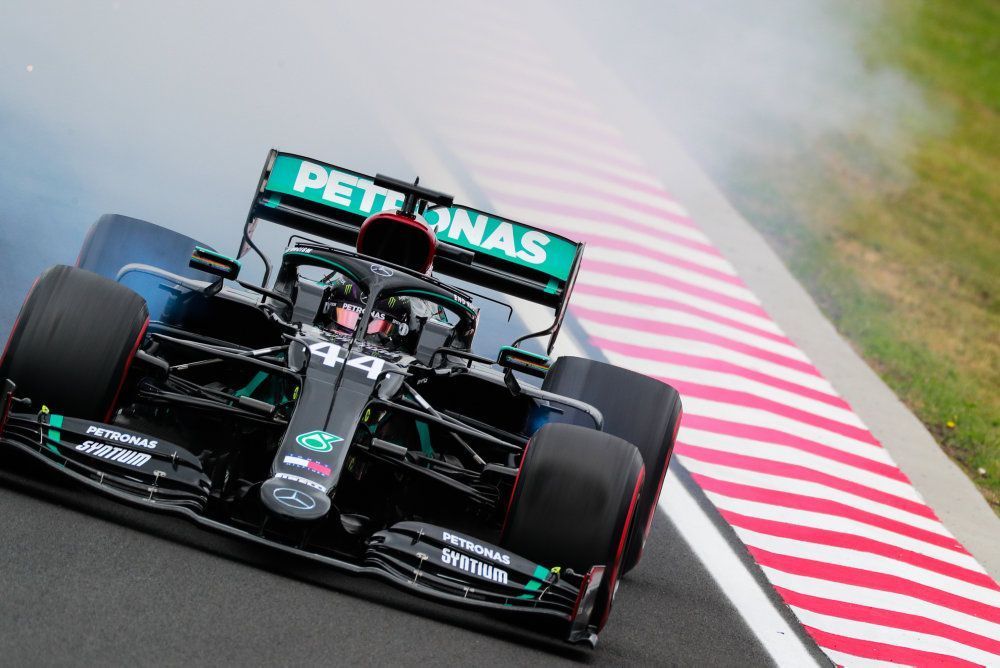 The pace of Mercedes and Racing Point was evident to be seen in FP1 of F1 Hungarian GP at Hungaroring, with Hamilton leading the way from Bottas despite having set his best time of 1m16.003s on the hard compound to his teammate’s 1m16.089s on medium.

The duo were in the league of their own as Racing Point’s Perez (1m16.530s) slotted in third from teammate Lance Stroll (1m16.967s), both having set their best on the soft compound. The Mexican had an off and flat-spotted his front-right massively to end early.

Also, the Canadian complained at one point of being blocked by Williams’ Nicholas Latifi, who also face the gestures of Red Bull Racing’s Max Verstappen, who did not enjoy much having finished eighth with a 1m17.435s lap on the soft compound.

He was beaten by Renault’s Daniel Ricciardo (1m17.200s) in fifth with Ferrari drivers Sebastian Vettel (1m17.238s) and Charles Leclerc (1m17.404s) in sixth and seventh respectively, where all the three set their best time on the medium compound.

Norris had a small off earlier in the session as Haas’ Kevin Magnussen (1m17.713s) slotted 12th on the medium compound, where the Dane complained of steering issues. The other Red Bull of Alexander Albon (1m17.727s) was 13th after one of his quick lap was deleted.

Williams’ George Russell (1m18.574s) ended up 18th with Alfa Romeo’s Robert Kubica (1m19.150s) in 19th as AlphaTauri’s Pierre Gasly was confined to the pits due to an engine issue. The Brit set his best on hard, whereas the Polish did on medium, which included a spin.