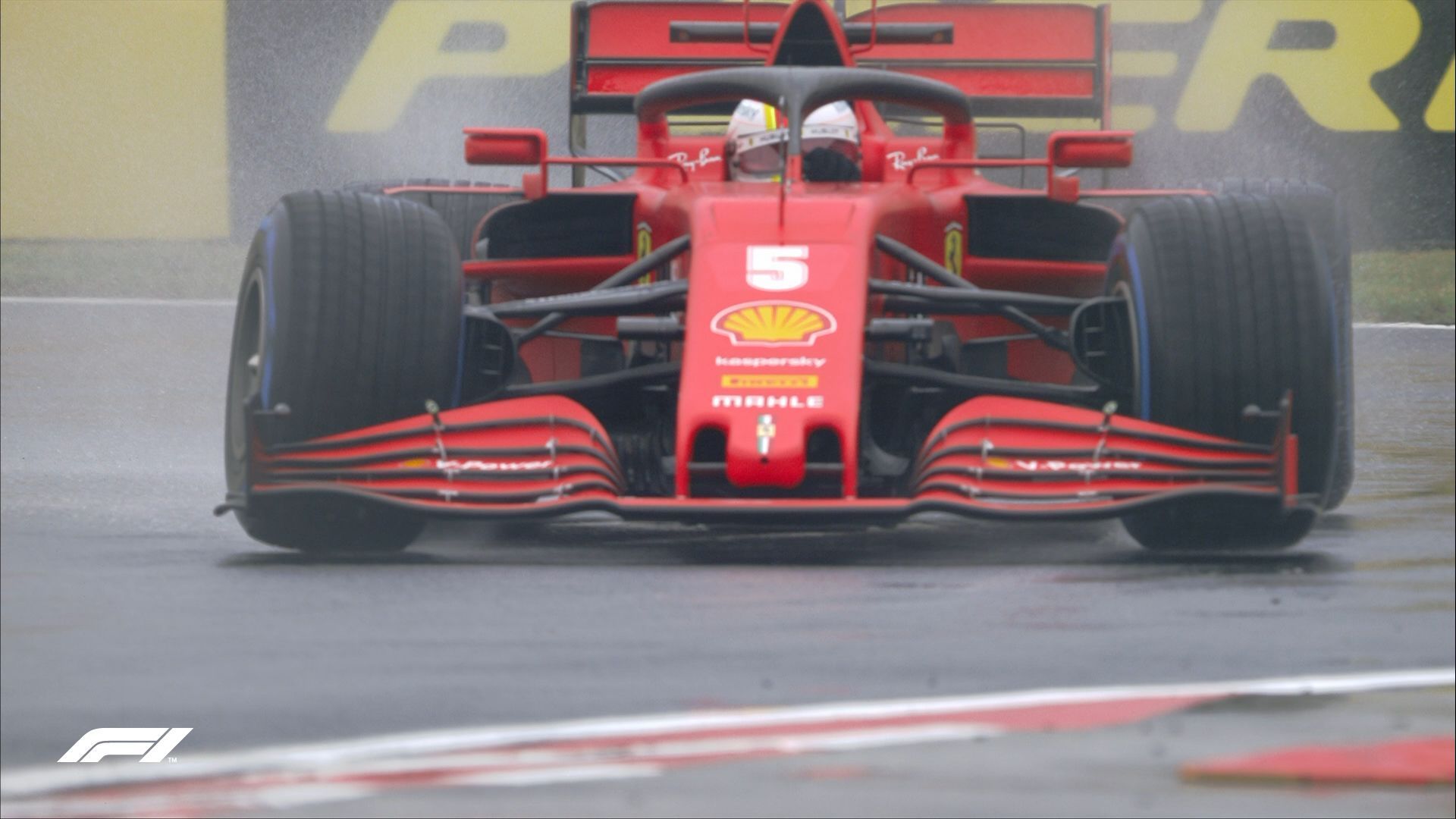 Ferrari’s Sebastian Vettel ended up as the quickest from Mercedes’ Valtteri Bottas and McLaren’s Carlos Sainz in a rain-affected FP2 session in F1 Hungarian GP.

The FP2 in F1 Hungarian GP at Hungaroring was disrupted wholly by rain as the session saw multiple drivers setting the quickest lap time as it progressed. For once it seemed like there will be drivers who would not even have installation lap even.

But eventually everyone had at least one lap in but no one pushed hard as Ferrari’s Vettel eventually set the quickest time of 1m40.464s to lead Mercedes’ Bottas (1m40.736s) and McLaren’s Sainz (1m40.784s) in FP2 of F1 Hungarian GP.

The Spaniard did have an off moment as well. Racing Point duo Lance Stroll (1m42.380s) and Sergio Perez (1m42.470s) slotted in fourth and fifth with AlphaTauri’s Pierre Gasly (1m42.588s) sixth as the Frenchman made it out after sitting out the whole of FP1 session.

Honda found out that it was a sensor issue and not any major power unit trouble on Gasly’s car in FP1 but he had heating issues still. A late lap from Red Bull Racing’s Max Verstappen (1m42.820s) put him in seventh ahead of Haas’ Romain Grosjean (1m42.335s).