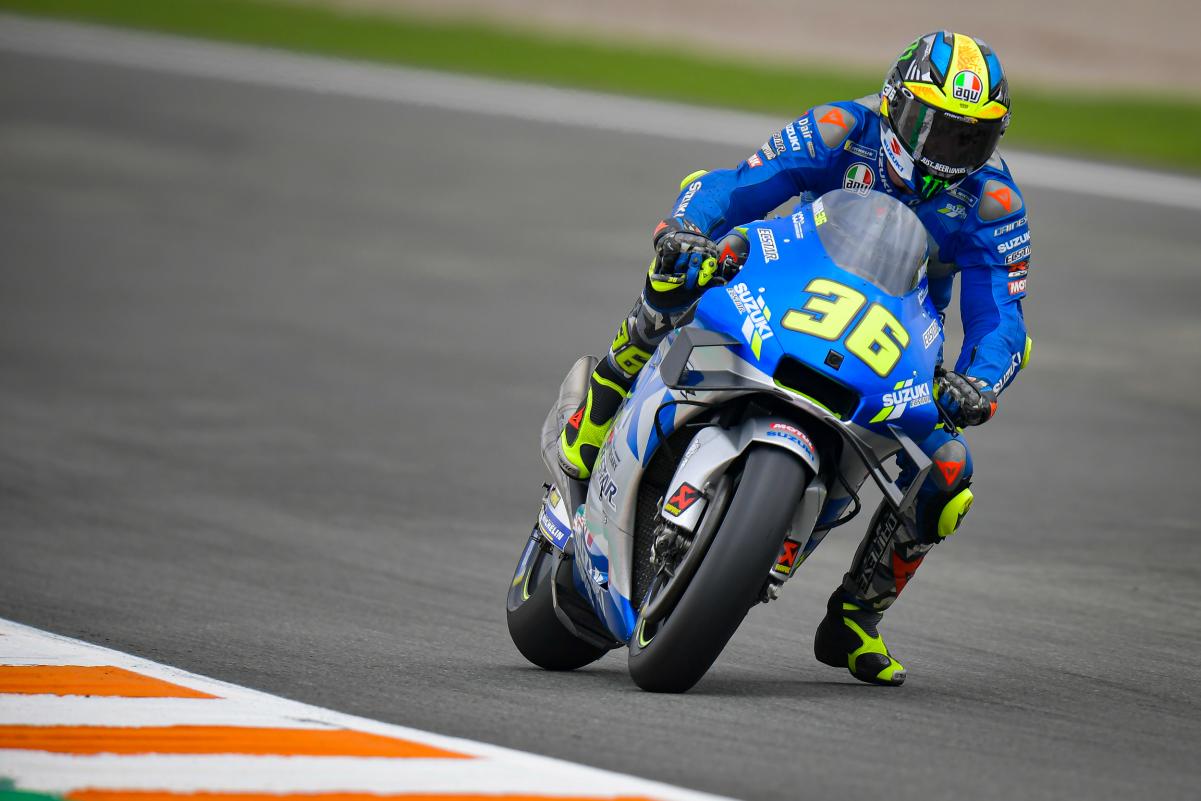 The European GP MotoGP pole-sitter Pol Espargaro started off well abode his KTM from Suzuki’s Alex Rins, as his teammate Joan Mir made up places to be third along with Tech 3 KTM’s Miguel Oliveira in fourth and LCR Honda’s Takaaki Nakagami in fifth.

Avintia Ducati’s Johann Zarco steadied in sixth from Petronas SRT’s Franco Morbideli but it was disaster for the Italian’s teammate Fabio Quartararo, who crashed out along with Aprilia’s Aleix Espargaro in the same left-hander without having made any contact.

While Espargaro was out, Quartararo picked up his Yamaha and re-joined the race in the hope to salvage something from the race. It was similar situation for Aprilia’s Lorenzo Savadori, who crashed in the final corner but re-joined the European GP.

Quartararo was further helped by a crash for Pramac Ducati’s Francesco Bagnaia at Turn 2 and LCR Honda’s Cal Crutchlow at Turn 8. In another disaster for Yamaha, MotoGP returnee Valentino Rossi was forced to retire due to power loss on his M1.

Meanwhile, at the front of the pack, Rins passed Espargaro for the European MotoGP lead in the right-hander. It soon became a Suzuki 1-2 as Mir made a similar move on the following lap to take second, as Nakagami passed Oliveira to fourth in the order.

Ducati’s Danilo Petrucci was 12th from Honda’s Stefan Bradl as pitlane starter Yamaha’s Maverick Vinales ran in points mid-way in European MotoGP race in 14th ahead of a recovering Quartararo. Both of them were helped by streak of retirements.

Joining Espargaro, Rossi, Bagnaia and Crutchlow was Avintia’s Tito Rabat but it seemed two late for the Yamaha riders as a wide moment from Rins in the right-hander allowed Suzuki teammate Mir to pass him and take the lead of the European MotoGP race.

Once in the lead, Mir started to pull away from Rins and Espargaro as Miller passed Zarco for sixth. The fight for eighth got tasty between Marquez and Dovizioso as the Italian passed the Spaniard on main straight to gain track position.

But Marquez crashed out straightaway then, almost taking out Dovizioso as well. The crash helped Binder to be ninth and Petrucci 10th after both had already passed Morbideli earlier in the grand prix. Bradl ran 12th with Vinales, Quartararo and Savadori in the Top 15.

At the front, Mir was unfazed to register his first-ever MotoGP victory in European GP at Valencia. He became the ninth different winner of the 2020 season as he extended his championship lead by 37 points over Rins and Quartararo.

It was a Suzuki 1-2 with Rins second as Espargaro was third from Nakagami and Oliveira as Miller was sixth from Binder, who managed to pass Dovizioso on the final lap after both managed to clear Zarco on the lap before it, to be seventh and eighth.

With Zarco ninth, Petrucci clawed back to 10th as Morbideli finished 11th from Bradl, Vinales and Quartararo after Savadori pitted on the final lap from 15th. DNF: Marquez, Rabat, Crutchlow, Bagnaia, Rossi, Espargaro.

#MotoGP #Valencia1 Race results with @JoanMirOfficial as the winner. It is his first win in MotoGP as he still leads the championship. @Rins42 finishes P2 and takes P2 in the championship. @polespargaro takes third. #MsportXtra @MotoGP pic.twitter.com/obKO1MLaJY