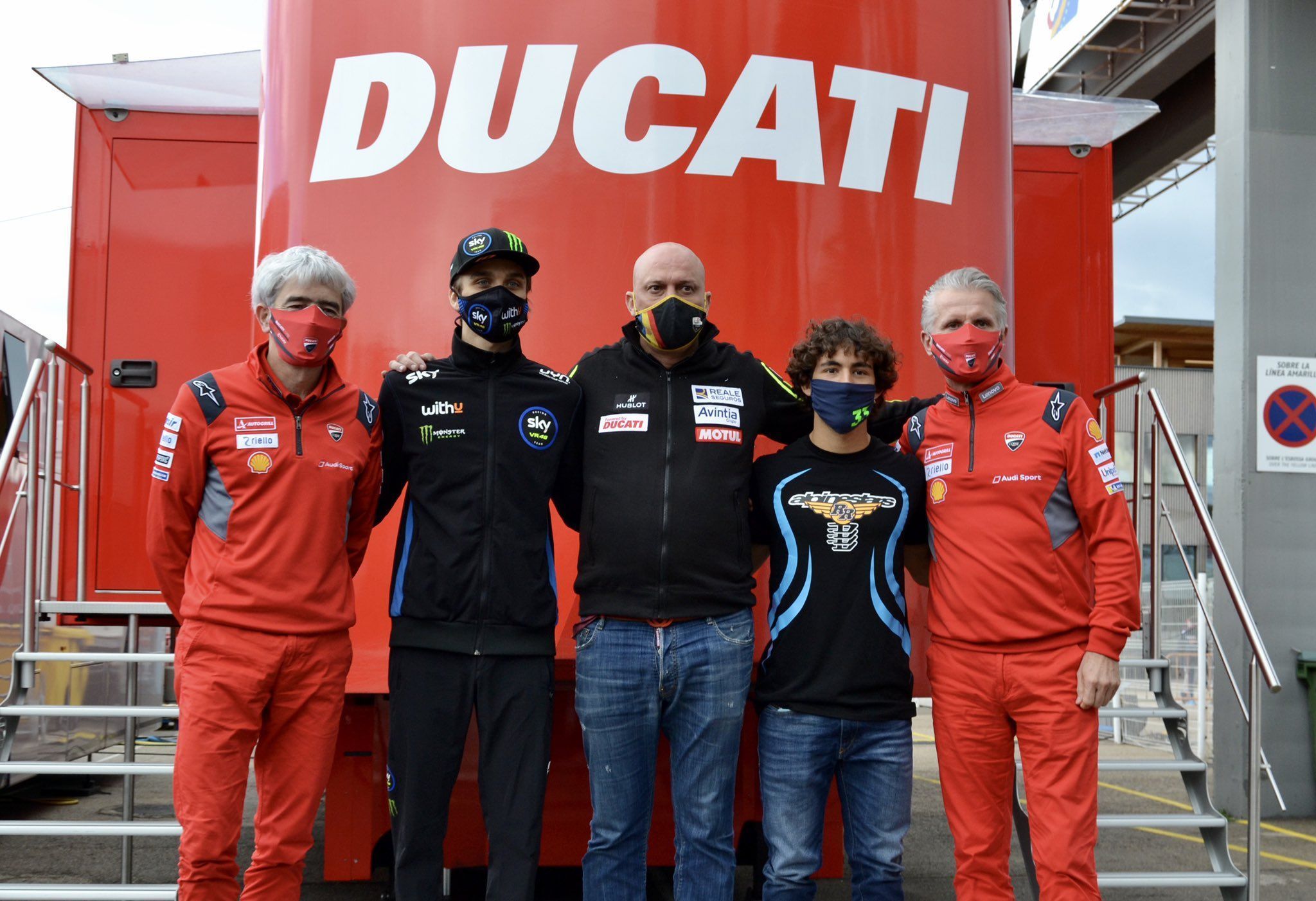 Esponsorama (Avintia) Ducati has signed Luca Marini and Enea Bastianini for the 2021 MotoGP season, with Tito Rabat out of the team.

While Bastianini was already confirmed to make his MotoGP debut in 2021 few months back, his team has now been revealed to be Esponsorama Racing, as he will be joined by Marini to complete the satellite Ducati outfit’s line-up.

The team had already announced the departure of Johann Zarco, who moves to Pramac Racing, but nothing was said about Rabat. The announcement now confirms his ouster from Esponsorama and possibly MotoGP as well, after five years in the premier class.

Interestingly, Marini will continue wearing SKY Racing Team VR46 colours in MotoGP as well, after a deal between the academy and Esponsorama. This means that the team will have two different colour scheme in 2021 with Bastianini sporting the usual team colour.

“Competing in MotoGP is every rider’s dream. Having this great opportunity and being able to share it with the Sky Racing Team VR46, Esponsorama Racing and Ducati is even better,” said Marini. “In these years with the team I have gained experience, I have grown and I have achieved the first important results. We are in a crucial phase of the season, we will continue to work hard to reach the maximum goal before making this big step together.”

At the same time, Bastianini added: “I am very happy to go up to MotoGP with Ducati and Esponsorama Racing. Now I have to concentrate on finishing the season as I would like to go up as World Champion, although I know it will not be easy.

“Next season several riders will make the leap to MotoGP, we will start a new adventure together with the fastest riders in the world in which I think that together with the team I will be able to achieve good results.”