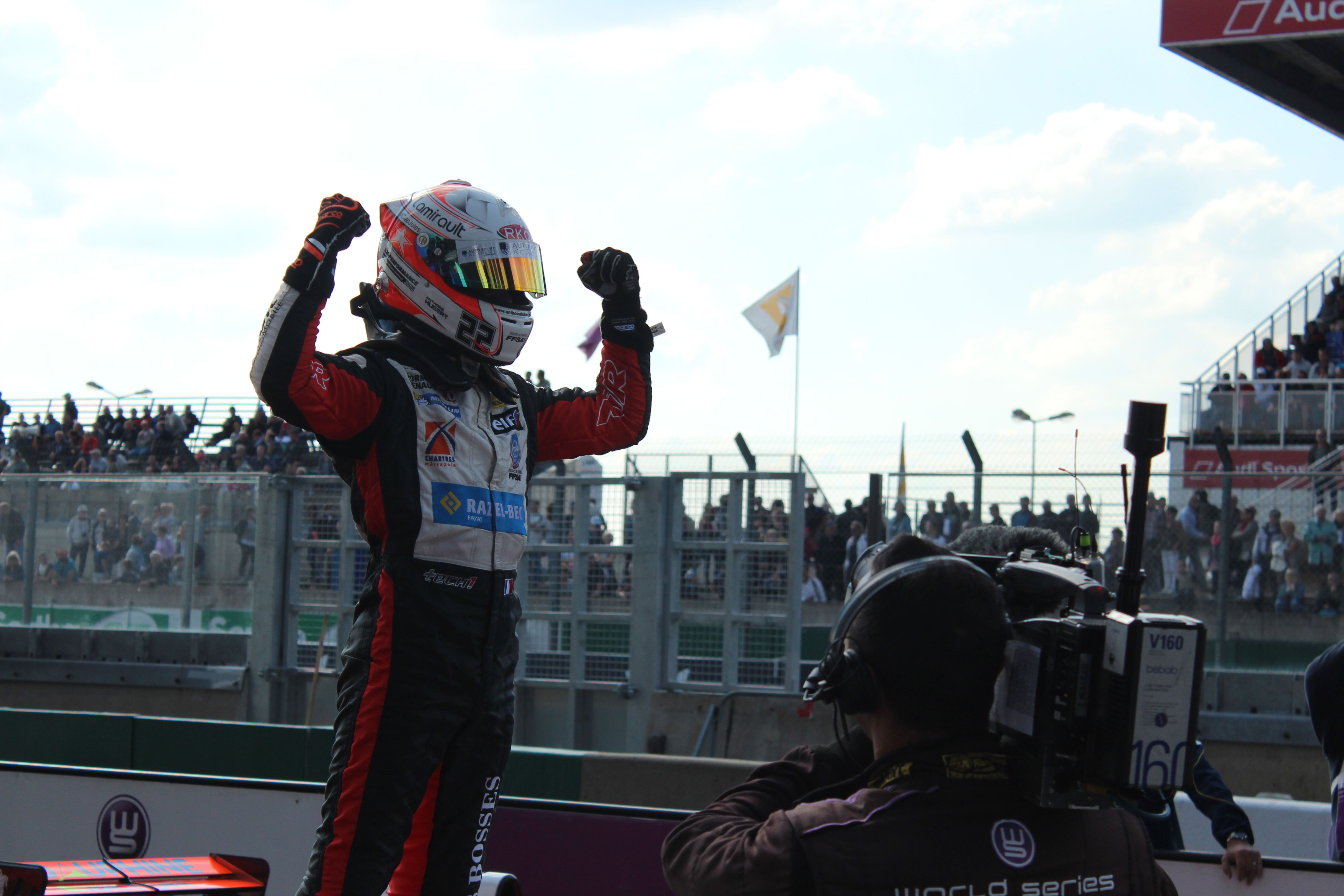 Anthoine Hubert has taken his second win of the season at his home soil at Le Mans. The Frenchman wins his second race of the season and comeback to the battle of championship. Dennis Olsen finished on second place as Simon Gachet was third. Delétraz and Olsen 8th & 9th are equal in the championship standings.

Today we have arrived with a small gaps in the championship, and we leave it with smallest gaps. 8 drivers are eligible to win the championship at Jerez. Eight drivers, which it means maybe the most exciting season of the series.

At the start, both Tech 1 Racing arrived side by side at Dunlop chicane, as Gachet went off and take the first position in front of Hubert, D’Agosto, Olsen, Scott and Aitken. Josef Kaufmann Racing cars made a poor start as they went down to eight and ninth position.

And we also had a crash at turn 7 when Isaakyan was pushed out of the track. This caused a safety car for five minutes.

Then at the restart, Olsen (Manor MP Motorsport) overtook his team mate, Ignazio d’Agosto for third place at Dunlop chicane. Aitken had try to overtake his countryman, Harrison Scott (AVF) for fifth place but went off at turn 11 and Barnicoat (Fortec Motorsports) overtook him.

One lap later, as Olsen set the fastest lap, Hubert overtook his Tech 1 Racing team mate in a clean manoeuvre at Dunlop chicane. That was the key of the race, as Hubert went straight to the victory.

Second place for Olsen and not for Gachet who crossed the line on this place.

The stewards penalized him with one place because the Norwegian driver overtook him at Dunlop chicane, but Gachet cut the chicane to retake second place. So podium complete by Olsen and Gachet.

In the championship standings, Delétraz continues as the leader with an equal with his team mate, Louis Delétraz with 161 points, but the BMW driver is first because he have 3 wins, and Jörg only have 1. Third is Jack Aitken 7 points behind, then13 points behind is Anthoine Hubert, Barnicoat is 29 points behind, as Hughes after 0 points this weekend down to sixth in the standings. Sasahara and Olsen on seventh and eighth, still on the will to win the championship at Jerez, where we will have three races.

Gachet thanks to this third place up to 16th in the standings.

In Team’s classification, Tech 1 Racing overtakes Fortec Motorsports for third place in the standings, behind Koiranen GP and Josef Kaufmann Racing who continues on top.

Next round of Eurocup Formula Renault 2.0 will be at Jerez in three weeks’ time.