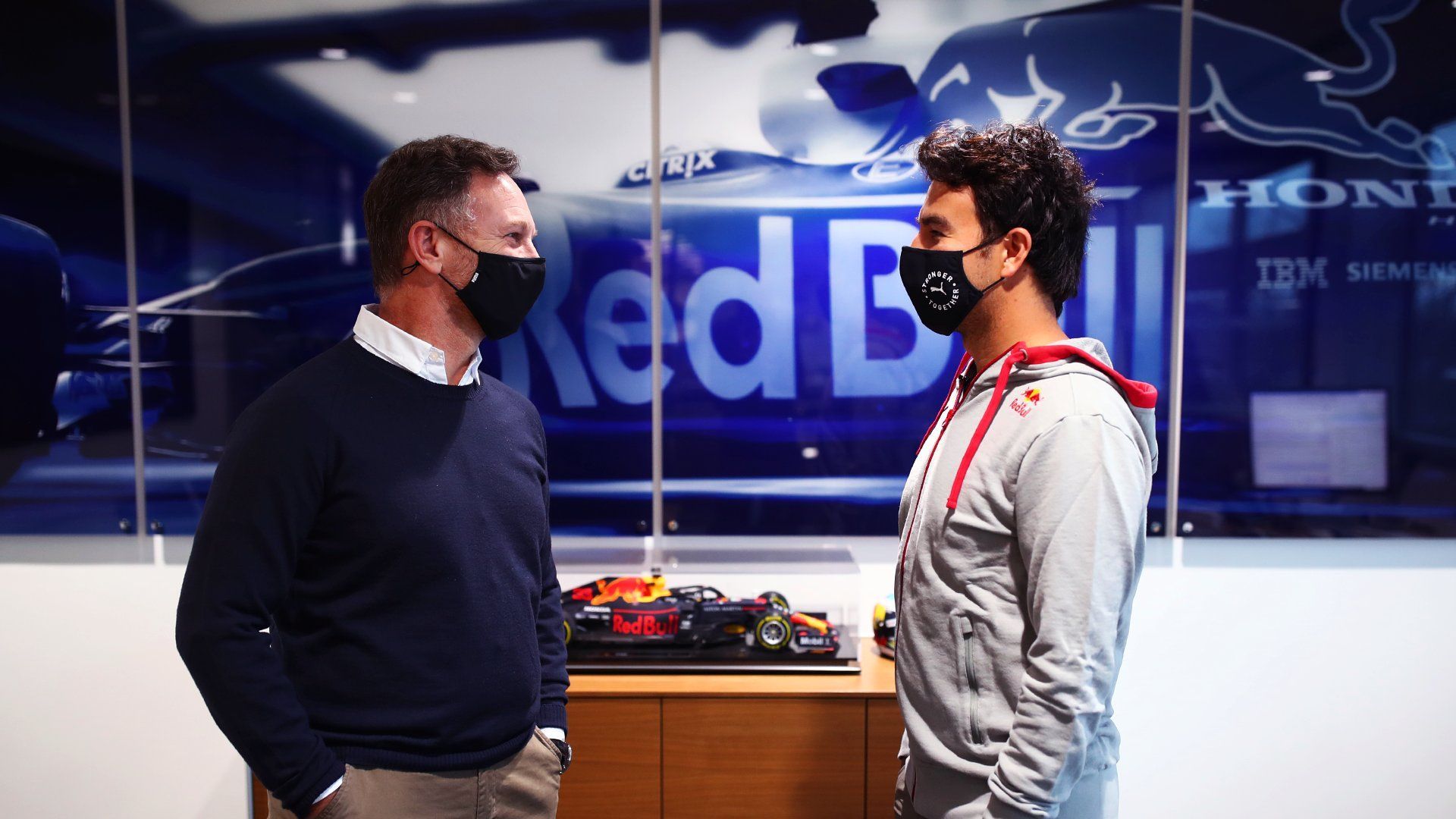 Perez is the third driver to join the F1 team since 2019, following Pierre Gasly and Alexander Albon, both of whom decisively underperformed relative to Verstappen, the team’s 23-year-old wunderkind who has been unmatched by any teammate since Daniel Ricciardo eclipsed him in 2017.

Though Ricciardo was a great asset to Red Bull, winning twice in the first half of his final season at the British team in 2018, neither Gasly nor Albon were able to reliably deliver performances on par with Verstappen, the former never seeing the podium while at the team and the latter failing to earn a victory in his stay.

Horner hopes that Perez, whose 2020 season was among the most impressive last year, can contribute to the team’s pursuit of Mercedes next season on a greater scale than his predecessors did. “It’ll be very difficult [for Sergio] to get himself up to speed in just one test, straightaway,” Horner began to media like F1, Motorsport Network, Racefans.net and more.

“But he has the benefit of a lot of experience and, of course, we are expecting him to be close to Max and challenging – in a way that we had with Daniel Ricciardo and Max for three seasons. So, hopefully, Sergio can play a real, really important role for the team in getting both cars, on a consistent basis, near to the Mercedes,” the Brit added.

Horner also says that Verstappen has improved considerably in his time at the team, acknowledging that his ability to extract remarkable pace from the various Red Bulls he has driven makes him a challenging opponent. “I think Max has done a great job,” Horner said. “I think he’s matured enormously over the last few years.

“And I think what he’s extracted from the car in the last couple years has been truly impressive. In a car that hasn’t been as good as the Mercedes and to have won five races in the last two years with Honda power as well, I think he’s done a fantastic job. And we just as a team need to be able to do that on a more consistent basis over the course of a 23-race season,” the 47-year-old said.

While the praises for Verstappen continued, Horner also was mindful of losing the Dutch driver to any of his rival F1 teams – particularly Mercedes. The Brit feels that he will be on top of the list alongside George Russell if Lewis Hamilton and Valtteri Bottas leave the team.

“I’m sure that should Lewis decide to stop, then Max would naturally be the driver at the top of the list, but they also have George Russell,” said Horner. “They’ve also got other drivers obviously available to them. “It’s all down to relationships and us producing a competitive car. There’s no guarantees for 2022. It’s a complete clean sheet of paper.

“So if there’s going to be a significant mix up of the order, one would assume it’s going to be with that big regulation change. All drivers have safeguards within performance and the reality is that as there has always been there is an element of performance related to Max’s contract. I’m not going to go into what that is.

“It doesn’t relate to the power unit in any way. It’s just a binary performance at a certain measurement in time. As with all these things, though, to force a driver that doesn’t want to be there – it’s more about relationships than contracts and you only pull a contract out of a drawer when you’ve got a problem.

“So I’m confident that we won’t need to refer to any contractual clauses. I think that it will ultimately be down to us to deliver a competitive car. That’s what he wants, that’s what we want. He needs that. We need that. So in that respect, we’re both in an identical situation,” summed up Horner.

Here’s Christian Horner on steps with Honda beyond 2021