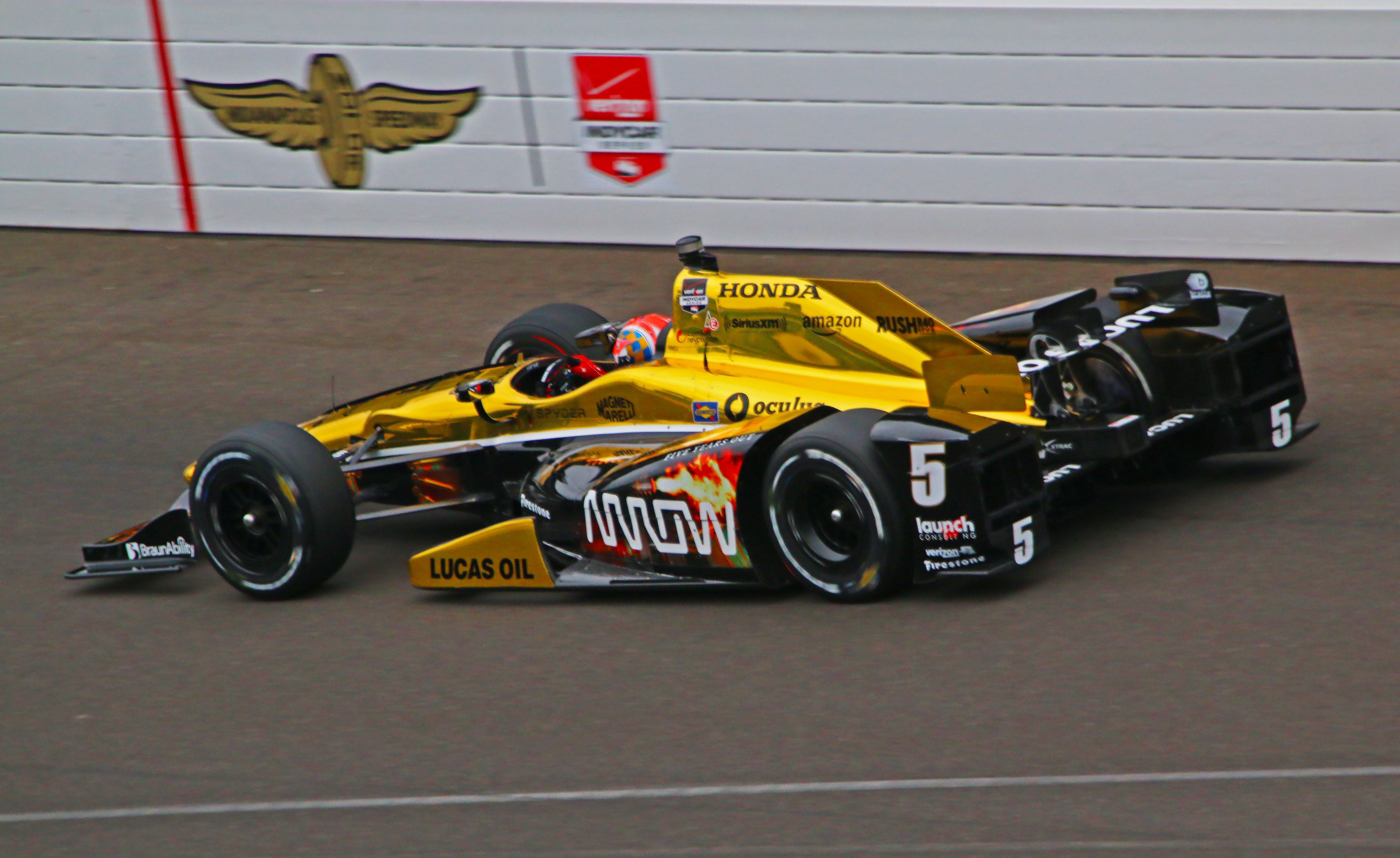 IndyCar Series driver James Hinchcliffe is listed in stable condition and underwent surgery on his upper left thigh at IU Health Methodist Hospital in Indianapolis after the No. 5 Arrow/Lucas Oil Schmidt Peterson Motorsports Honda he was driving made hard right-side contact with the Turn 3 SAFER Barrier and slid on its left side all the way into Turn 4 about 50 minutes into practice on the 2.5-mile Indianapolis Motor Speedway oval.

Hinchcliffe was awake when the Holmatro Safety Team arrived on the scene and he was transported by ground to the nearby hospital. Updates on his condition will be provided as available.

A Honda spokesman said the right-front suspension failed as Hinchcliffe’s car was entering the turn.

Hinchcliffe, 28, of Toronto, is in his first season with Schmidt Peterson Motorsports. He won the inaugural Indy Grand Prix of Louisiana on April 12 and has one other top-10 finish (seventh in the Honda Indy Grand Prix of Alabama at Barber Motorsports Park on April 26) in five races. In 73 starts covering five Verizon IndyCar Series seasons, Hinchcliffe has four victories and 19 top-five finishes.

In four Indianapolis 500 starts, he has a best finish of sixth in 2012. He qualified second in 2014 while with Andretti Autosport.

The incident is the fifth this month in preparation for the 99th Indianapolis 500 Mile Race on May 24. Last week in practice, Helio Castroneves, Pippa Mann and Josef Newgarden were involved in crashes. On May 17, Ed Carpenter’s car made contact with the Turn 2 SAFER Barrier. The incident, along with the others, prompted INDYCAR to reduce the engine boost level and require entries to run their race aerodynamic configuration in qualifications.

The drivers in those incidents were uninjured.

Scott Dixon earned the Verizon P1 Award for the pole position with a four-lap average speed of 226.760 mph in the No. 9 Target Chip Ganassi Racing Chevrolet.