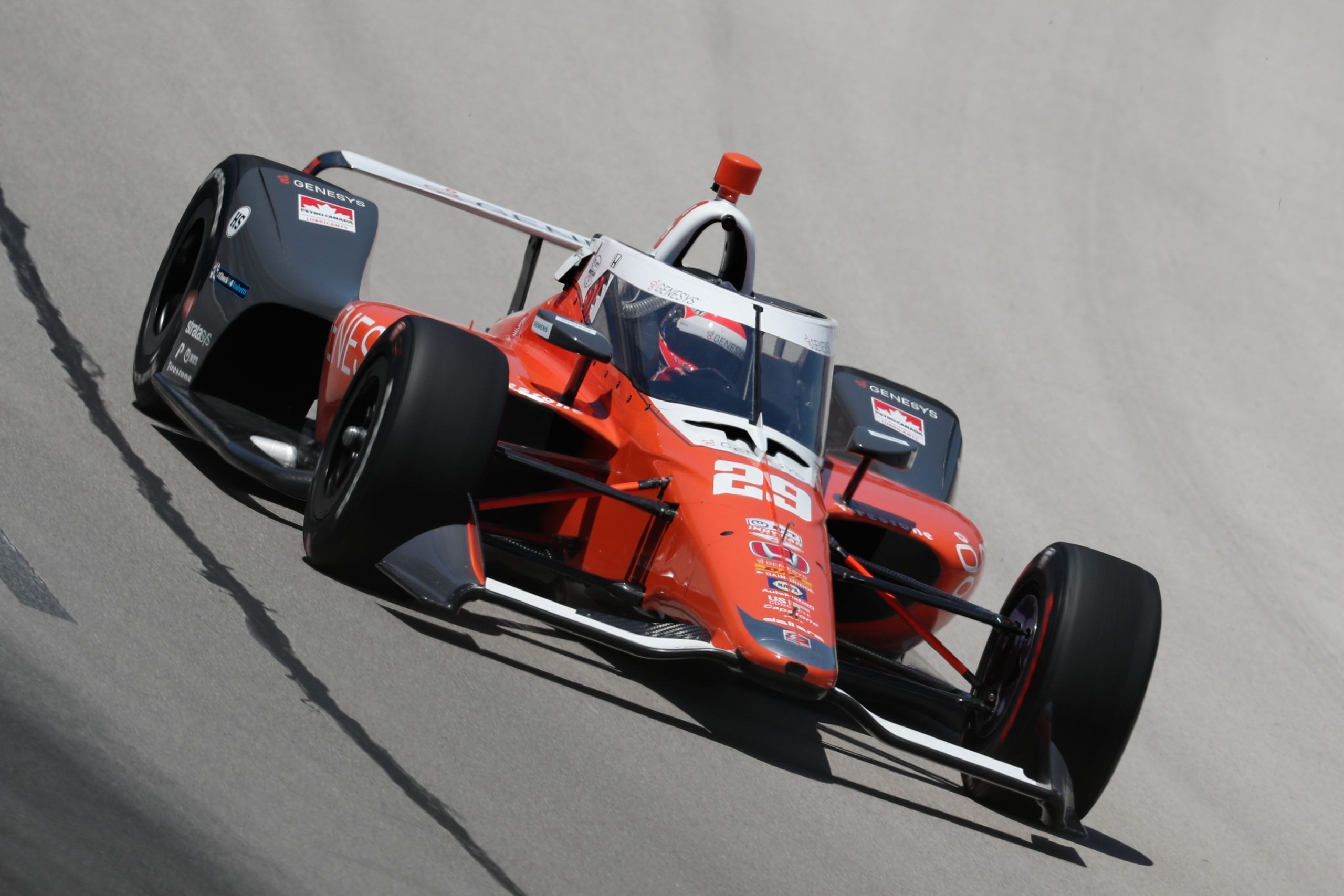 James Hinchliffe has been announced as the driver who will fill the vacant #26 Andretti Autosport IndyCar for the remaining three races in 2020.

Hinchcliffe was known to be a clear frontrunner for the seat, having driven with the team at three rounds this year, and so to many, this announcement was an inevitability. Nonetheless, it awaited confirmation, which was made by Andretti on Friday.

The Canadian driver impressed at his last outing on the IMS road course with the team, for the GMR Grand Prix of Indy in July. Once more, he’ll be hoping to deliver, just as he did for the team with an eighth place at this year’s Indy500 – another of the three races he contested with Andretti.

Hinchcliffe offered consolation to Veach, who was abruptly shown the door, but remains focussed on the upcoming races, wherein he will drive young American’s Gainbridge-flavored #26 Andretti IndyCar.

“I know, probably better than most, what Zach is feeling right now, and I have to say that he has handled everything about as class act as you can. I’ve known Zach as a teammate, before that as a colleague and even before that as a friend, and he is a guy that I respect in every way. I know he is a fighter and will fight back to where he wants to be.

“For me now, my focus is 100% on racing the Harvest GP and getting the best possible results for Gainbridge, for Honda, for Michael and for the team. I obviously haven’t been on a road course in a while, but at least the last time I was, it was here at IMS! Hopefully that puts us in a good position to go out there and have a strong weekend.”

Team boss Michael Andretti explained that the Canadian was the best option for the team, which will be able to benefit from already-formed bonds. “It’s always unfortunate to have to change drivers this far into a season, but we have to look at finishing the year the best we can for the 26 team and start evaluating and looking at options for 2021. James [Hinchcliffe] has an existing relationship with our team that we’d love to build on and it makes the most sense for him to step in for these last three races. We are looking forward to seeing what he can do.”