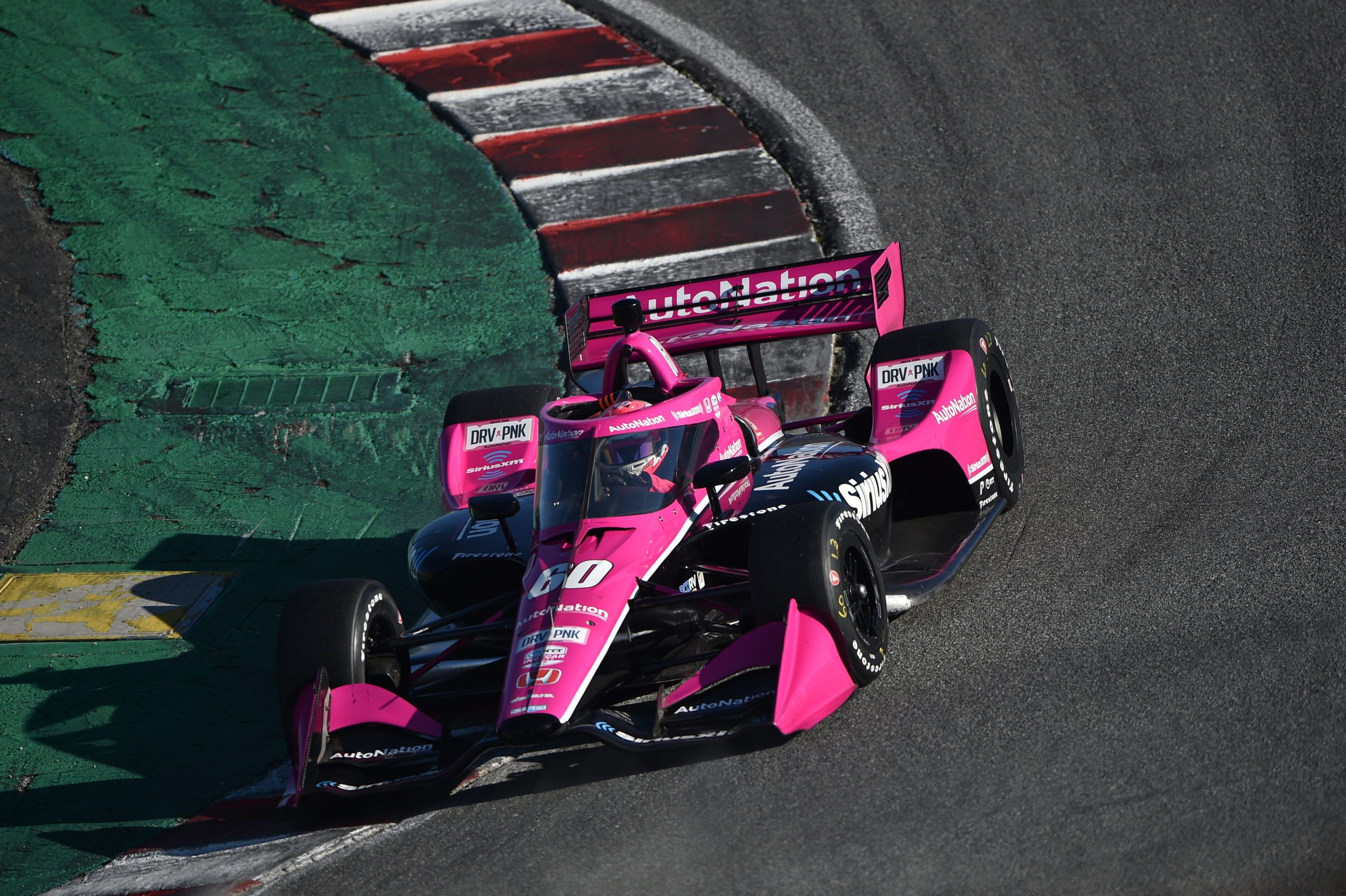 MSR’s Jack Harvey looks forward to experiencing the “massive” benefits of pairing with the experienced Helio Castroneves at MSR in IndyCar.

Castroneves, among the most experienced drivers in the IndyCar field in 2021, will be racing six races with Meyer Shank Racing in 2021, these being the season opener at Barber Motorsports Park, the Long Beach GP, the Indy 500, the IMS road course race, Portland, and Laguna Seca.

Though only part of the team for select rounds, Harvey says his impact at MSR can still be “massive,” particularly as Castroneves enters the team having won an Indy 500 already. Harvey seeks to learn from the Brazilian in 2021, as though he is a “sponge”: “I got asked it earlier and the question was what are you most excited about, and I said the thing I’m most excited about is trying to ask him how did you win the Indy 500,” Harvey began.

“What exactly little bits went your way, what didn’t go your way on the years you didn’t win it. I just want to be a sponge. I just want to learn as much as I can from him. I think Helio is an incredibly nice guy. He’s extremely genuine. He brings a positive and vibrant energy with him… he’s just a really fun guy,” he argued..

Harvey was impressed by Castroneves’ intense passion for IndyCar, which he suggests can be infectious: “He’s incredibly kind, and he’s an absolutely epic racing driver, and it’s probably the thing I’ve most enjoyed about working with him so far is his enthusiasm and his passion still for racing. I mean, what is he, mid-40s? He’s had a career that most people would be extremely just satisfied with. I mean, I would be probably at his age.

“But seeing him test at Laguna before we got in a car is like a kid in a candy shop again, just that raw passion just for being back in the car and racing an IndyCar is so great. I think the way that Meyer Shank Racing has grown and is developing, the fact that people like Helio are so excited to come and be a part of the team makes you feel like everything is heading in a really great direction. So [I have a] huge amount of confidence.

“We all know how good he is at Indy. Obviously I’m just trying to learn as much as I can. Obviously we still want to try and compete the best we can with each other, but I feel lucky to be able to getting to know Helio now as Helio the person, Helio the racing driver and kind of everything in between, as well.

“I think he was actually my first choice — when Michael told me they were looking to maybe expand, he was who I said I really looked for as a teammate and I’m really grateful they went that direction,” Harvey shared.

Meyer Shank Racing are to run a second car for the first time ever in the series in 2021, following investment from F1 owner’s Liberty Media. Harvey believes this provides more opportunity for the team, but does not add negative pressure: “Does it change because of the investment? I mean, probably. But never in a way where any pressure is being applied in a negative way.

“I want to do well for the team in a year where we have got a new shop, and there’s so many exciting things going, it seems like a good year to do something awesome on the track,” Harvey hinted.