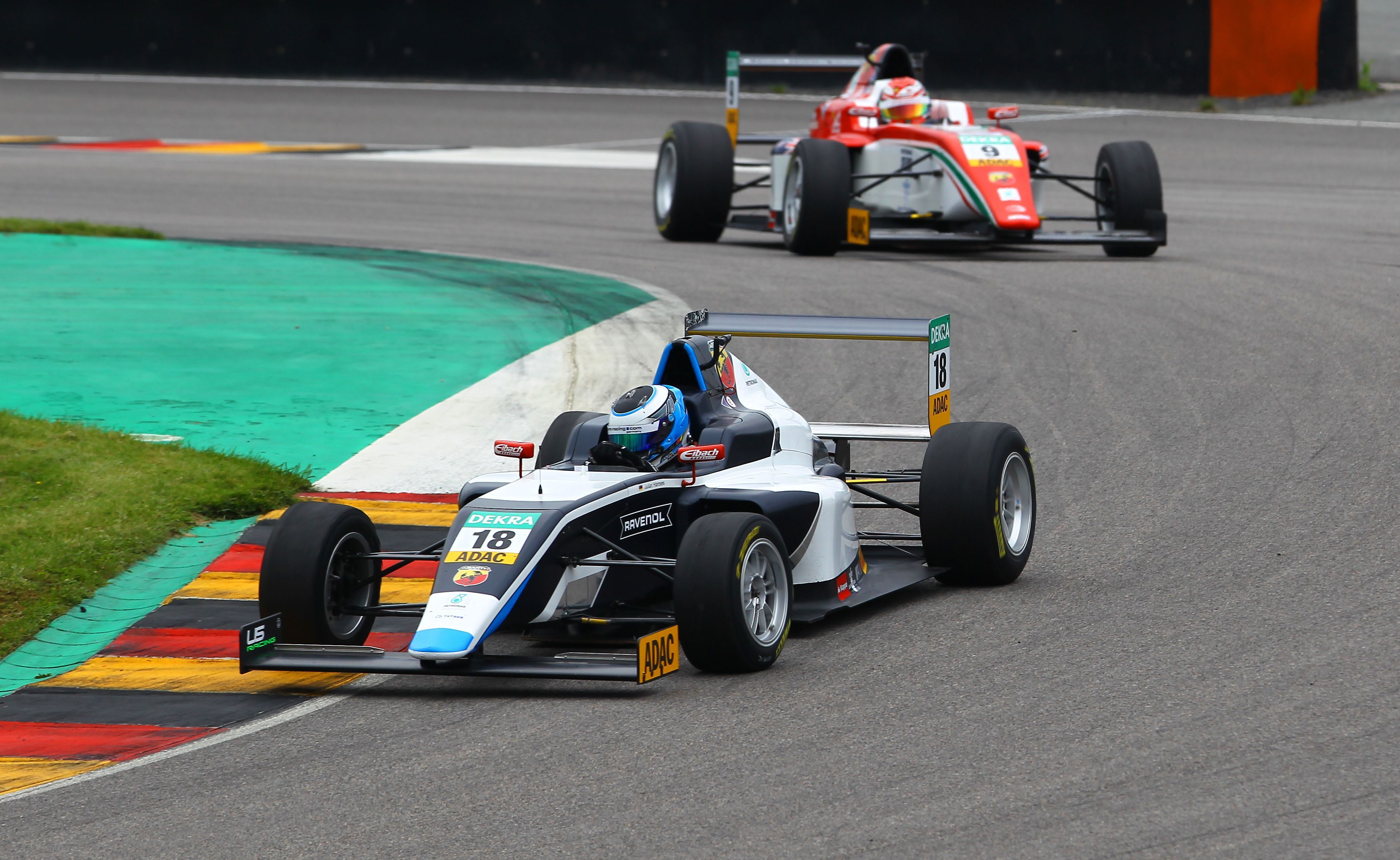 Julian Hanses wins the first race of the ADAC F4 week-end at the Sachsenring after an early red flag.

The race was red flagged straight at the start as Laurin Heinrich found himself upside down after a contact with Charles Weerts (Motopark). The restarts used the position of the first grid which did not allow Marcus Armstrong (Prema Powerteam) to start in the lead despite overtaking Julian Hanses (US Racing) at the first start.

Hanses kept the leadership at the restart and quickly built a gap to Armstrong. The battle for 6th place between Sophia Flörsch (Mücke Motorsport) and Felipe Drugovich (Van Amersfoort Racing) heated up and as both got into a small contact, Juri Vips (Prema Powerteam) could overtake both.

With only ten minutes of racing, the places did not evolve much until the last corner where Fabio Scherer (US Racing) pulled a kamikaze move on Armstrong, braking way later on the apex and overtaking him on the inside for P2.

Julian Hanses took his second win of the season ahead of his teammate Fabio Scherer and Marcus Armstrong. Nielsen, Vips, Flörsch, Drugovich, Vesti, Zendeli and Schramm completed the top 10. In the standings, the gap gets smaller between Vips and Armstrong (6.5 pts) but widens with Drugovich (25.5 pts).