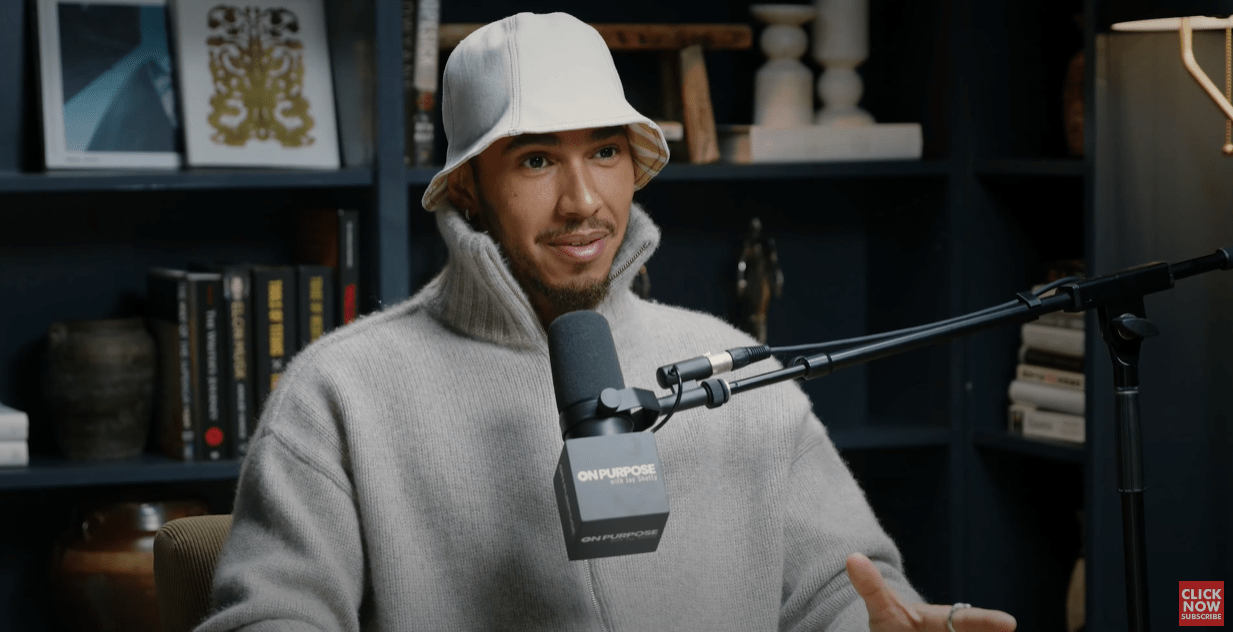 Lewis Hamilton opens on a podcast where not only he discussed about F1, but more about his childhood, diversity and the world in general.

Jay Shetty interviewed Hamilton on his podcast this week. The Brit began by talking about his school days, bullying, adversity and discrimination during same, continuing to live his dream and to never lose insight and not giving up. He says the hardest thing was to keep going but he did.

Recalling his school days, he said they were the most traumatic of his life, bullied from the age of six, always last to be picked for anything, constant jabs, altercations, name calling and overall not fitting in. In his school, only half a dozen pupils of 1200 were black. He then discovered at the age of 16 that he was dyslexic.

Hamilton then talked about his early days racing and nobody in school knew of his goals. He felt the school system was against him and he was able to channel his emotions when he began racing. Once more though he came up against adversity, advising it was inescapable. His father was his rock but he learnt a lot of empathy from his mother also.

Always advised by his father to do his talking on the track while adding that karting was a family business and they were always together at weekends. His father had a tremendous work ethic. Hamilton then talked about all non-driving activity like media and PR which he found tough to get accustomed to. He added about moving away from his father in terms of racing and making his own decisions.

He goes on to mention that it was important to be first, just to fit in and have success and balancing emotions when racing. In a more general term, he talks about his purpose in life from winning and what it does for other people. He says people are living in fear about how they are received and he has always been an outspoken person and never been a follower.

He feels passionate about education and mentions having seen the poorest places in the world and getting involved. He felt he has a purpose when seeing poverty. Moving back to the sporting side, he mentions about getting involved with the Denver Broncos AFL team and growing closer to Mercedes and Daimler where he added on the black livery change.

Hamilton reckons drivers have a lot more in common with each other than they think and he is excited to see the new young drivers coming through. He was grateful to drivers who took the knee with him in 2020. He expanded on how diverse Mercedes became after the pandemic break.

He says because of diversity, there is still so much healing to do. He talks about the background work done in F1 that the public don’t see. Going back in time, he talks about the struggles he had getting to the top and that personally, he is now a far more open person and feels happier in himself.

Talking about jumping from planes, he says he has had 80 of them. Also, he doesn’t know when he will stop racing or driving. Hamilton then opened on the Mission 44 project, meeting parents and kids and gets so much reward from same and that he was super inspired by Kobe Bryant. He says he has a lot of things in the pipeline and feels he will always have to go to the Go Kart track when retired.

Talking about himself, he says he has always been focused and able to control his emotions where yoga and meditation have really helped. For a long time he was not kind to himself where he says speaking to people about experiences is very important but notes it has been hard to build trust with people because of childhood experiences.

He says life is about learning to be selfless, where he notes 2022 being one of the hardest year as a team due to everything that went on. He says they are on the road to make the sport more inclusive and diverse. On the other projects, he talks about his production company, says his escape is watching a movie. He touched on the F1 movie he is doing with Brad Pitt and talks about taking inspiration from Nelson Mandela and Jesse Owens.

Hamilton concludes by saying never give up and you will always be learning and that success is short-lived and you learn more from not winning. He would love to create a law of more equality if he could change one thing in the world.

Here’s James Vowles and Toto Wolff on the move