Home F1 Hamilton has faith on Mercedes to bridge straightline gap to Ferrari in... 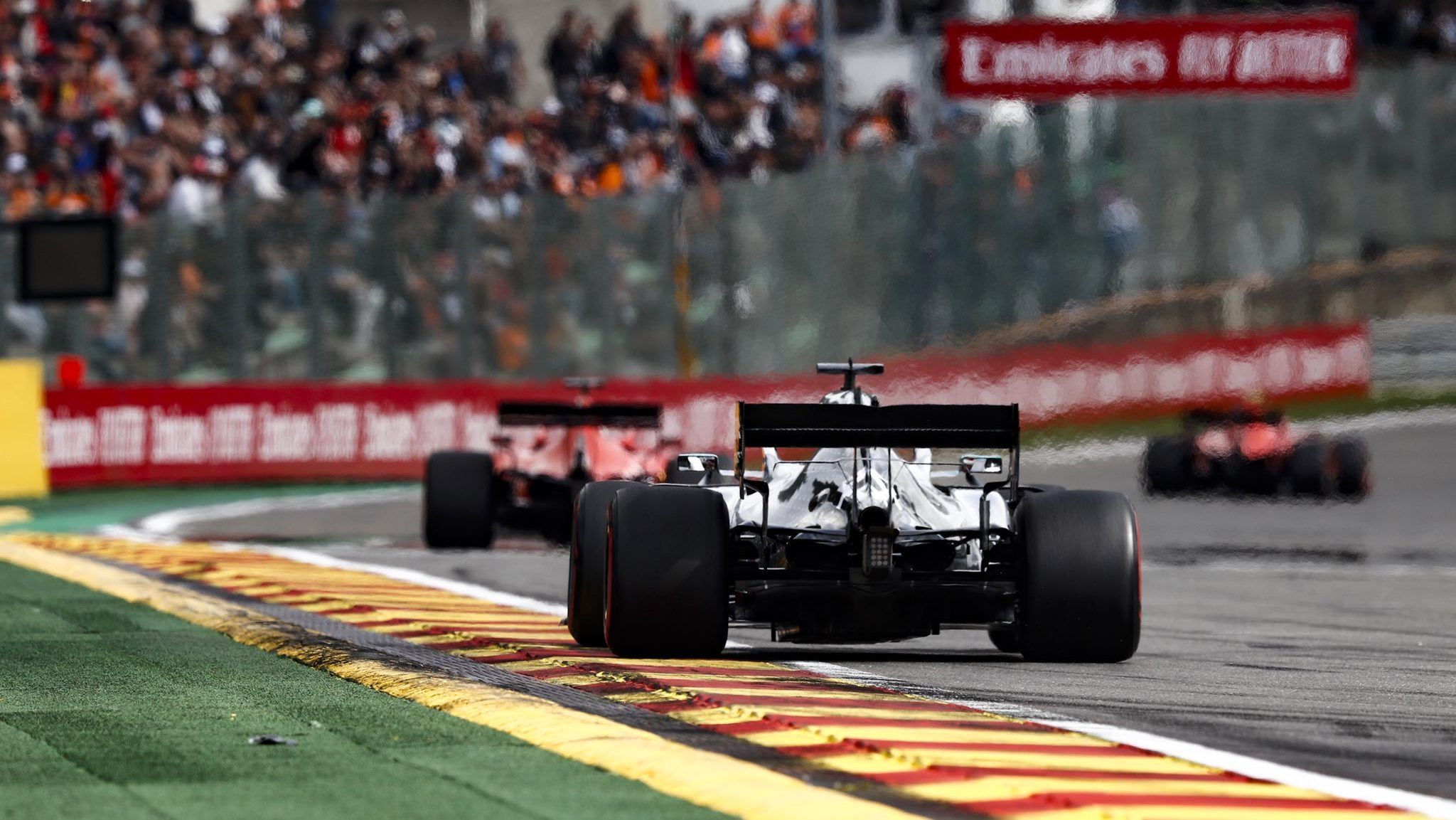 Lewis Hamilton has all his faith on Mercedes to bridge some gap to Ferrari in the straightline speed in this weekend’s F1 Italian GP.

Following the Belgian GP troubles, where Mercedes did fall short of Ferrari in terms of the straightline speed as they were able to pull through like for example at Kemmel Straight from the DRS grasp.

With Monza having similar characteristics, Hamilton believes that it could be another big weekend for Ferrari, owing to their straightline speed advantage, but also lays out a word of caution for his rivals.

The British driver has faith on Mercedes to bridge the gap at Monza. “It’s all straights, so Ferrari, it’s going to be a happy weekend for Ferrari, most likely in that respect,” said Hamilton to the media.

“I mean at Spa-Francorchamps, I think just in qualifying we’re losing over a second a lap. So, there’s not much me and Valtteri can do in that instance and there’s not a lot of corners there to catch that up. So, it’ll be interesting.

“In the next few days, we’ve got to make some drastic improvements to our straight speed, somehow. I don’t know if that’s possible – but if anyone can do it, it’s our team. So, we’ll do our best – but position is also everything.

“We’ve got slightly better degradation than them and it’s a longer race, isn’t it, so hopefully we can have another close race like we’ve had this weekend. When asked if they can take things from Spa to Monza, he added:

“There won’t be a huge amount of time for us to reflect as we’ve got to go straight into Monza. The tension builds up through the first half of the season, and everyone’s on point and then you notice when you come back it’s all a little bit more relaxed and things don’t always go perfectly to plan.

“I think from my side; obviously, last weekend’s Saturday was not helpful and so we’ll try to avoid that in the future. Otherwise, I think we’ve got some improvements to try to make to the car within four days so a lot of pressure.”

Mercedes teammate Valtteri Bottas concurred with Hamilton on Ferrari’s advantages at Monza but hopes that they can achieve what they did last year and make their lives more tougher.

“I think they’re going to be quick but last year they were quick as well, but we managed to make their life pretty difficult. I think that’s where we got booed on the podium and everything. We try to do the same again,” he said.