Home F1 Hamilton had to be careful while reversing; slow stops an issue –... 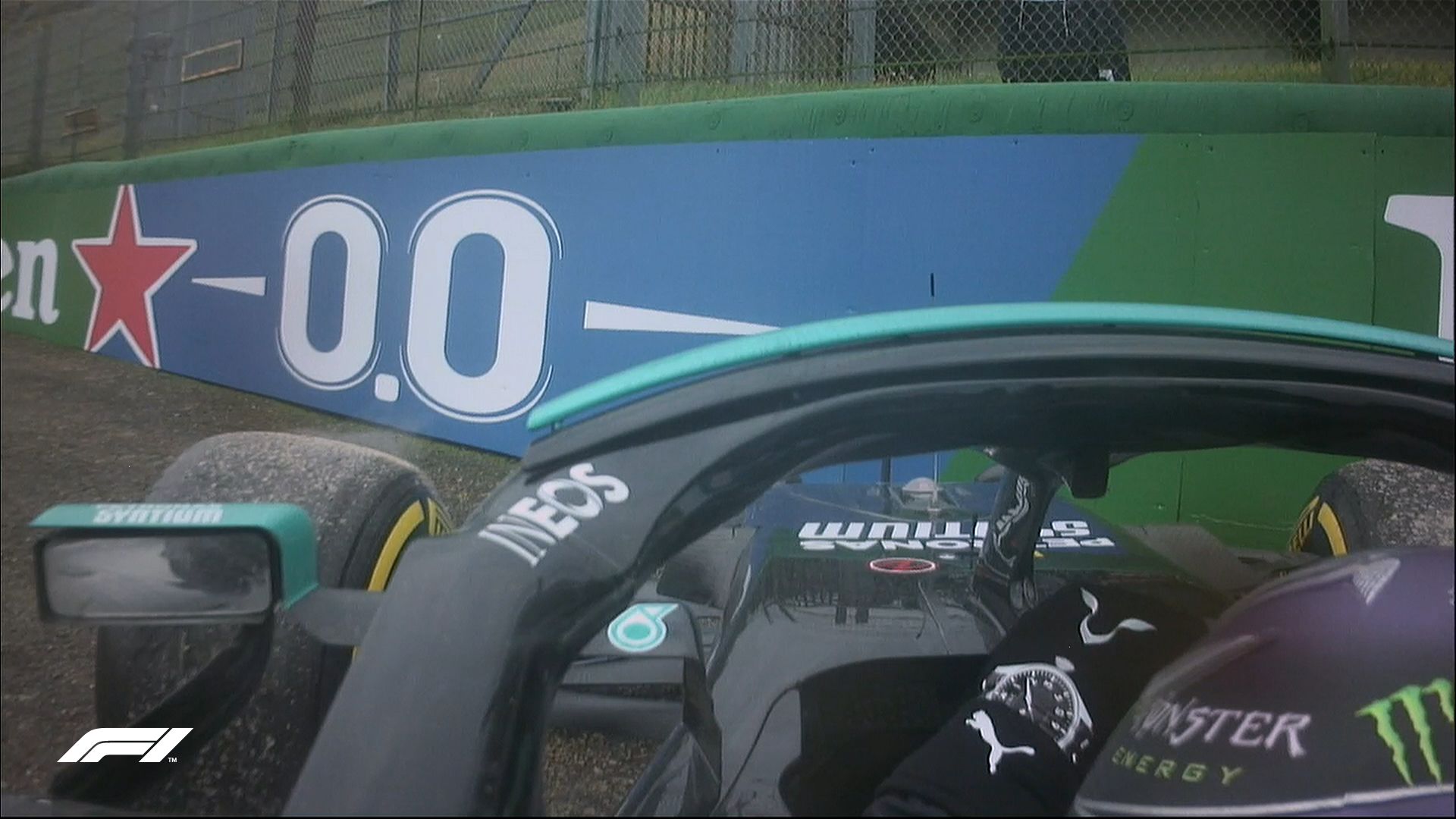 Lewis Hamilton noted that he couldn’t actually reverse initially in F1 Imola GP, as Andrew Shovlin adds on why he was delayed at that moment.

It all happened on Lap 32 for Mercedes in F1 Imola GP, where Hamilton went off onto the gravel and nearly crashed into the wall, but managed to slow it down. He had to reverse all-through the gravel trap and get going. It happened just before Valtteri Bottas and George Russell collided.

In fact, Hamilton went off while trying to overtake Russell in the right-hander. At first, the reverse option didn’t work as per Shovlin, but it eventually did and he then had to carefully get through without getting beached. It took a lot of time away but the red flag helped him eventually.

“It just wouldn’t go into reverse so I was holding the reverse button and it took forever to engage,” said Hamilton. “I didn’t think it was going to work. I tried reversing and then tried to kind of do a burn out spin to get going again and I was back in the barrier so then it took a long time again to get back in reverse.

“And when I was reversing, I was like I’ve just got to keep going backwards and work my way out in reverse and if I hadn’t done that I would probably still have been there now so I’m grateful for it,” summed up Hamilton, as some question were raised regarding his reversing. As per the Sporting Regulations, reversing in pitlane is not allowed on own power.

However, on track, the drivers can reverse but he had to do it safely, just like the normal rule of re-joining. FIA Race Director Michael Masi was monitoring his re-join and found it to be fine. “What it was, was reversing out of the gravel trap to the edge of the circuit,” he said to media including F1, Motorsport Network, Racefans and more.

“Listening to Lewis’s radio between him and his team, they were absolutely advising him all the way through where that was. So in that particular circumstance, I wouldn’t consider reporting that to the stewards.” For Mercedes, though, it was also a sigh of relief that he managed to claw back into the race, which eventually paved way for him to finish in second.

“As you saw it did take a bit of time for Lewis to get out of the gravel, back onto the track and there were a few reasons for that,” said Shovlin. “The first was, he was just working out whether he could get out of there going forwards which was difficult because he had the tyre barrier right in front of him and then his only option he had realised was to reverse. Now, that’s a lot easier said than done.

“Apart from the fact that you haven’t got good visibility, reversing over gravel is difficult and there is a very high chance that you are going to get stuck. It also took Lewis a little time just to get the car into reverse, it didn’t go in the first time he requested it, it eventually got in and happily when he started going backwards he managed to generate a bit of momentum, got through that gravel trap, which to be honest could have really finished his race there and then very easily, if he got the car beached, and then happily when he was back on the track, the suspended race meant that he was able to recover that lost time, recover that lap that he was down, even though he was in ninth place he was still fighting for good points as you saw at the end.”

That was not the only blip for Hamilton in the grand prix, as he had the front wing endplate taken away on Lap 1 as well, when he ran over the kerb. He lost about six tenths with the piece hanging, but once he shed away, it minimised to 2-3s tenths of time loss. Further, he also lost time in pit stop, due to another slow run from the team, while they also had to wait for Antonio Giovinazzi to pass.

“Initially, it was quite large and the reason for that was because the footplate of the front wing hadn’t come away completely, it was actually held on by the pressure tappings that we use to measure the aero performance of those parts,” said Shovlin. “And while this was flapping around it was causing a big loss, so around six tenths of a second, that was affecting him in the opening laps. Now, eventually that bit of the front wing fell off completely and that was actually quite good for Lewis, it halved the loss.

“So, what we were seeing later on was something like two to three tenths but that affected him through the whole of that Intermediate stint and in the early part of the stint on Medium tyres. Now, happily that was the only damage that he’d suffered and when we got the red flag we were allowed to fix damage on the car, so we could put on a new front wing and it was back to being normal.

“As for the stops, it is fair to say that we’re not the best. We are losing time in the pit stops and it is an area that we have been focussing on for a while now. In particular though, in Lewis’ stop we did have an issue with one of the pit stop guns, for the next stop we actually changed to a different gun and that seemed to resolve that issue and also there was a short hold.

“We had hold him for around four tenths of a second because Giovinazzi was coming down the pitlane just at the point that Hamilton was ready to go. As I said, there was some specific instances that affected us in the race in Imola and we will look to work on those but longer term we are still looking at what we can do with the crew, with the equipment trying to find a bit more time in the stops,” summed up Shovlin.