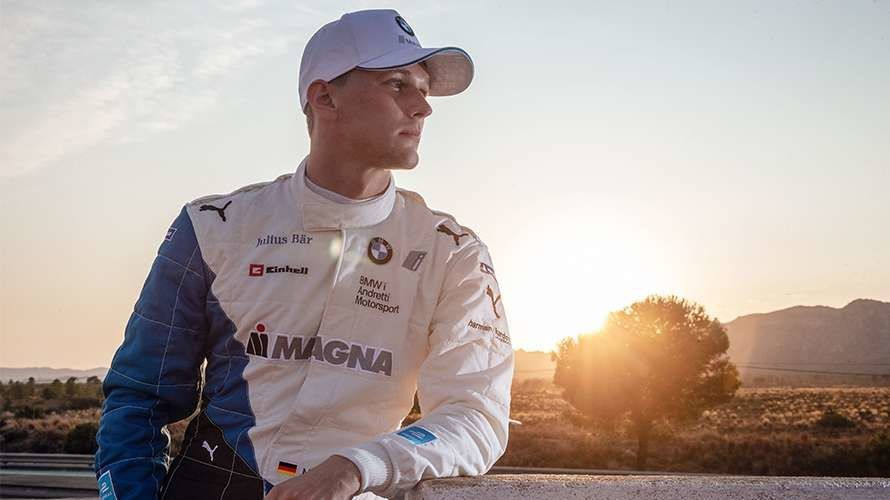 The news about da Costa leaving the BMW family has been around for some time but was only officially confirmed on Monday when the German manufacturer announced the signing of Gunther.

Having raced for GEOX Dragon in 2018/19, Gunther moves to a factory outfit with BMW Andretti as da Costa opts out – rumoured to join Jean-Eric Vergne at DS Techeetah as Andre Lotter’s replacement.

“It is fantastic to be part of BMW i Motorsport now,” said Gunther. BMW i Andretti Motorsport had a strong maiden season in Formula E, won the very first race and was involved in the fight for the title down to the wire.

“That is why this switch is definitely a fantastic step for me. It is great to compete for BMW again. That’s where everything started for me in single-seater racing in 2011.” Outgoing, da Costa added:

“I have always been happy and proud to be part of the BMW family. BMW Motorsport gave me the opportunity to drive many different race cars, and to learn an incredible amount.

“I would also like to thank BMW i Andretti Motorsport for a great and intense time together in Formula E. Although I am now moving on to face new challenges, I will always look back fondly on my time at BMW.”

Gunther’s teammate will be announced in the coming weeks with the decision on Alexander Sims yet to be done. “I am looking forward to Maximilian Gunther returning to the BMW family,” said Jens Marquardt.

“We followed his performance last season very closely. Maximilian regularly managed to get the maximum out of his car package. That saw him achieve some impressive results. Having a driver with a history of BMW single-seater racing is a great fit.

“I would like to take this opportunity to thank Antonio very much for the good collaboration this past Formula E season and in the six years overall as a BMW works driver in the DTM, the WEC, in GT racing and in Formula E.

“We had a great time together but agreed that a change would be good for both parties. Now we wish him all the best on his new journey.” Gunther is the ninth driver to be confirmed for the new season.