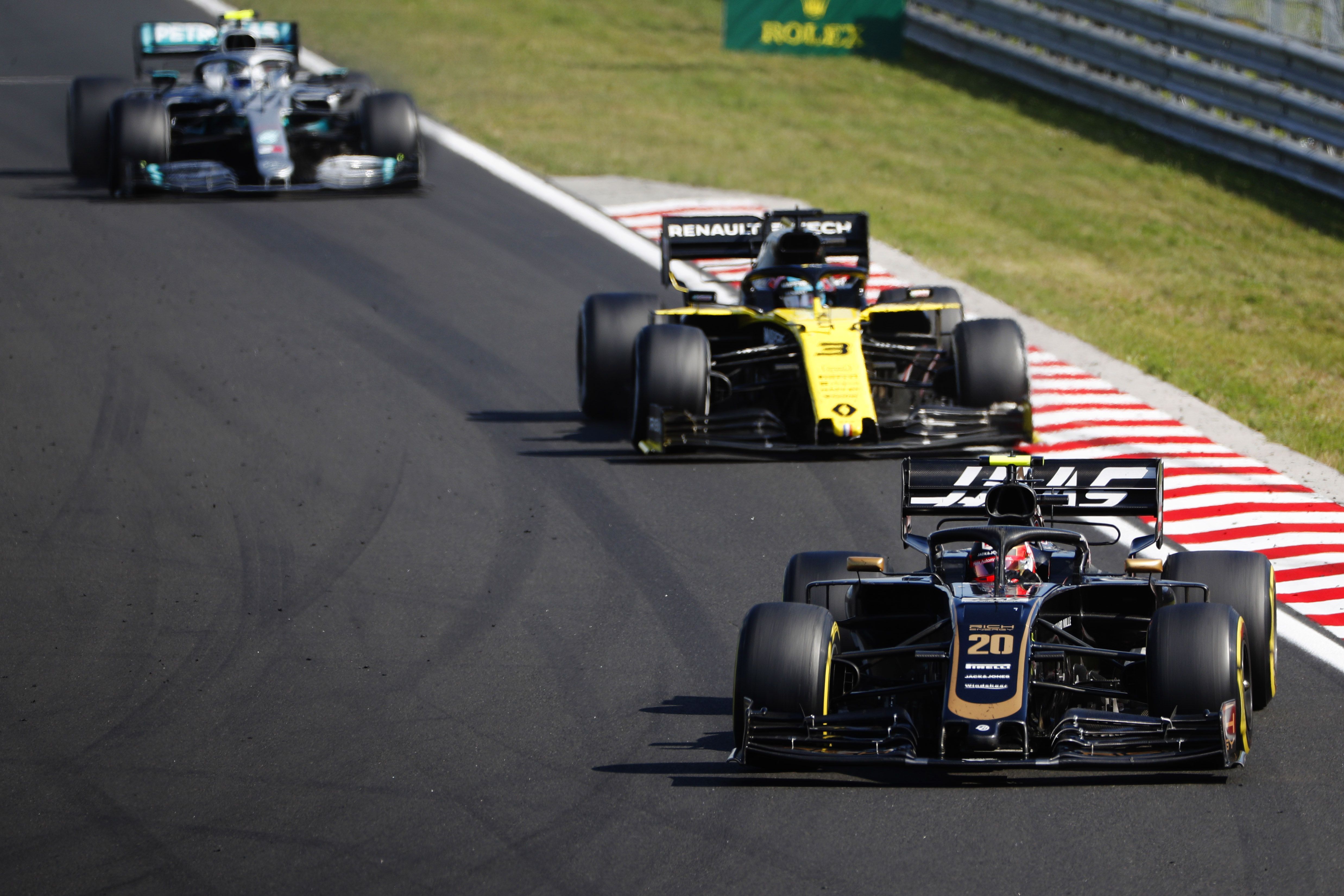 Even though Grosjean qualified inside the Top 10 for F1 Hungarian GP at Hungaroring, the Frenchman already dropped out of the points position as the strategy difference meant, he was also asked to set aside for Magnussen to go by at one stage.

The Dane gained track position over Ricciardo, with the Australian stuck behind Magnussen for most of the grand prix – when on different strategy having started from behind. It looked like Ricciardo had slightly better pace than Magnussen but it was not enough.

In addition, the tight Hungaroring circuit also made it difficult for Ricciardo to pass through. The Australian though wasn’t hugely happy with Magnussen’s defence, which the FIA intervened as well during the race to warn the Dane over repeated movement.

In the end, Magnussen kept Ricciardo at bay, while teammate Grosjean was forced to retire with a water pressure issue – the Frenchman’s sixth retirement of the 2019 F1 season. “I was happy with the beginning of the race,” said Grosjean.

“The car felt okay on softs, I was holding everyone behind. That’s something we knew from the race pace and I was happy with that. Then we fitted the hard tyre, which we hadn’t really run over the weekend, and I think you didn’t want to be on the hard tyre.

“There was no grip and it was impossible to warm them up. Ultimately we had a water pressure issue and had to retire the car anyway.” Meanwhile, teammate Magnussen added: “The hard defence was for some opportunities at the end.

“You just got to do everything to stay in the position and take any opportunity if you get, even though you are out of points. You can have people run of fuel or punctures, crashes or anything like that, we we have got to stay at it.

“The car was okay in the race, not too bad at least, for our level. Considering the problems we’ve had this year, it was pretty quick race pace – not good race pace, but compared to ourselves in the past.”

Ricciardo, though, wasn’t too pleased with the Dane’s tactics, which is also complained on the radio with a swearing message, “this cunt’s taking the piss, moving under braking’, while he added on about it after the race too.

“It was always going to be tough starting at the back of the grid, but there were some positive moments,” said Ricciardo. “We made the hard tyres last well and then had good pace on the soft tyre towards the end. It was frustrating not to get past Magnussen.

“I felt he was moving under braking, and I couldn’t do anything. I wasn’t happy about that as we could have progressed even further at the end. There are some positives and the summer break will be good for us.”