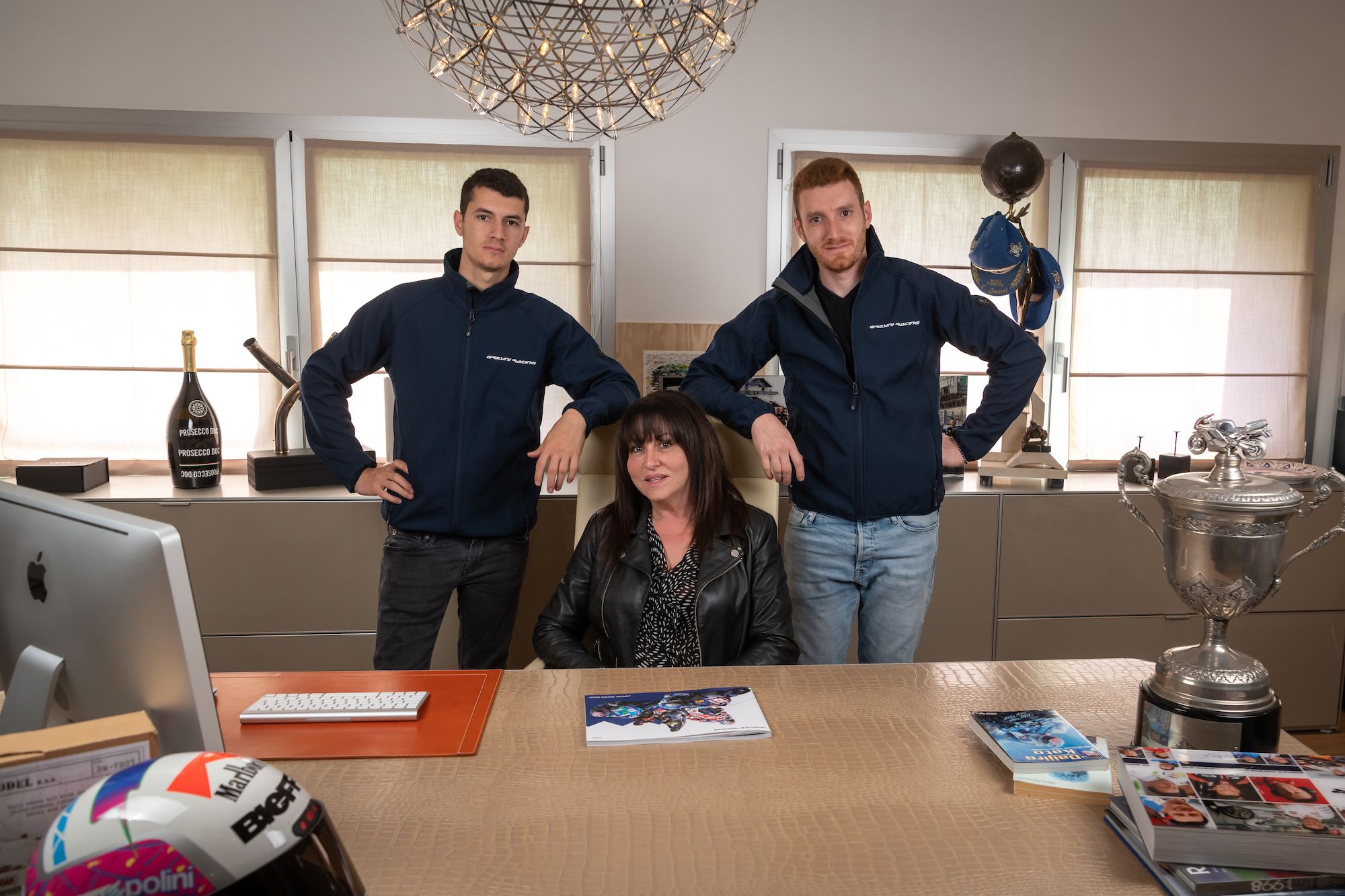 Fausto’s wife Nadia Padovani and their two sons have taken over the running of the Gresini racing outfit with immediate effect.

After the untimely death of Fausto, due to COVID-19, his wife Nadia and sons Lorenzo & Luca, have taken over the day-to-day working of Gresini racing team. The former is the new CEO of the Faenza-based company, becoming the Team Owner and Team Principal.

Lorenzo will be involved in the administrative part of Gresini, while Luca will have a sporting role, where he will be with the team on ground mostly – the latter is already at Jerez, getting ready for the MotoGP event alongside Moto2 and Moto3.

The big step, however, comes in 2022 as they prepare to run as an independent MotoGP outfit after ending ties with Aprilia in 2021. The details of the same will be revealed in due course along with the manufacturer they have tied-up with.

“I would like to think that Fausto’s two families – ours and the racing one – have joined their efforts to bring forward everything he was planning, and especially the MotoGP,” said Padovani. “To have an independent team in the premier class is surely something very demanding, with a team to be built from scratch, but I know everyone in the company is giving their 110% to make his dream come true.

“Personally, I see it as a real mission, a challenge we will face – also and above all – thanks to the strength of Fausto, who is following us from above. We’re currently speaking with several manufacturers and in a matter of few weeks we will reveal the details of our MotoGP project.”