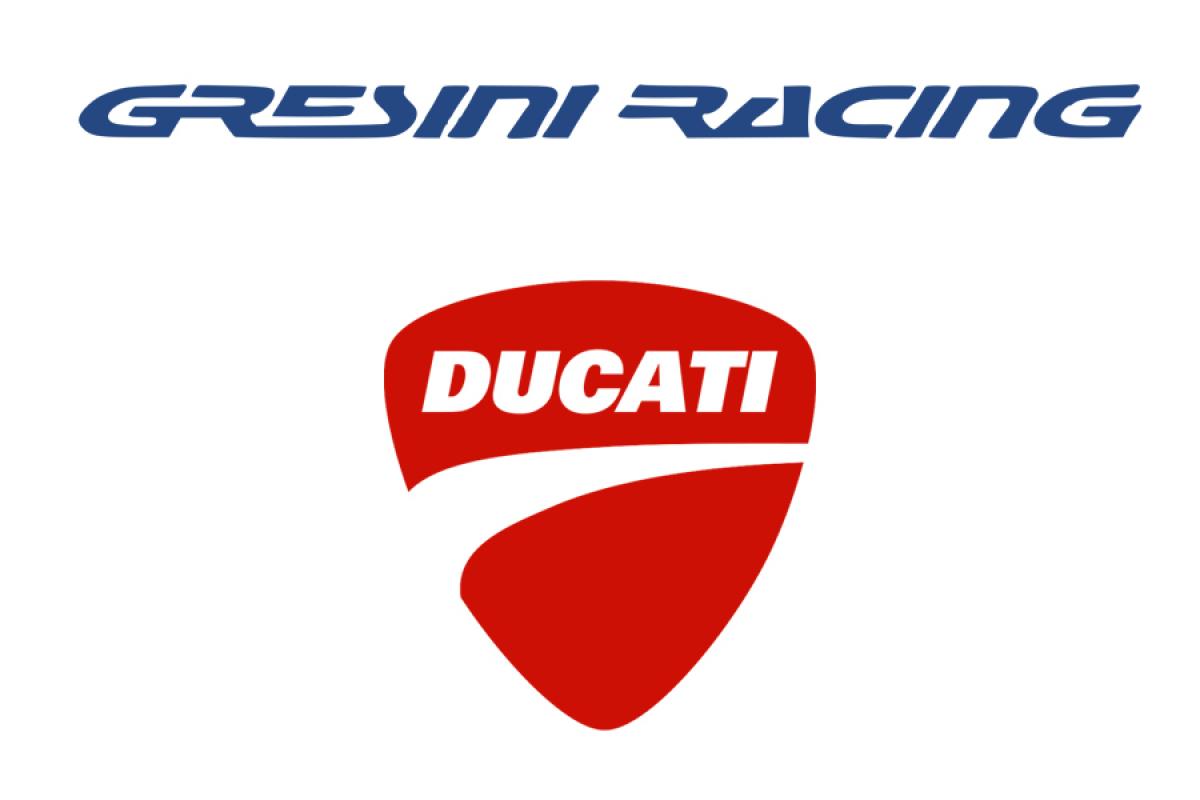 Gresini Racing has partnered with Ducati for 2022 MotoGP season and further as Enea Bastianini and Fabio di Giannantonio named riders.

Having announced its end of the partnership with Aprilia after the 2021 MotoGP season to start its own independent outfit, Gresini has now entered into a partnership with Ducati for 2022 and 2023, to use a pair of Desmosedici GP.

It is not clear if Gresini will use the latest Ducati machinery, as it wishes to run the team with full control, unlike the partnership with Aprilia. They have named an all-Italian line-up, with Bastianini moving on from Avintia Ducati for his second MotoGP season.

He will be the senior pro in the team, with Gresini signing Moto2 rider di Giannantonio., who is currently fifth in the riders’ standings. His signing comes as a surprise but considering he riders for the Italian outfit in the intermediate class, it makes it easier.

“It’s a very emotional moment for each of us,” said Gresini team boss Nadio Padovani. “In previous months, our efforts merged with a strong emotional push to shape the future of Gresini Racing, and now are immensely proud and happy to make the official announcement. It is a project born out of continuity and based on values upon which Fausto built this amazing institution.

“My thank you goes first and foremost to Carmelo Ezpeleta for making sure we never felt alone during these months, to Ducati for trusting our projects, to Flex-Box who joined us in this new challenge as title sponsor and obviously to Fabio and Enea: I’m sure they will give their best to wave the Gresini Racing banner high.”

At the same time, Ducati chief Gigi Dall’igna, stated: “We’re incredibly happy to have reached this agreement with Gresini Racing for the next two MotoGP seasons. We had laid down the foundations of a possible agreement with Fausto already at the end of last year and we would like to thank – from the bottom of our hearts – his family for carrying this project forward with us.

“Gresini Racing has been an especially important institution in MotoGP for many years and we are confident this partnership, which can count on two very talented riders such as Enea and Fabio, will be of great satisfaction for all parties involved.

And finally, Dorna Sports boss Carmelo Ezpeleta, added: “First of all, it is a pleasure to continue working with Gresini Racing as an Independent Team. I know how much Fausto cared about this project and I’m sure he would be very proud of it now.

“I had the opportunity to speak with Nadia in recent weeks and I see in her, in her sons and the whole team the determination and the great passion for this sport that characterized him so much. We’re thrilled that Gresini Racing will continue, at least, 5 more years in the Premier Class.”