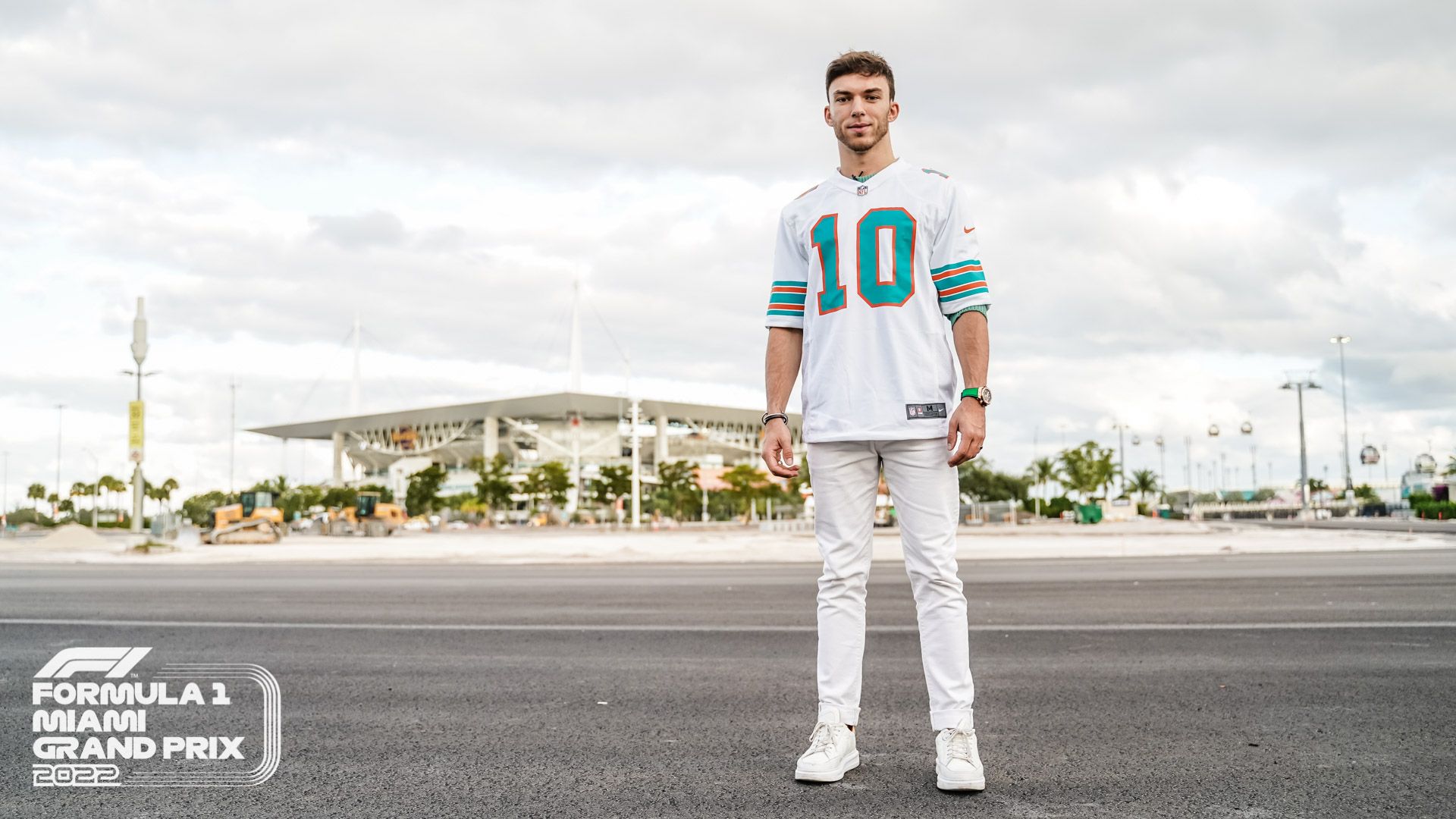 Pierre Gasly is latest to visit the Miami GP venue which is preparing itself for the 2022 F1 season as Red Bull has signed PokerStars as their new sponsor.

After George Russell paid a visit to the Hard Rock Stadium – the home of F1 Miami GP – last year, AlphaTauri’s Gasly is the latest to do this week. The Frenchman is in the United States of America to prepare for the 2022 season and visited the upcoming grand prix venue.

The race is due to take place in May of 2022 and they are in the process of laying the tarmac and building the grand stands along with the paddock. Gasly had his first glimpse of the new F1 circuit as he noted that ‘Miami GP is going to be awesome’.

Adding more on the topic, Gasly stated: “Quick stop in Miami. Went to have a look at the new track, and it looks really awesome!! Racing is going to be amazing there, no doubt about it. Can’t wait for May.” 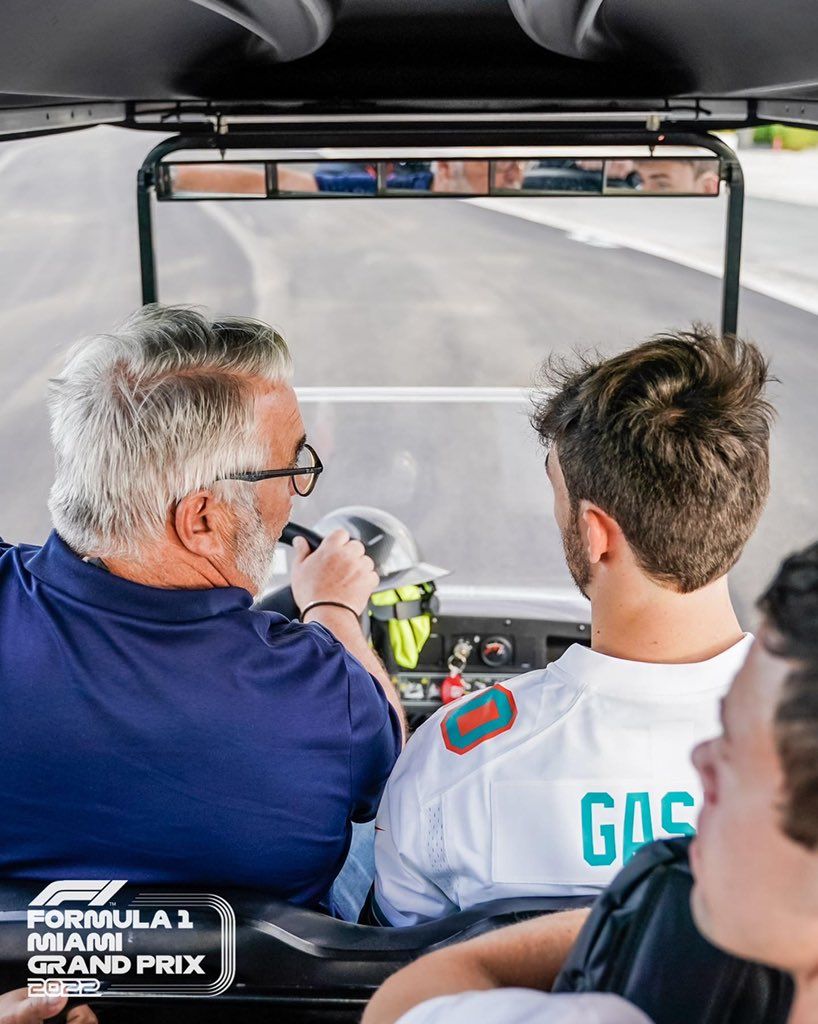 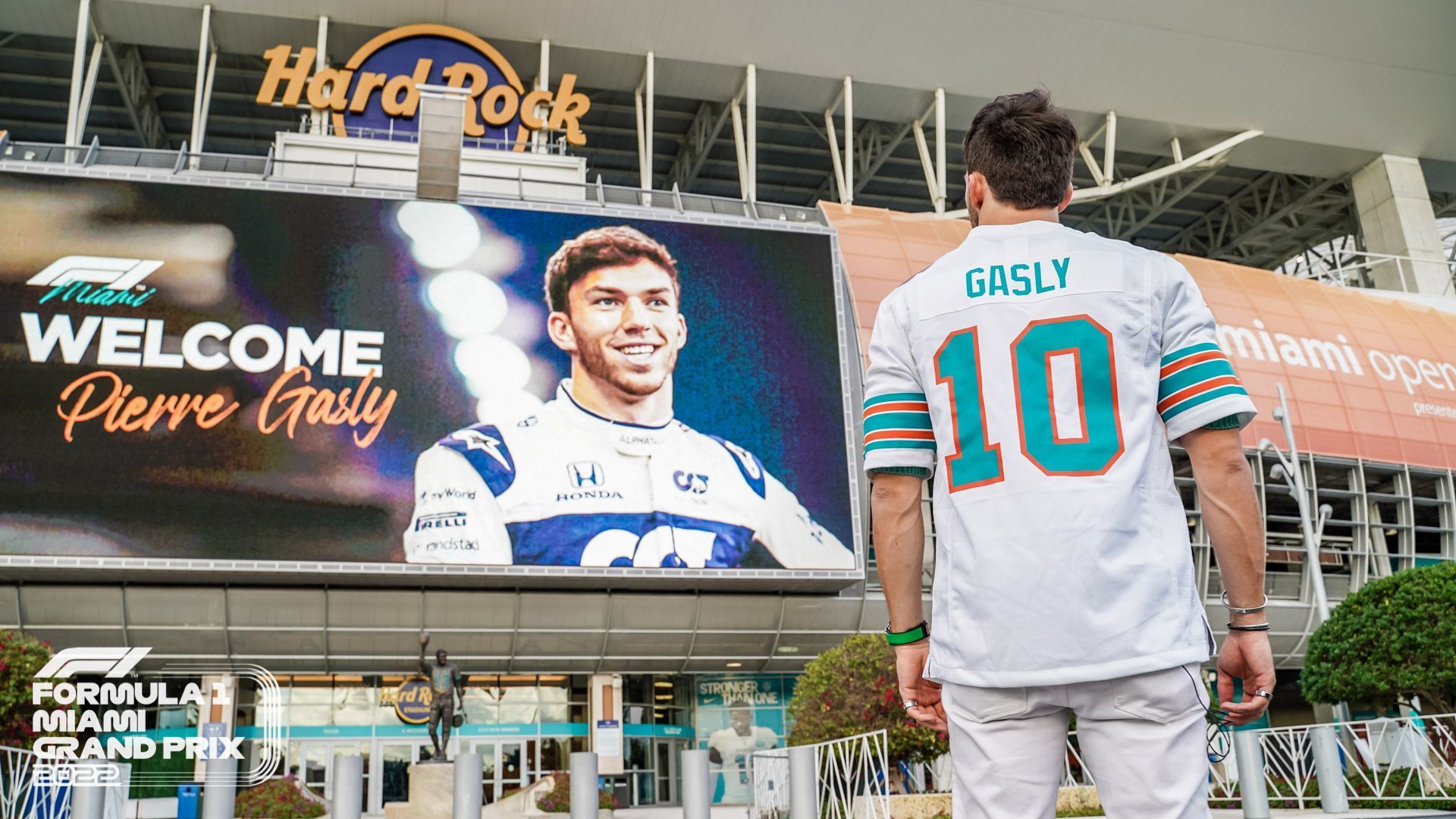 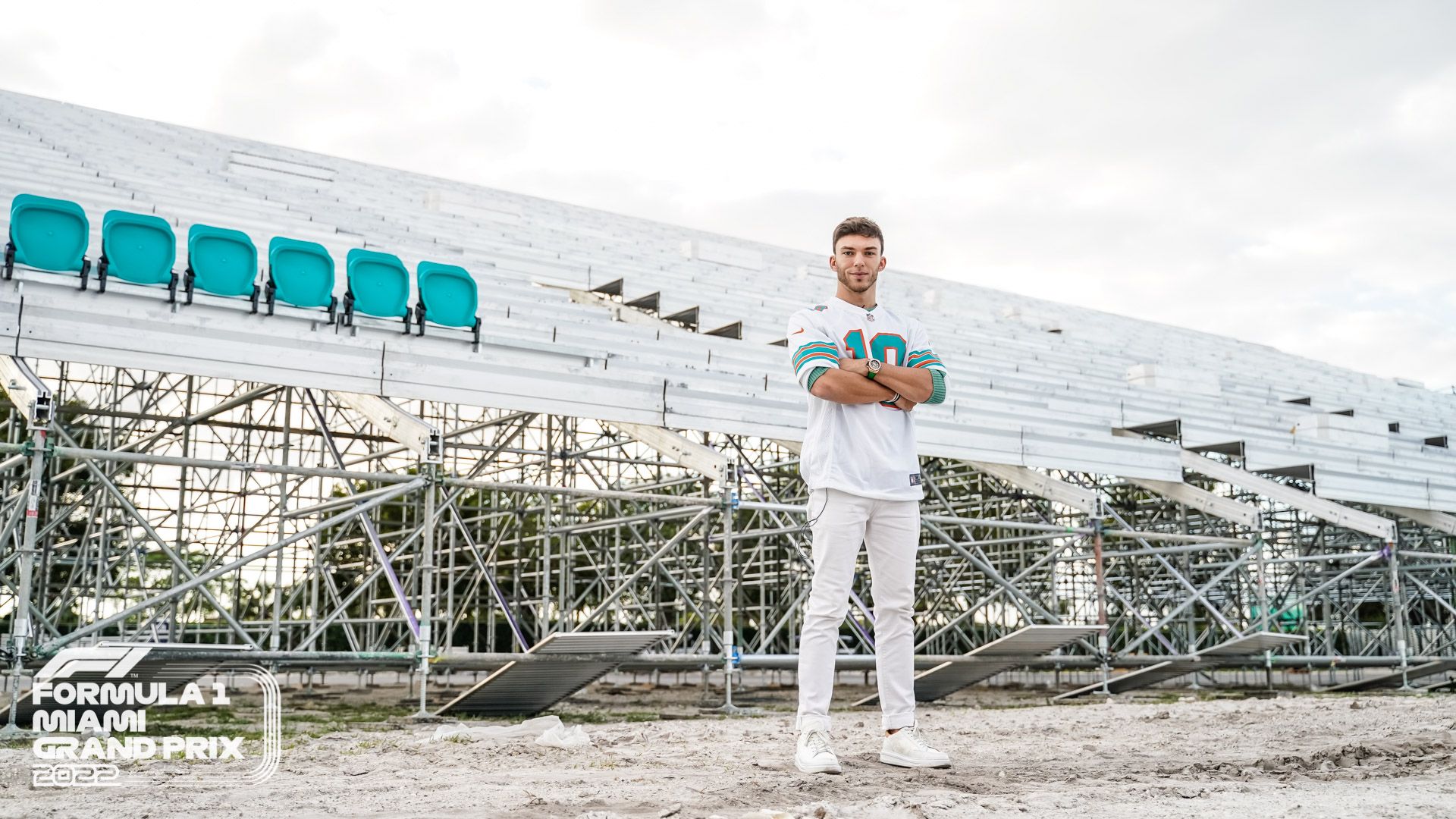 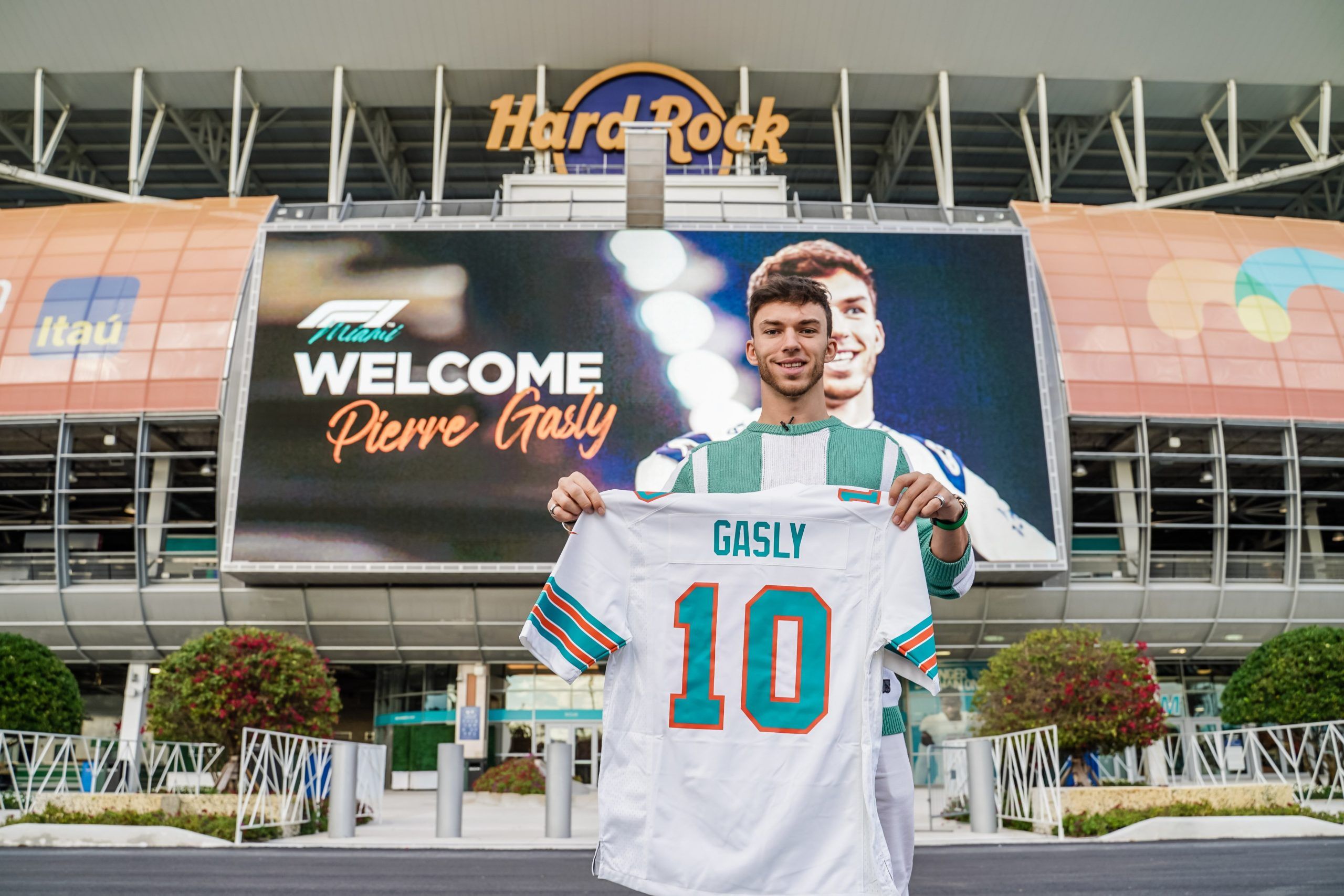 In other news, Red Bull has signed PokerStars as its new sponsor starting from 2022 F1 season with a multi-year deal. The branding will feature on RB18 and the race suits too, with the idea of ‘increasing technological advancements help to service and provide fans with new and unique ways to enjoy the sport’.

The partnership will see PokerStars offering its products like PokerStars Casino, PokerStars  and PokerStars Sports, to fans joining in. “Following last year’s blockbuster Formula One season, I am delighted to kick off 2022 by announcing PokerStars as a new partner,” said Christian Horner.

“In our sport we see constant evolution, not only applied to the cars but also to new technologies that are focused on reaching the sport’s global fanbase to provide new and interactive experiences for them to enjoy. We are pleased to welcome PokerStars to the Team as F1 enjoys a period of growth in new and existing territories and look forward to getting the 2022 season underway together.”

At the same time, Flutter International’s Chief Executive Officer, Dan Taylor, added: “Red Bull Racing is an ideal fit for PokerStars because it’s not just about what you offer fans and players but the ethos and vision behind how you offer it. Part of our vision for PokerStars is to create the world’s most epic casino, built on player experiences, giving our community moments they’ll never forget.

“Red Bull Racing’s phenomenal success is built on their bold, innovative, and passionate ethos, which has led to incredible success both on the track and in becoming one of the world’s most popular sports brands. We’re looking forward to working with the Team and sharing further developments as the 2022 season approaches. We wish the Red Bull Racing team all the best for their new campaign.”

“Red Bull and Mercedes also confirmed an agreement to allow Ben Hodgkinson to join the former Powertrains division from May 24 of this year. He was announced by the former to join the new division in 2022 but his date of joining was not specified. Mercedes F1 and Red Bull F1 today reached an agreement regarding the appointment of Ben Hodgkinson. Under the terms of that agreement, Ben, who joined Mercedes in August 2001, will be free to join Red Bull Powertrains from 24 May 2022,” said the statement.