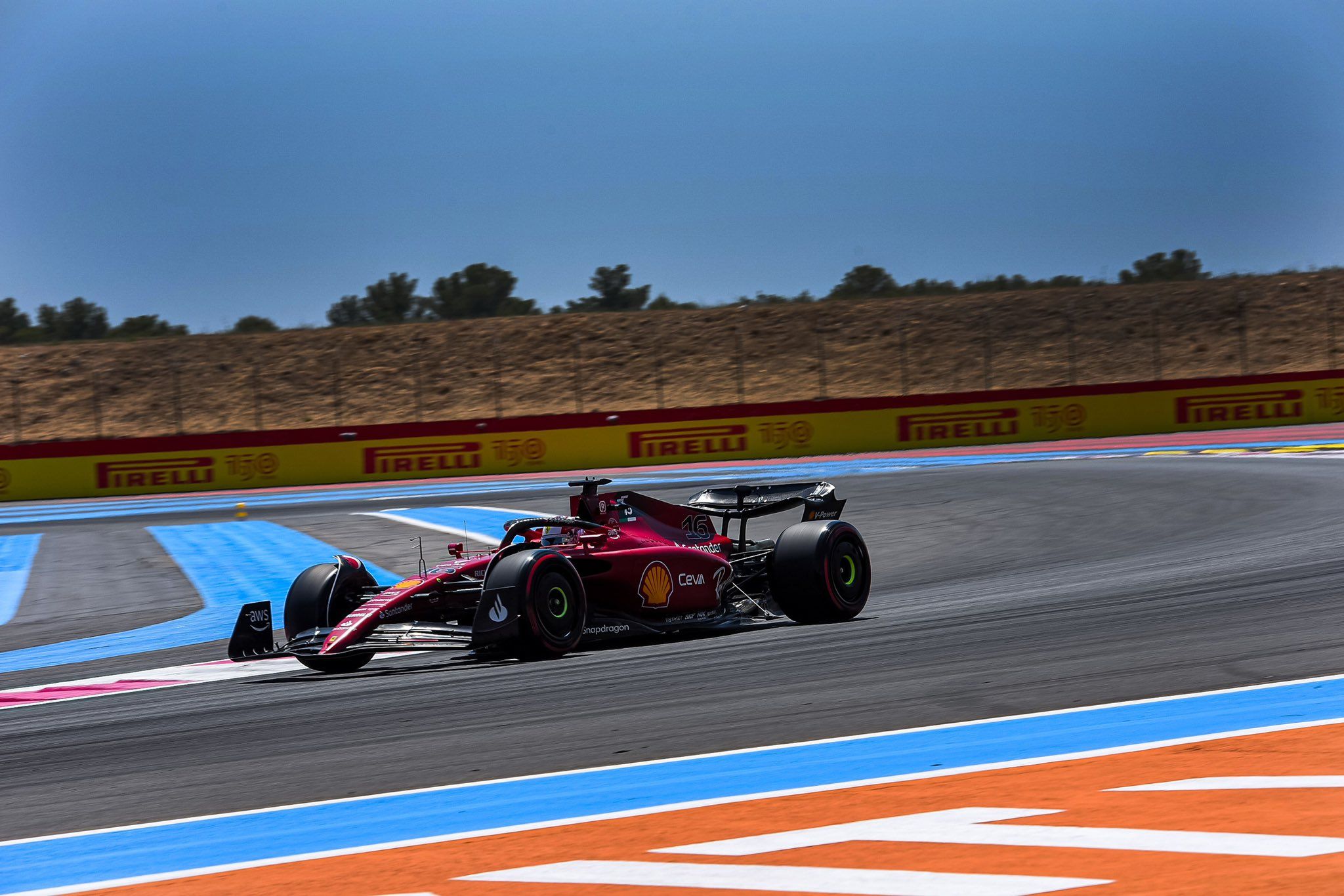 The FP1 in F1 French GP at Paul Ricard was not the smoothest one as several drivers had some moments especially with the car bottoming out. There was no major incident though apart from a spin for Red Bull’s Sergio Perez at Turn 4.

Ferrari’s Charles Leclerc led the way eventually with a 1m33.930s lap despite not feeling the best, with Red Bull’s Max Verstappen (1m34.021s) not far off in second – the duo separated by just the 0.091s difference.

Ferrari’s Carlos Sainz (1m34.268s) – who is set for engine penalty this weekend – slotted in third from Mercedes’ George Russell (1m34.881s). AlphaTauri’s Pierre Gasly (1m34.979s) was fifth despite having an up and down FP1 session, where he also complained of an engine trouble.

The team has brought some updates this weekend to bring themselves back in the midfield along with McLaren. Lando Norris (1m35.232s) was seventh behind Red Bull’s Perez (1m35.174s) in the order, with Williams’ Alexander Albon (1m35.414s) in a good eighth.

With Lewis Hamilton sitting out for FP1, Nyck de Vries (1m35.426s) had his first Mercedes go this season in a proper weekend to be ninth as McLaren’s Daniel Ricciardo (1m35.660s) rounded out the Top 10, with Alfa Romeo’s Zhou Guanyu just missing out.

Aston Martin’s Lance Stroll was 12th with teammate Sebastian Vettel in 14th behind Alpine’s Esteban Ocon. His teammate Fernando Alonso was only 15th from the Haas pair of Mick Schumacher and Kevin Magnussen in the Top 17.

AlphaTauri’s Yuki Tsunoda was 18th from Alfa Romeo’s Robert Kubica, who got another FP1 chance in place of Valtteri Bottas – but this this different from the young drivers’ running. Williams’ Nicholas Latifi was 20th on the medium tyres, with the team bringing in updates on his side too.

On the power unit elements front, Sainz is set for a larger penalty with him taking his third Control Electronics of the season. The Mercedes pair took their second, same for Energy Store. Hamilton additionally took his second MGU-H along with second Turbo Charger. On the ES side, Guanyu and Sainz both took their second of the year too.