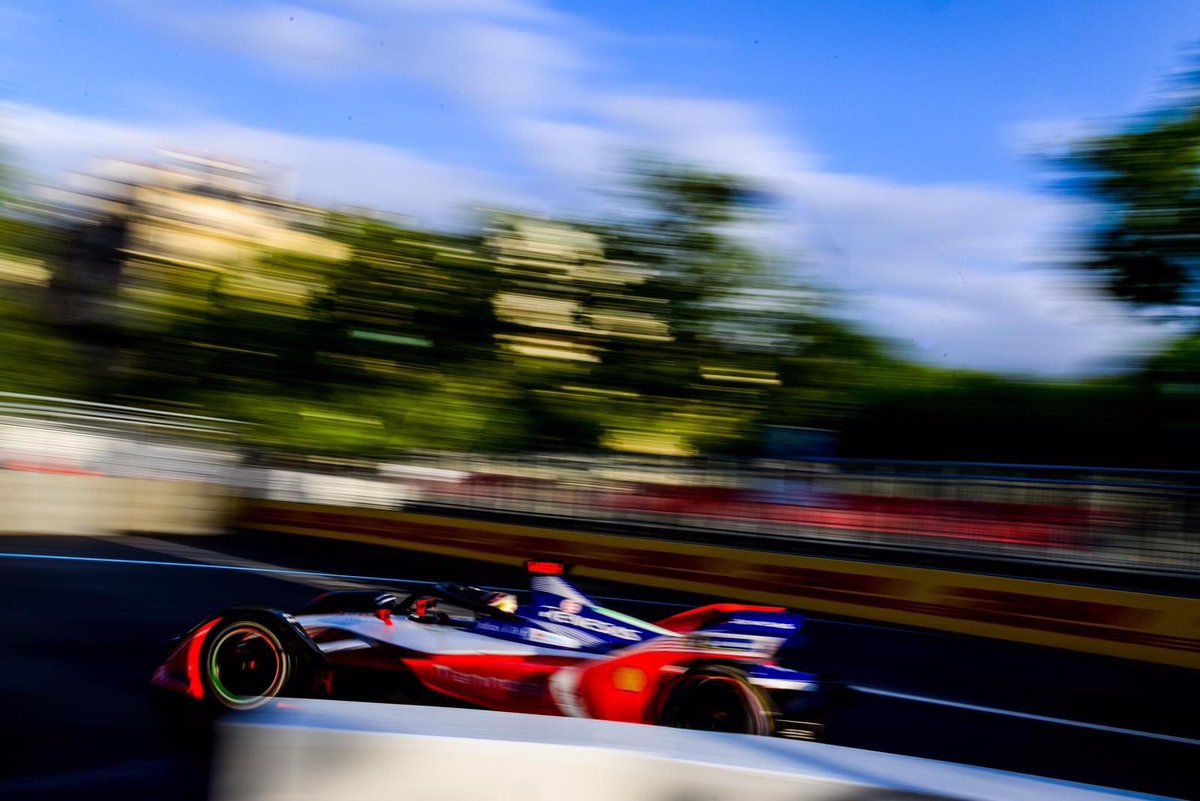 It was first pole repeat in the 2018/19 FIA Formula E Championship season in Paris EPrix as Mahindra Racing’s Pascal Wehrlein scored his second.

After a wet start to Formula E Paris EPrix earlier in the day, it was sunny for qualifying as Mahindra Racing’s Jerome D’Ambrosio kicked-off the session with a best of 1m00.699s to marginally lead from DS Tecteetah’s Andrea Lotterer (1m00.738s).

The second group changed the leader with Envision Virgin’s Robin Frijns going quickest with a 1m00.583s as Audi’s Daniel Abt (1m00.739s) also made it in the Top 6 for Super Pole – for now – with the German finishing fourth.

Meanwhile, Venturi’s Edoardo Mortara (1m00.801s) just made it in sixth with DS Techeetah’s Jean-Eric Vergne (1m00.886s) missing out in seventh but he finished ahead of title contender, Envision Virgin’s Sam Bird (1m00928s).

There was another lead change after third group, with Nissan e.Dams’ Oliver Rowland going quickest with a 1m00.450s as Mahindra Racing’s Pascal Wehrlein (1m00.549s) slotted in second in a Nissan sandwich with Sebastien Buemi (1m00.574s) third.

Venturi’s Felipe Massa (1m00.709s) also just made it through in sixth as the four drivers then pushed out Lotterer, Abt, di Grassi and Mortara. BMW Andretti’s Alexander Sims (1m01.037s) was only 14th with HWA Racelab’s Stoffel Vandoorne (1m01.471s) in 16th.

The results stayed the same after fourth group with GEOX Dragon’s Maximilian Gunther (1m00.719s) missing out in seventh. Teammate Jose Maria Lopez (1m07.494s) looked likely to get into Super Pole but he lost the rear at Turn 3 which meant he ended up last.

The final session had Venturi’s Massa set the pace with a 1m01.217s lap with Mahindra’s D’Ambrosio (1m00.307s) falling short by just 0.090s to be second as he lost some time to the Brazilian in the first sector after going purple in the remaining two.

The two were though blown apart by Envision Virgin’s Frijns, who went quickest with a 1m00.793s to take provisional pole but Buemi (1m00.768s) just managed to beat the Dutchman by 0.025s to take the top spot.

A mega effort from Mahindra’s Wehrlein saw him take his second Formula E pole in Paris EPrix with the German setting a stunning 1m00.383s lap which even Nissan’s Rowland (1m00.535s) couldn’t beat as the British racer ended up second.

The front-row was set by the rookies with Formula E veterans in row two with Buemi in third alongside Frijns, while the row three in the Top 6 was completed by Massa and D’Ambrosio in a good show by Mahindra.

UPDATE: Post-qualifying checks resulted in time cancellation of both the Mahindra cars with Wehrlein stripped off pole. Both Wehrlein and D’Ambrosio is to start from the last row, with Nissan duo of Rowland and Buemi starting from the front-row.