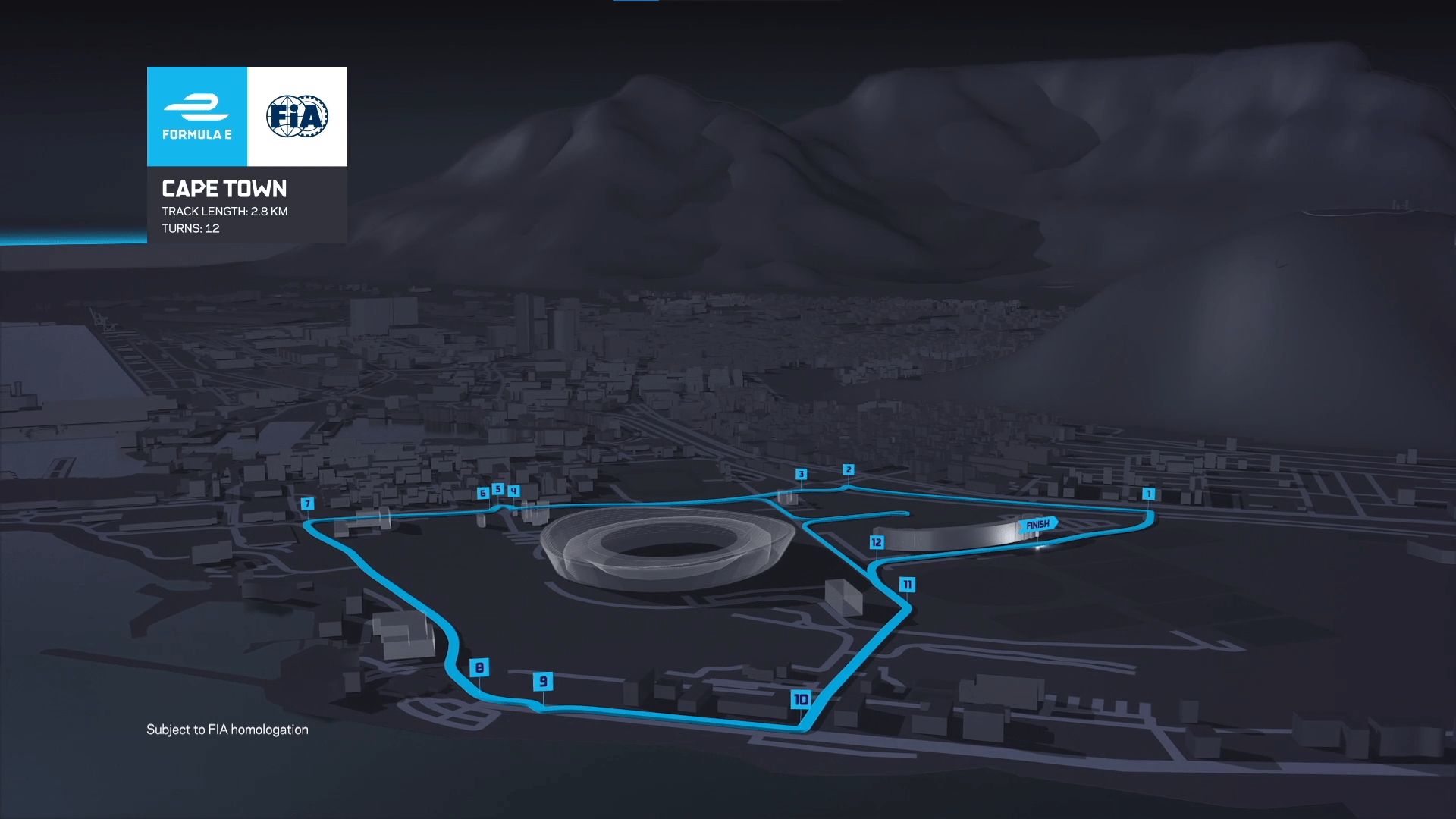 In a special launch event, FIA Formula E Championship revealed the track layout which will be used for the first-ever Cape Town EPrix.

While the EPrix is subjected to the World Motor Sport Council approval, Formula E revealed the track layout for the first-ever Cape Town EPrix which is slated to join the calendar in Season 9 (that is next year). It will be the first in the African continent.

The Formula E race in Cape Town will be managed by e-Movement Ltd. The EPrix is due to start at the Green Point precinct’s Vlei Road with Signal Hill as backdrop. They will turn left into Helen Suzman Boulevard and take another left into Granger Bay Boulevard.

It will open up the racers for two sharp chicanes as they will then head along the ocean front on Mouille Point’s Beach Road, before taking a sharp left-hander into Fritz Sonnenberg Road and a final right to reach the finish line.

“We’ve had a very positive response within our ecosystem of teams, drivers and sponsors about coming to Cape Town, so we are delighted that the City is joining our Season 9 calendar,” said Alberto Longo. “When I first met Iain Banner [Chairman of race promoter e-Movement (Pty) Ltd] in 2019, he said that he was confident that Cape Town had the potential to be one of the top cities on our global calendar. This is my first visit to South Africa and having now seen the beauty of the Mother City, I feel confident that he is right.”

At the same time, Iain Banner, Chairman, race promoter e-Movement (Pty) Ltd, stated: “The public has been crying out for an open-wheel, street-circuit race and we are now answering those cries. With Table Mountain as the backdrop and Robben Island in the foreground, I have no doubt the ABB FIA Formula E World Championship will garner substantial support in Cape Town and throughout South Africa.”

And finally Premier of the Western Cape Alan Winde added: “I am so pleased that the Western Cape will be hosting the Formula E and E-Fest, showcasing our province as the Green Economy Hub of Africa. This event will also be a perfect opportunity to showcase our destination as an attractive place for tourism and investment, as we focus on growing our economy and creating an enabling environment for the private sector to create jobs. I wish the organisers all the best!

“I would like to thank Alberto Longo and his team for placing their confidence in us and for having worked so closely with us over the past two years. To the Executive Mayor and his team, thank you for everything you have done to make the race possible on the streets of Cape Town. Finally, thank you to Premier Alan Winde for always believing in our vision and providing the support you do from the Western Cape Government.”