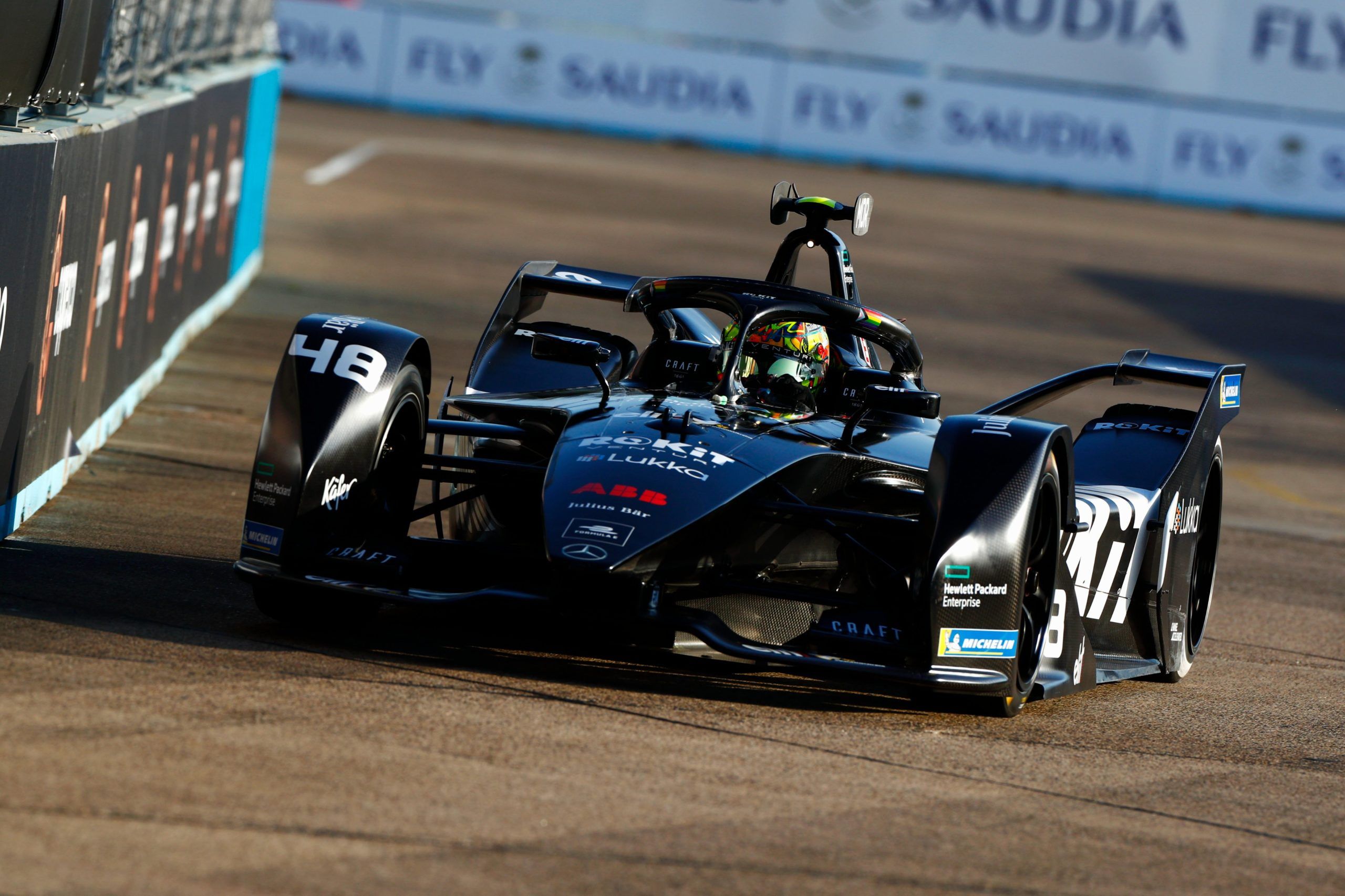 Edoardo Mortara took a dominant victory in Berlin for what was the first of two Formula E races of the weekend around the airfield circuit.

The Venturi driver took the chequered flag with a commanding lead in the end over Jean-Eric Vergne and a charging Stoffel Vandoorne, but it wasn’t all plain sailing for Mortara. He did start the race from pole position, with the Mahindra of Alexander Sims alongside him. \

Behind them were the two Techeetahs of Antonio Felix Da Costa and Vergne respectively. The Porsche of Lotterer passed Vergne off the line into P4, with the Frenchman’s teammate Da Costa challenging second placed Sims into Turn 1, but to no avail.

Vergne locked up later on in the lap, allowing Pascal Wehrlein to pass him for P5, and soon after Da Costa made his way through past Sims into P2 – following him through on the Mahindra was Lotterer who fought off Sims’ attempts to recover the place at the tight Turn 9 hairpin.

Quickly disappearing up the road was Vergne, after a smooth move down the inside of Sims at Turn 6. The Mercedes-EQ duo at this time were lapping at the bottom end of the top ten, with championship leader Vandoorne behind the slower car of Nyck de Vries – the latter was soon instructed to take his first attack mode to allow the Belgian to climb the order.

Similarly fashioned Porsche team orders shuffled Wehrlein down not only behind Lotterer but inadvertently behind the two Techeetahs, with the German making light contact with Da Costa when he made his way through on the Porsche.

During the attack mode phases, Vergne often looked the quickest of the front group, at one time passing Da Costa and soon after taking Sims at Turn 1 during the Frenchman’s attack mode period.

Meanwhile, Vandoorne was quietly climbing his way through the order – up into P2 at this latter stage before activating his final attack mode – as his teammate de Vries languished back in P12, struggling to extract the pace from his Mercedes-EQ.

The race leader of Mortara dived for his final attack mode with nine minutes to go, temporarily allowing Lotterer and Vandoorne ahead of him. Nevertheless the Venturi driver soon got back past the Porsche and Mercedes as Lotterer conserved energy and fell back to P4.

Eventual second-placed finisher Vergne utilised his Fanboost to perfection with a move on Vandoorne with five minutes to go, and he soon lunged down the inside of Mortara in an attempt to take the outright race lead. However, Mortara held on and quickly broke the tow and drove off into the distance.

This moves Mortara up to P4 in the drivers’ standings, with Vergne moving to within only three points of championship leader Vandoorne on 96 points.