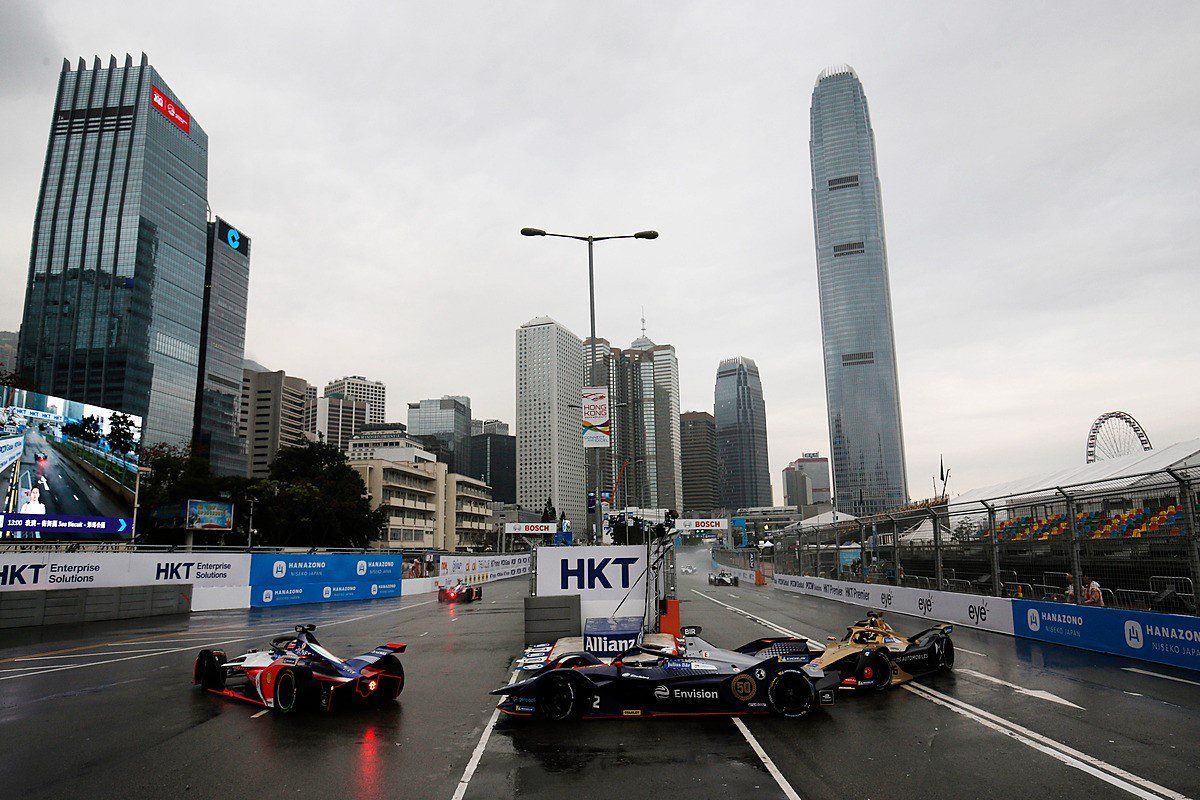 It was a frantic start to the Formula E race in Hong Kong with Jaguar Racing’s Nelson Piquet Jr going off first to cause a yellow flag. There was another incident with BMW Andretti’s Alexander Sims and DS Tecteetah’s Jean-Eric Vergne out-braking as well.

But a much bigger trouble awaited further up the road when GEOX Dragon’s Felipe Nasr with a smoking car hit the barrier. Mahindra Racing’s Pascal Wehrlein couldn’t avoid Nasr’s car and hit the back of him with  Jerome D’Ambrosio clouting the back of his teammate.

It was race over for the three drivers as the race was red flagged to remove the three cars blocking the corner. On re-start, Envision Virgin’s Bird managed to get past the race leader Nissan e.Dams’ Oliver Rowland to take over the lead.

Rowland did the hard work to lead initially as he cleared pole-sitter HWA Racelab’s Vandoorne at the start. The Nissan driver fended off Bird well but a nudge from the latter slowed him down which helped Bird into the lead.

The British racer himself went deep in the corner which allowed DS Techeetah’s Lotterer to pass him for the lead. The two set off in the battle for the win, Vandoorne steadied in third from Venturi’s Edoardo Mortara and Audi’s Lucas di Grassi.

Behind them, the rest of the Top 10 saw Nissan e.Dams’ Sebastien Buemi in sixth leading Envision Virgin’s Robin Frijns, HWA Racelab’s Gary Paffett, Rowland and Audi’s Daniel Abt. But the order did not remain the same for long.

While Bird continued to attack Lotterer for the win at the front, Vandoorne lost out to Mortara for third first, with the Belgian then forced to retire due to a driveshaft issue as the safety car was brought out to recover the stranded car.

Di Grassi was fourth from Frijns, who had a wheel-to-wheel battle with Buemi. The Swiss driver was forced to retire as well with a suspected issue after his fight with Frijns. His teammate Rowland too lost places at the same time to drop out of the Top 10.

The troubles for other allowed Abt to move up to sixth with Venturi’s Felipe Massa also gaining to be seventh as Paffett was eighth from Evans and NIO’s Oliver Turvey in the Top 10. There was a third safety car deployed to recover Rowland’s car.

The British racer hit the wall which broke his left rear suspension. It was then race to the flag as Bird continued to mount on the attack on Lotterer and his aggression worked as the nudge eventually punctured Lotterer’s right rear to end his chances.

Bird took victory in Hong Kong but the Turn 2 incident is under investigation by the stewards. Meanwhile, the clash helped Mortara to score his second podium of the Formula E season in second with di Grassi completing the Top 3.

Frijns moved up a place to fourth with Abt ending up in fifth, followed by Massa, Evans, Paffett, Turvey and BMW Andretti’s Antonio Felix da Costa in the Top 10 as Paffett scored his first points after Vandoorne’s first in the qualifying.

Lotterer was classified 14th but apart from him, there were seven non-finishers from the 22 drivers. Among the driver who couldn’t score points were GEOX Dragon’s Jose Maria Lopez, NIO’s Tom Dillmann and DS Techeetah’s Verge.